Evaluating the Impact of GST on Cost – of – Living of Households

It has been about three weeks since India’s landmark GST (Goods and Service Tax) became operational on July 1, 2017. Its impact on the overall economy business, households, and the government organisations is expected to be multi -faceted and will be felt by different sectors over differing time periods in a dynamic and non-linear pattern. 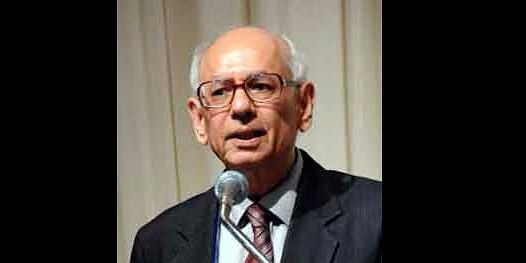 This column focuses on the factors which need to be considered in assessing the impact of the GST on the cost-of-living of households.

The impact of the cost of living is assessed by estimating the amount a household spends on a given bundle of goods and services purchased by a household before the GST and what it spends after the GST has been implemented.

As the household bundle of goods and services differs with income level, preferences, age composition, and others, the impact of the GST may vary across households. Thus, a single definitive answer to the impact of GST on households is not helpful, though there are pressures to supply it.

In the absence of a detailed household expenditure data, it may be useful to as approach the issue through a qualitative analysis of various factors which may impact on the cost of living of households due to the implementation of the GST.

It is important to distinguish between the cost of- living on the one hand and inflation on the other. The latter refers to persistent rise in the price level (e.g. reflected by the Consumer Price Index) year after year; while the cost-of-living refers to short term (it could last for up to six to eight months) on the cost of a bundle of goods and services that household purchases.

To separate the impact of the GST on the household expenditure on a given bundle of goods and services, an estimation of the difference between the effective tax rate (not headline nominal tax rate) on a good or a service previously existing, and the rate applicable under the GST needs to be estimated.

This effective rate needs to be estimated, not assumed. This exercise requires the extent to which businesses and consumers have adjusted to the levying of a domestic tax on goods and services. This in turn depends on the price elasticity of demand and supply for concerned goods and services. Econometric estimates of such elasticity for Indian households are very scarce. In general, higher the price elasticity of demand, less pricing power a seller has.

It is the differential, not absolute tax rate which matters. The differential rate again needs to be estimated, and this is not an easy exercise. Therefore, comparing simple addition of nominal rates of various taxes subsumed under the GST (such as central excise, service tax, and entry tax) with the designated GST rate is an inadmissible procedure to assess the cost of living impact of the GST.

The factors relevant in making the cost- of-living impact assessment may be summarized as follows.

First, with the GST, in general, the tax rate on goods is likely to be reduced as compared to previously, and the tax rate on services increased. However, within the goods and services category, this generalization may not hold for specific commodities in each category.

As households progress towards higher income brackets, the share of household budget spent on services increases and on goods declines. So the above overall trend would exhibit the tendency towards lower burden for low and lower-middle income households, while the reverse is likely for upper middle income and high-income households. This would significantly mitigate the negative impact of the GST on the bottom half of the population.

The GST Council has made efforts to ensure that the GST rates on any given good or a service are as close as possible to the old nominal tax rate to minimize disruptions to households and to businesses.

Second, the differential way rates on goods and on services are affected by the GST, provides opportunities to households to readjust the commodity bundle purchased to minimize the impact on cost-of-living. Provision of timely and accessible information on prices of key commodities to households on a systematic continuous basis is essential to facilitate such a readjustment.

The Union Government, and its tax agencies, as well as that of some states, have been making commendable efforts to monitor and to facilitate GST implementation across the country. These efforts are also helpful in mitigating the impact of the GST on the cost-of-living.

However, a constructive role by the electronic media, especially the regional language print media and social media, opinion-makers, and domain experts is essential to further and more sustainably enable the households to minimize the impact of GST on the cost of living.

Third, global environment of subdued economic growth, lower commodity prices, such as for energy, and in general constrained pricing power of businesses also augurs well for the GST not having a significant impact on the cost-of-living of the households. Favourable monsoon season for Kharif and Rabi seasons this year, as projected by the Indian Meteorological Department (IMD), would also help the households in managing the cost-of-living impact. Given the above favourable environment, it is strongly urged that the government deemphasize the anti-profiteering provisions of the GST, and when utilized, approach them with a ‘soft touch’.

The above analysis once again underscores the urgent need to focus on a system of collecting and analysing household income and expenditure data and making such data widely accessible. Lack of robust data bases and analytical capabilities, including econometric studies, are hampering empirical-evidence based assessment of GST on household cost-of-living. This gap needs to be addressed.

In conclusion, the timing of the GST has been favourable from global and from the domestic perspective in minimizing the impact of the GST on the cost of living. The design of the GST and government initiatives have also helped in this respect. The media and other stakeholders, and the households themselves need to also play a constructive role in adjusting to the GST. A more service oriented culture, backed by technology and professionalism by the GST tax authorities could help sustain the apparently small initial impact of GST on the cost of living over a much longer period.