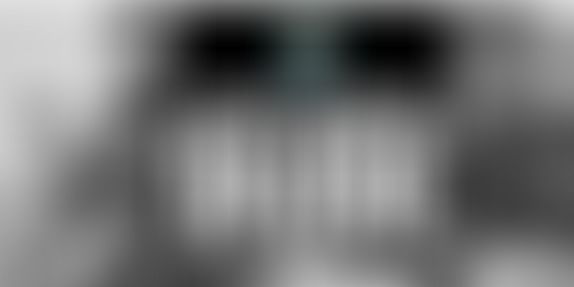 After more than 3+ years of struggle, now our dream has started to become a reality.

From our childhood, me and my brother always had a dream about making a mark in the world, and to pursue our dream rather than working for other peoples' dream. But, I had no idea , my mind was blank except for the urge to do something of my own.

By the time Facebook became a thing in India and Orkut became history, even though we had no internet connection in our homes, we would go to the nearest cafe to surf through the net, and especially really enjoy all the internet "memes" thoroughly. Inspired by many of the much loved meme/troll pages in Facebook, we decided to start one of our own. We had no experience on running a page and frankly it needed much more attention to get new indulging users/ fan following for the page than I imagined. Our first page got to 7000 likes within a year, I still remember getting 10-30 likes per day and I loved waking up everyday just to check the increase in the audience.

Anyhow, the first page that we created and worked on - like crazy, out of the blue, got hacked. I still don't like to recollect the moment cause it was one of the few periods that I'd like to forget. But, the passion inside us didn't die. We learnt a lot from our previous page and we could have easily quit, yet we decided to pursue what we love. We launched our next page with better name, better post and with our experience it got nearly 10,000 likes in three months. Again that page too got hacked.

We took a break from pages as we had no fuel to go further, we tried our luck with YouTube & till date we had no eye on revenue. We pulled of some videos and started to earn from it via Google's adsense program. That gave us fuel to go further, we started our own humor blog and to market that we started a Facebook page for the same. We were back in action. But unfortunately that page did very bad. It didn't even get 500 page likes after months of time. Yet, we earned some more & learned way more. we watched videos & read articles on social media marketing and challenges of Entrepreneurship and we decided that we should give people what they want, and then only expect them to help back. With the blog page, we weren't giving any value to the people but were just pushing links to the page audience. We decided to revamp everything and to have a new beginning.

We thought lot about what people want and how we could differentiate our "page" from all the other mainstream pages. Luckily we ended up deciding to get a "character" for our page who has the personality that we thought the youth would really love to follow. That's how we created our page "Dude" with "Dude" himself as a stick-man - with a very good sense of humor.Facebook had developed better tools for protecting pages from getting hacked and we opted to use that too. This page, from day one was a hit. We put in some advertising money into the page and boom, we started to get like 20,000 likes per week. We kept intact with our principles rather than pushing links and earning easy money. After three months we hit 100,000 followers. After 5 months we hit million.

After hitting the million point, we had some affiliates and earned good. During this time period Facebook started to reduce all pages reach drastically. We usually got around 10,000 like for every posts started to receive only up to 5,000 to 6,000 likes for each post. Facebook had mainly two agendas:

1) As there were lots (Billions) of daily active users for Facebook, if its algorithm was in a way that it showed all posts from all the pages that a person has followed/liked to that person's NewsFeed, it would become too congested. To solve that, Facebook decided to only promote a page's post to large audience only if the post got very good reaction from initial -"actively following users".

2) Apart from the NewsFeed Issue, there came Facebook's "revenue model" which included the paid promotions through their ad platform. Therefore they reduced all pages reach in order to make publishers to spend more on promoting their content.

At first, we felt frustrated on the reduction of the page's reach and we were struggling a lot for paid promotions and to get more engagement. At that time we had more than 2.5 million followers. Many similar page owners were going against Facebook and started to quit. But we thought Facebook was not doing anything wrong but only giving other normal users better experience and only fairly practicing their revenue model. All the 2.5 million "followers" weren't actually our users. It was Zuckerburg's. His users, therefore he can do what he wants to do with them. This thinking gave rise to the riskiest, most challenging and adventurous phase of our entrepreneurial  journey- we decide to create an app for our audience and accumulate  our own users & give them better experience than other medias.

We researched about the app market and received lots of quotes from different app building companies. We had a condition of building an app to the at-most perfection in our budget. We had to re-invest almost everything that we had made till date. We got another partner who was ready to brainstorm and to put some more money into the app development. After 3 months of painstaking hardwork, we were ready to release the app. We started the pre-launch marketing through email subscriptions and within 2 days we got more than 6000 people wanting to receive the app. We released the app. "Dudeapp" on early December 2016. There were major bugs with the app, yet we struggled & somehow manged to get them fixed and continued our marketing. Now we have 50,000+ users with plenty of active users & we hope to improve the app drastically in the near future after receiving investments of some sort. The app has been featured in news articles & the Facebooks' Fbstart mobile app promotion platform has granted us $40,000 worth of tools and services for improving the app. All we have to do now is to push ourselves to the next level by bringing in more features and unparalleled User experience, and I know we'll somehow achieve that too.

Check out our page: Dude | Our app : Dudeapp | Connect With Me On LinkedIn: Jaison Thomas

[About the author: Jaison Thomas is an entrepreneur, speaker & a writer. He co-founded the digital marketing agency, Blusteak media.]