Five Years of Mobile Applications: The App Story of India 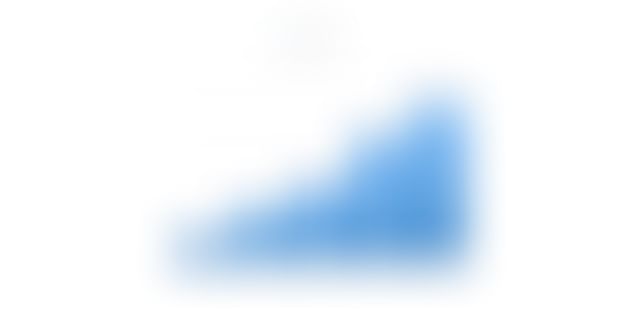 If we are labeling India as a developing country, then time has come to add an adverb to developing, and that is – rapidly developing. India is a briskly developing into the country of opportunity that has successfully surpassed the global app usage growth.

Previous year’s report suggests that there is 131 percent increase in the mobile app usage amongst Indians. Also, the IAMAI report indicates an increment of 52 million people with regards to internet access in India. A year back, there were more than 60% of the consumers accessing the internet via mobile phones. This gives us the figure of 213 million of people in India using the mobile app.

Slowly but gradually mobile apps are creating impact in India by redefining the consumer behavior. The graph below pretty much tells the story of how India has evolved regarding mobile app utilization. 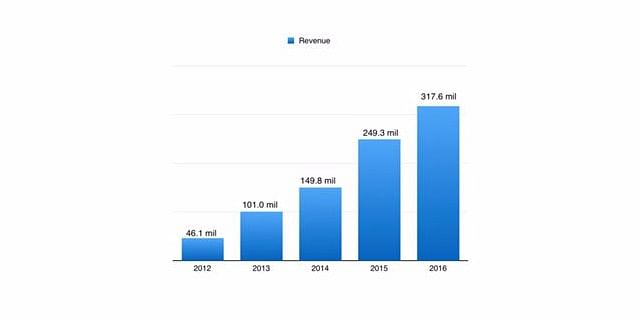 Pondering upon the data of total mobile app downloads it is easy to figure out that Indian mobile users downloaded more than 9 billion mobile apps cumulatively last year compared to 1.56 billion in 2012. These 9 billion app downloads in India in 2015 contributes in generating the revenue of Rs.1500 crores, compared to 1.56 billion downloads generating the income of 900 crores. (Source: Deloitte India’s TMT report) 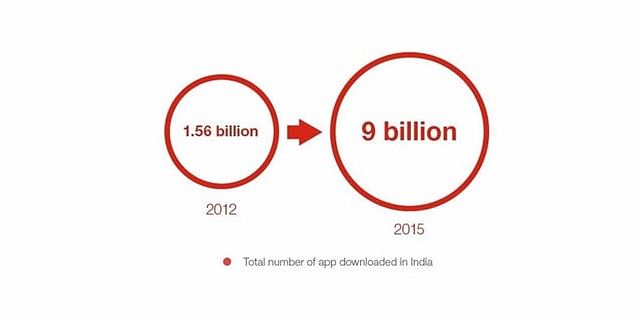 There are plenty of mobile apps which fared well in the app market in writing the growth story of India’s app market. Speaking of the apps with the most number of downloads, Whatsapp is the clear market leader followed by UC browser and Facebook.

However, one of the most crucial factors which go unnoticed in this bay of data is the app penetration in India. Because 70% of the mobile population using apps comes from the top 5 metro cities of India. According to Meeker’s report, 65% of people accessing the internet in India  do so from a mobile device and 41% of e-commerce in India takes place on mobile. 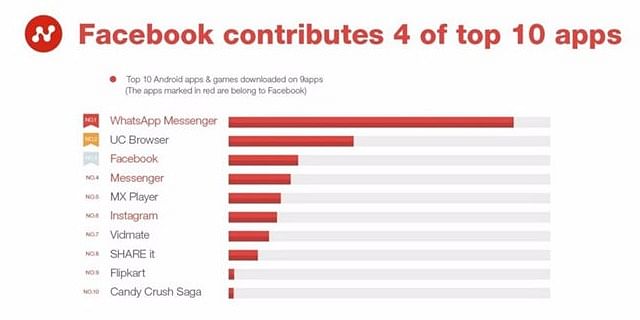 However, this has opened the floodgates of eCommerce for Indian consumers. In last three years, the growth of eCommerce market has skyrocketed to 80%, beating even the global players like Alibaba and JD.com. 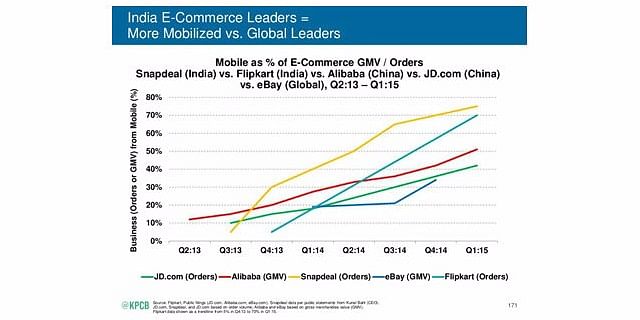 According to the report’s statistics, one can figure out that Most of the Indian eCommerce leaders are becoming more mobile-centric as compared to before. Snapdeal's 75% of orders comes from mobile apps while the same holds to 70% for Flipkart’s orders

As per Journal of Business Cases and Applications, India represents the largest population of potential new users that is available. The fact is that due to easy, fast, and reliable internet services blending well with Indian youth who has a significant contribution to the mobile app revolution, have worked in favor of developing a rapidly growing mobile app market in India. More than 50% of mobile app users are between the age of 18 t0 24. 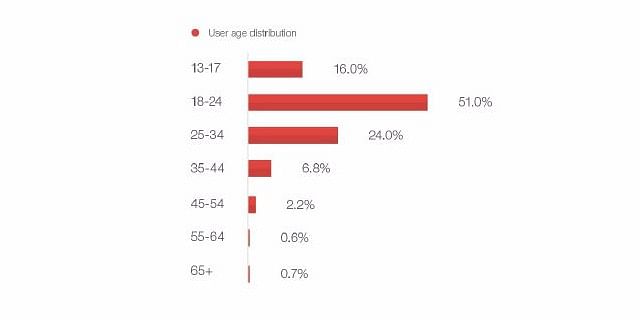 The revolution ignited in the metros, and tier-II cities of India are now spreading even to the rural markets. Now that service providers are aiming to catch the burning flames of metros with 4G, rural India can soon expect cheaper 3G services.

The villages in India are now poised to become active smartphone users. Also, major mobile service providers are targeting rural market with 4G in the longer run. Smaller, local mobile handset companies are dropping the prices to hit the rural market as well because this is where the mass market of India lies. Also, IMRB report suggested only 9% of internet penetration in rural India last year and therefore there is still a long road to cover.

However, winding back the history from where it all started back in 2012, India has come a long way regarding adapting the rapid change. Also, one of the most compelling factors about apps in India is the mushrooming of the mobile app development companies in India.