We are in a crisis we don’t acknowledge 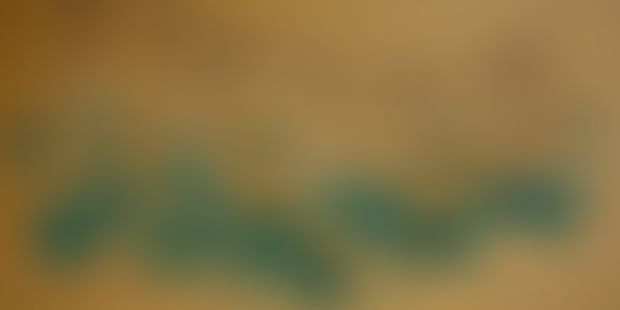 Water being a shared resource, the onus is on us to make its judicious use so that others are not troubled by the non-availability.

I was sitting on an uber comfortable Barcalounger with gigantic headphone over my ears. An ethereal voice was asking me to close my eyes, relax, think of something that makes me happy and form a picture of said happiness in my mind. Next thing I knew, I was being woken up from a deep slumber by an irate tone, “Sir, it’s time to leave”.

That was essentially my one and only encounter with meditation. Granted, I remember soft cushions more than the meditative tribulations but let’s go with the flow here.

Why don’t we close your eyes and try to imagine a world on the verge of apocalypse?

Pardon the Hollywood-esque dramatization! Let me paint a different picture instead.

How about major cities running out of water completely?

Reservoirs strained to near dead storage levels due to an onslaught of drought for years on end?

Citizens forced to queue up at water collection points for their daily quota of water?

Sounds far-fetched? Come on, that’s 50 years into the future. Reality check is happening right now. At this moment, in Cape Town, the capital of South Africa.

In a typical doomsday-like fashion, July 9th, 2018 has been forecasted as Day Zero – the day when household water supply will cease because of its unavailability. It has taken only 3 years of drought to bring this prosperous and burgeoning city to its knees. With all its advancements and access to first world technical know-how, a natural question to ask is, “Why couldn’t Cape Town prevent such an acute water scarcity?”

Let’s come closer home, to Marathwada region of Maharashtra. While the drought scenario is relatively new in Cape Town, Marathwada has geographically always been a water scarce region receiving low monsoonal rainfall. Drought like conditions have been a common occurrence here for the past 10-15 years with a severe episode in 2012 which still haunts the locals.

On top of this, the changing climate has exacerbated the situation by causing a severe variation in the distribution of rainfall. You would expect the community to adopt significant water harvesting measures to tackle such challenging conditions. The reality, however, is highly counter-intuitive.

Water intensive crops like cotton and sugarcane are sown in abundance as cash crops. In place of harvesting rainwater, one can observe severe exploitation of groundwater by using dug-wells and bore-wells. As a result, groundwater levels have gone down faster than ever. Wells tend to dry up quicker because of over-extraction.

A common response to this is to dig deeper and wider wells to meet the requirements. Farmers can be seen resorting to further exploitative techniques such as digging horizontal bore-wells. These are horizontal tunnels of approximately 3 inches in diameter which are dug through the walls at the bottom of dug-wells, as long as 200-300 feet. They tap groundwater that otherwise doesn’t seep into the well.

A single dug-well can have up to 5 or 6 horizontal bores so as to maximize the water availability. The water dynamics are further complicated by how farmers prioritize and misuse available water. Crops are given first priority to the extent that whenever some water collects in the well, it is invariably pumped out into the farmland without taking into account if it’s even required. This tendency of using up water whenever it is available eventually leads to an over-dependence on water tankers leading to unsustainable outcomes.

The trouble with water is that it’s everywhere when times are good but nowhere when the chips are down. Scarcity of water manifests itself only until last minute when there is hardly anything left to do like what’s happening in Cape Town. You reach the point of no return beyond which it’s impossible to rectify the problem from within.

Moreover, water being a shared resource, the onus is on us to make its judicious use so that others are not troubled by the non-availability. It is undoubtedly easier said than done. When was the last time you turned off your taps thinking if your neighbor is going to be left with enough water? That’s exactly what happens in agriculture as well.

If there are three wells belonging to three different farmers which tap water from the same underground reservoir, more often than not, one of them will begin exploiting it. This overuse will then trigger the other two, in the same way, resulting in a depleted reservoir and water scarcity. The same behavior led Cape Town dwellers to continue using more than the regulated amount of water for months till Day Zero started looking real.

This was followed by a common response of blaming the government for failing to secure water for its citizens. This is akin to farmers blaming the Panchayat for not bringing in tankers to fulfill their needs. Naturally, this begs the question as to what could be a reasonably well-placed solution here.

That’s exactly where my organization, WOTR sets high ambitions. It holds the community responsible for its water-related inconveniences. While the project has high standards of water governance in villages, it primarily looks at preventive measures to thwart water crises. Under that, village level laws such as a ban on free lifting from water harvesting structures and limiting bore-well depth have been drafted.

These are being put into effect by Gram Panchayats, and one way to do that is by putting financial repercussions for the offenders. Apart from this, water budgeting looks at assessing the amount of water available in a village and planning respective cropping patterns to prevent water deficit. It aims at inculcating a strong sense of ownership among the stakeholders and also promotes the idea of collective action trumping individual measures in tackling an issue as widespread as water scarcity.

Now, here’s my two cents on this. A smart individual once said that if you believe there is a technical solution to a problem, do you sit back, relax and wait for that solution to present itself while the problem grows bigger and bigger? Or do you fight it, relentlessly, like trying to bring a change in policy, to keep it from growing, which is an excruciatingly slow process in itself? Or do we keep doing both? Pondering on this, I’ve realized that there are two things that I fear:

Getting attached to the problem to an extent that no solution seems good enough and meanwhile, losing objectivity.

Aligning with the school of thought that water scarcity can only be solved through behavioral change.

The problem with latter is that humans are not historically good at changing their behavior. We don’t do it unless we are forced by our circumstances. In that case, the solution lies in waiting for the exact moment when we reach a tipping point and have no other option left.

There lies my disappointment with us humans in general. Are we so selfish as to not recognize an imminent threat just because it requires us to act collectively? You decide. After all, these are the ramblings of my mind in the ninth month of the fellowship, and as I reflect upon it, I remember Dumbledore saying,

“Of course it is happening inside your head…but why on earth should that mean that it is not real?”

- Harry Potter and the Deathly HallowsComing back to reality (or was I already there?), an individual level, we have taken water for granted for too long now and maybe, just maybe, events like Day Zero can cause those minuscule one-degree shifts that can bring about a sea-change in our attitude. I say attitude, not behavior because it seems like a more positive term. It would probably require the best traits of humankind to come together for the cause. Because in future, water, after all, might not be everywhere you see.

About the author: Saumyadeb is an India Fellow from 2017-18 cohort, working at Watershed Organization Trust, Ahmednagar, Maharashtra, with local communities in a participatory approach to better plan and implement their water resource management and utilization.