With the innovation of Digital Marketing in India, brands are opting to optimize the use of social media with creativity yet informative content to spread brand awareness.

With the innovation of Digital Marketing in India, brands are opting to optimize the use of social media with creativity yet informative content to spread brand awareness. In the second quarter of 2016, brands brought forth the power of innovative content marketing strategies connecting with consumers more in visuals.

The Science of Cool campaign was launch by LENOVO India with the stand up comedian Sahil Shah decoding the art of viral videos. On social, the fun was filled with creative contest and entertaining videos describing the cool features of the newly launch device. This campaign was indeed a huge success in second quarter of 2016 with Sahil.

In this summer, Lipton Ice Tea came up with innovative '100 days of summer' campaign. This campaign was crafted to refresh the minds of people with sharing chilled recipes by recipe maker Shailarna and videos and gifs initiated by comedian Jose and magician Neel. Lipton Ice Tea captured the social media with sharing of campaign loved by 100s of people.

Mahindra Mojo, a two wheeler by Mahindra was recently launched this summer in MAY. To promote the Mojo, brand came up with the campaign named 'Born For The Road' describing the spirit of riding in the tribes. The promotion was initiated to excite the adventure lovers creating the product awareness with its stunning features.

The campaign 'Hate The Pimple' by Himalaya Men was launched featuring the cricketers from the RCB IPL team. The campaign included Virat Kholi, Shane Watson, Stuart Binny and Sarfaraz Khan capturing the audience attention into grooming and confidence. This ad was based on the insight that men too hate pimple and sometimes hesitate to admit it.

The one of the amazing online marketplace, Amazon India started its digital storytelling campaign by launching 'We Indians' celebrating the series of typical Indian weirdness. The quirky video series of 'We Indians' addressed the major concerns of Indians about shopping online from websites. The contest launched and visuals created provoked the social media sharing the buzz in the online shopping industry.

The young startup whisky brand from Diageo's United Spirit launched digital platform for real life success stories of an actor, a photographer, a drummer and many more. This platform featured the struggle and transmission from pay paying corporate jobs to follow passionate dreams. Hence, #PassionToPaycheck campaign is spreading inspiration among us.

To connect with the IPL fans, Britannia launched the '5050 Fusion' campaign during RCB matches. The main motive behind this campaign was to rekindle the perfect taste of Britannia with RCB team members. The creative content invited users and fans to have a chance to meet RCB cricketers creating a buzz on social media.

'Ride The Thrill' digital campaign by MRF Tyres, who is a Global Partner of ICC events, made its debut this WT20. The concept of this campaign was to bring together the Indian Bikers who are the lovers of T20 cricket creating the thrill on the 'Ride The Thrill' app. The videos, mostly starring Virat Kholi, made a huge way on the social media platforms.

This summer, Shaadi.com, one of the biggest online matrimonial site introduced its digital campaign titled #NotForSale. The campaign was a social initiative crafted to build an understanding that Indian men are not for sale in marriage market. The series of #NotForSale aimed at spreading word about the effects of dowry.

Surf Excel, the detergent brand by Hindustan Unilever highlights its digital marketing strategy with an amazing ad campaign titled #ReadyForLife. The heart warming simple message by this campaign is to make our children ready for life, generosity and compassion adding more values to their roots. Basically this ad was an extension of main tagline 'daag acche hai' to connect with consumers better.

The SRK's film 'Fan' by Yash Raj Films had been populated on social media with the video series of 'Tu Nahi Samjhega' featuring real fans. This promotional attempt worked well as the movie was based on the life of real fan of SRK. This contest brought online excitement as audience participated with equal enthusiasm.

To promote the child education plan, Axis Mutual Fund came up with innovative digital campaign titled 'Do Your Homework'. The campaign by video focused on spreading awareness about the education cost in the future and let an helping hand to parents to secure their children's future. This initiative was to make parents understand financial security of child's dreams.

The spunky visual campaign 'Dirty Little Secret' by BBlunt influenced bloggers to share their own 'Dirty Little Secret'. The promotion of BBlunt's Back to Life dry shampoo led an tremendous impact on the social media letting it viral on YouTube, making Dubmash videos and Content creation of it by lifestyle bloggers.

The fastest growing DTH company, Tata Sky, launched its 9th digital marketing campaign titled #PyaarJingalala. The advertisements of this campaign brought forth the beauty of life along with love enhancing the brand's connect with audience in a lovely way. The Tata Sky's campaign provokes the brand love and engagement of consumerr through ads.

This May, GAIL India partnered with HawaBadlao, brought together a digital film promoting the motivation with adapt the environment friendly habits and indulge in reduction of pollution. The social media got leveraged with the hashtag #GiftAMask sharing the importance of reducing pollution.

The latest campaign introduced by Pro Kabaddi League was an ad approaching audience to watch Star Sports Pro Kabaddi League back on 25th of June. The Chanel released this campaign with tagline 'Don't Watch Fake, Asli Panga Dekh' capturing Indian hearts. This brand strategy was one of the best in 2016 transforming earlier versions into innovations.

In celebration of Mother's Day, Bajal Electricals crafted an campaign to salute and appreciate the presence of a mother for making us what we are today. #RightfullyHers campaign rolled out a short film capturing hearts of many by tagline 'BAJAJ we are family'. They indeed made Mother's Day special with the power of such digital marketing strategy. 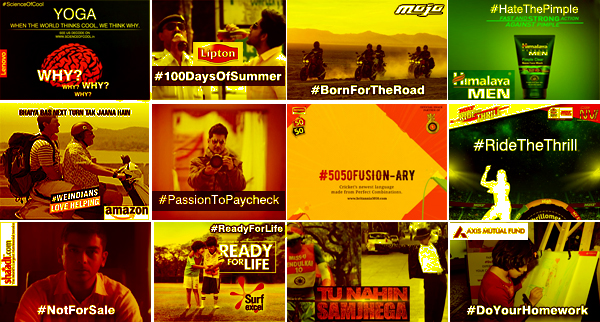 undefined
This is a YourStory community post, written by one of our readers.The images and content in this post belong to their respective owners. If you feel that any content posted here is a violation of your copyright, please write to us at mystory@yourstory.com and we will take it down. There has been no commercial exchange by YourStory for the publication of this article. 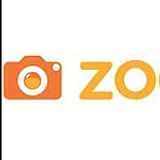 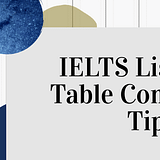