Glossaread: A Platform Solving Problems in the Content Economy 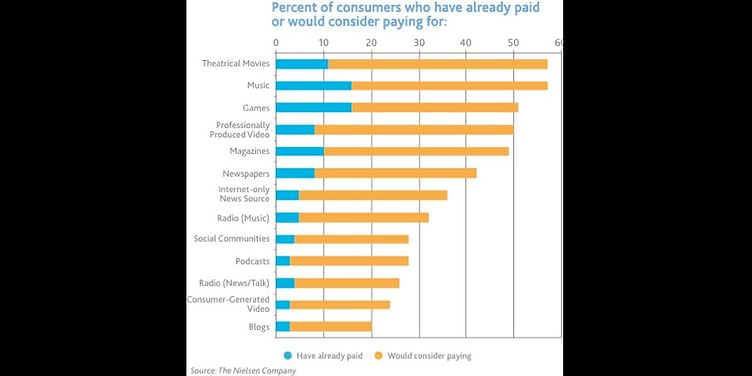 Glossaread Technologies Pvt Ltd is building the world's most powerful content monetization engine by enabling User Pay . Glossaread is creating a self serve content monetization platform where content creators can come and publish their "paid content"​/ "enable smart user targeting"​ / "price"​ their content and see it get sold through the right target segments buying it. Content Creators of all types will aggregate here: Authors-Bloggers-Newspapers-Magazines-Education Publishers.For the "Users"​ this is a pay as you go model, no more of running subscriptions or buying full books or an entire volume. Glossaread just enables single pieces of articles/ single chapters . #justpayasyougo #createyourowninformationplaylist .

Over time, content creators have struggled to monetize their brands to stay in business. Although they have tried to balance business objectives with their personal ones, breakthrough technology has left them feeling alienated.

Most of these content creators remained the same within the volatile environment of consumer change. They continued to depend on the revenue economy and created a multi-billion dollar behemoth: it called itself advertising.

Meanwhile, technology did not have any favorites. It rode the world through an unfathomable change that made 88 percent of 1955’s top Fortune 500 companies obsolete.

Also affected by this change, the consumer was sucked into a black hole of technology and he was not going to come back. He changed culturally, socially, and evolved into a tech-savvy being. Now, he loves to dabble with Snapchat and Tinder and shamelessly so.

Content creators need to figure a way to reach him, or else they must prepare to rest in peace.

THE MOVE FROM ADVERTISING

For the last four decades advertising has been the main form of content monetization. However, it has nothing but abused the system by pushing itself to power and positions so large and arrogant that it has almost reached a point of no return.

The consumer has had enough of this.

Content creators realized, back in the early 2000s, the perennial damage of focusing too much on advertising and not addressing their consumer’s needs. They soon started fighting to change monetization practices.

Consumer interest and loyalty came to the forefront and some content creators began generating exclusive content with little or no advertising dependency. Subscriptions were the answer. However, this was just a start, to say the least.

As many began to realize the perils of advertising dominance, brands like the New York Times (NYT), and the Financial Times (FT), began to create parallel, nondependent ecosystems. The new belief stressed that the user, and not the advertiser, was the true determinant of content value.

The market grew from zero to US$10 billion in the next 12 to 15 years. This brought in players like iTunes, Netflix, Hulu, Spotify, FT, NYT, Lonely Planet, and many others.

It would be unfair to say that the advertiser funded ecosystem didn’t grow at all in this time. In fact, it grew faster with smart technology companies like Google, Facebook, and Yahoo who built smart algorithms ripped from traditional content monetization techniques. These companies created nontraditional modes of advertising through search engines and social media.

The landscape of advertising revenue had changed and shifted overnight. Traditionally strong global brands like NYT or BBC saw the walls collapsing and the ground slipping away. It was late yet they needed to stay relevant.

Meanwhile, the consumer started paying for subscription-based content (good quality, premium content for a fee). However, he eventually felt he was paying too much for what he consumed.

The consumer had too much on his plate: travel, work, family, entertainment, and much more. He quickly realized that he was consuming only less than 10 percent of all content that he paid for. He was discontent with his subscriptions, and that’s the problem statement.

The issue of piracy

Authors, bloggers, writers, and content publishing companies had their own challenges of monetization. Piracy was a massive problem since the consumer could not afford expensive books.

Some of the world’s leading publishers have lost billions of dollars from piracy particularly in education markets like India, US, UK, Northern EU, AU, and others.

These content creators couldn’t get alternative platforms or sources of monetization other than Google or pesky publishers who would pay a pittance as royalty. Yet another problem Statement.

Content creators had to release the gridlock. The need arose for a stronger monetization opportunity: single-piece platforms.

Through these platforms, content creators of all types would make clean, ad-free content of superior quality in single sections (i.e. chapters instead of books, articles instead of whole reports). Users can buy each section based on their usage instead of a subscription-based model, where they must pay for content they may not consume.

Here, the user is able to create his own “playlist of information.”

These types of platforms will enable content creators to sell their ebooks, posts, and articles in the form of chapters at a cost cheaper than photocopying or subscription models.

This is likely to create massive disruption for users, increased reach, and revenue for publishers by limiting piracy. The user’s need for an entire book or subscription is broken down to “pay-for-what-you-need” (i.e. e-chapters ).

This could impact piracy to the tune of almost 15 percent in the next 24 to 36 months in developing markets like India.

This is not to say that the ad economy will not exist; this is to say that a parallel behemoth will grow exponentially.

Readers are willing to pay

The content creator has to get over the traditional belief that, in order for people to be interested in their content, it must be subsidized. In fact, according to the American Press Institute’s research millennials are willing to pay for digital content, news, music, and much more.

Content creators will be able to use single-piece platforms to reach out to millions of consumers who are willing to pay for good and superior content.

Some of the latest research supports that millennials are even willing to pay for categories like news (digital, offline, or both). 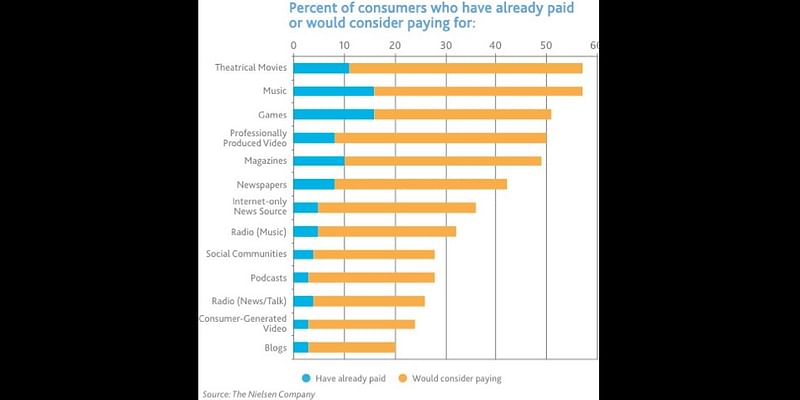 The American Press Institute has been doing a lot of research to find how keen millennials are willing to pay for great quality of content.

A large number of consumers are willing to pay for even news content (digital + print). The consumer has spread themselves across different categories, which are driving the global paid content economy.

New trends will emerge as data fragmentation slows, and all the 7 billion people on the planet will be known by unique IDs. Device ecosystems will become agnostic to use and consumers will be known through single data points as devices and data converge.

Content will seamlessly be consumed without worrying about different devices or the real estate of the brand logo. (e.g American Presidential elections will be as much consumed on brands as much as on aggregators.)

Through all these upheavals, it is important to always stay prepared for the changing consumer behavior so we can build ecosystems through technology and create effective alliances to stay relevant.