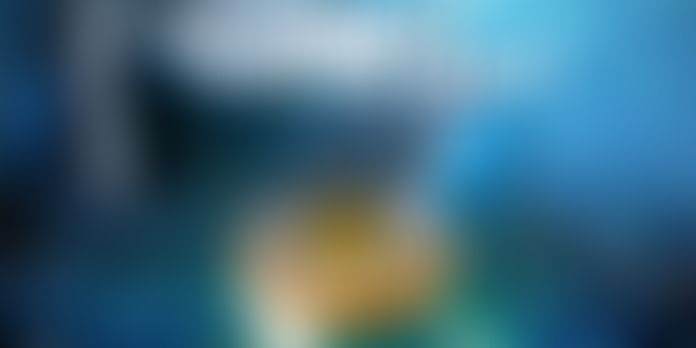 Before you know the best Smart Contract platforms for 2020, you must be aware of the fact that for the last 2-3 years, cryptocurrency has been one of the most discussed topics.

Bitcoin also had unbelievable price rises that must be taken into account. Its value increased from more than $900 in January 2017 to $20,000 by early December.

Two famous Altcoins like Ethereum and Ripple had even more price increase. All this brought about an increase in the cryptocurrency investment and blockchain technology that underwrites them.

Some people also know that 2017 was an ideal year for the ICO. Through ICOs or Initial Coin Offering, companies earned an astounding amount of $6 billion in 2017.

Although the figure seems surprising, the figure was surpassed in 2018’s first 4 months. All must be sufficient to let you know the influence of the ICO.

ICOs are made possible due to blockchain-based smart contracts. Here, the focus is on providing you with 5 top smart contract platforms for 2020:

Hyperledger Fabric is known for being one of Ethereum’s competitors. In 2015, the project of Hyperledger started was set up the Linux Foundation.

It is an open source project with the intention to support the development of blockchain-based distributed ledgers.

Hyperledger Fabric has turned out to be an outstanding smart contract platform that has proved itself a really feasible Ethereum platform alternative.

It is co-developed by IBM and a permissioned blockchain infrastructure that makes possible the execution of smart contracts or chain codes.

Hyperledger developers, similar to Ethereum, have created a set of very helpful tools which include Hyperledger Composer (a javascript-based set to tools) making possible for a developer to create smart contracts conveniently without wasting time.

It’s possible for a developer to create smart contracts in javaScript using Hyperledger Composer, in Go, and with other famous and common programming languages by installing the relevant modules.

This is something that makes Hyperledger more flexible. Here, a developer is not dependent on a single language like Solidity to code their smart contracts in.

Moreover, it’s a permissioned network, which means that those participating in the network having known identities. It makes it the perfect choice for companies aspiring to create smart contracts, but they need to adhere to data protection laws which need to be known.

There are some advantages of Hyperledger not having its own token system; it restricts the types of smart contracts which can be conveniently deployed through its platform.

For the company willing to create smart contracts which include the requirement for some payment transfer form, for example, ICOs, such companies should adhere to Ethereum etc for their betterment.

A large number of people know Ethereum Project owing to its token, Ethereum or Ether or ERC-20, while many don’t know about its being one of the most exciting startups in the last decade or two.

It is considered the world’s leading smart contract platform and has become the ultimate choice for uncountable developers.

This platform got live for the first time in July 2015. Ever since, it has widely grown and now makes possible smart contracts for all from online games to ICO. In fact, most of the ICOs now utilize the A ERC-20 token standard for facilitating their offering.

The Ethereum’s smart contract platform beauty is the degree of standardization and support it provides. Ethereum, having published clearly defined rules for a developer to adhere to, makes smart contract development more and simple and less risky.

On the support side, besides having the biggest market capitalization of all the smart contract platforms, Ethereum is investing all it has to improve the way in which smart contracts are developed and operated.

To achieve this purpose, it has even built its own smart contract programming language, Solidity, that not only helpful for standardization but also for setting up contracts.

There are a few minus points of Ethereum. Many security issues have exposed serious problems in the platform. According to a recent study conducted by the UK and Singapore researchers, it was found 34,000 Ethereum based smart contracts were not safe from bugs.

Whereas, Ethereum has been found to be fast to deal with many of the bugs in its own code, which includes releasing ERC223 and ERC777. There is still a huge problem with the code being written by smart contract developers using this platform.

Despite all that, Ethereum is still and widely regarded as the best general use smart contract platform. It is usable for all from ICOs to facilitate smart contract use with nearly any kind of decentralized application.

The thing that must be kept in mind is Ethereum’s success itself. The network of this has been recorded as frequently running at 100% capacity. It may be intimidating for the developers needing the guarantee that their contracts will always be processed fast.

Stellar, established in 2014, is maintained by the Stellar Development Foundation. And, it has been considered one of the most exciting blockchain startups.

A large number of recent good news stories which involve big businesses deciding to implement the Stellar platform into their current infrastructure has convinced industry specialists that the Stellar network will make its own value and place.

One of the important fields in which companies are planning to implement Stellar is in making international payments easy. In 2017, it got a partnership with IBM and KlickEX to provide a new low cost method to transact cross-border transaction in the South Pacific region.

If it’s about the best platform for smart contracts, Stellar is much easier to utilize in comparison to Ethereum, but may not be easy like Nem. however, it is really developed to make easy smart contracts possible like ICOs.

It’s all because Stellar is mainly a money exchange and so operates along those lines. If you wish to create more sophisticated smart contracts for Dapps, for instance, then it’s not really the platform to utilize.

If Stellar is implemented for easier smart contracts, Stellar performs much better than its competitor Ethereum when it comes to speed and security.

The average transaction cost with Ripple is $0.0000002. To let you know how huge value it is, we find it necessary to mention that Ethereum costs nearly $0.094 for such transaction.

Waves, launched in June 2016, is an open source platform that focuses on dealing with existing obstacles that come to the way of more mainstream blockchain implementation, particularly scalability and speed.

Similar to Ripple, Waves has also made its own identity as a platform for making token operations possible. It is considered an ideal platform for ICOs.

It takes only a while to create your own tokens on the platform which is very easy to do due to requiring almost no technical knowledge.

Nem, launched on 31, March 2015, has become the first choice of many developers due to being written in Java, which is one of the most used programming languages worldwide.

It makes it easily accessible, for it doesn’t need programmers to have to learn a platform-specific programming language like Solidity etc.

And, another thing is that Java is more developed that’s why it has less security vulnerabilities in comparison to platform-specific languages like Solidity.

Nem platform has recently released the Catapult or Mijin v.2 update, which as per experts, has rendered it the safest smart contract platform in the world.

Nem is highly scalable, and that’s why it is sold so much. Moreover, while Ethereum can deal with nearly 15 transactions per second, Nem can manage around 100.

All these reasons make Nem the best choice for developers across the world.

If you are in search of the best Smart Contract development services, then ValueCoders is the last point of your search.

The company has experienced and highly-trained, and dedicated developers who have been giving their clients the utmost satisfaction with their unquestionable professionalism since its foundation.