5 Incredible Teen Entrepreneurs That Are Inspiring 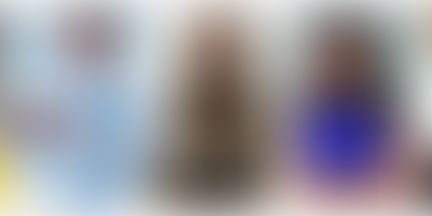 It is not unheard of to hear about young entrepreneurs that are in their 20s. However, it is quite remarkable when you hear of teens starting their own companies. And there are actually several incredible teens that had started their companies, and let's go over 5 teens that had started their own companies because they had a vision, were determined to succeed, and believed in themselves!

This youngster, Mikaila Ulmer, was stung by a bee but overcame it because she had the vision to create the Me & the Bees lemonade brand and did so at the age of 13. When she was just 9 years old, she had made $11 million selling lemonade and that vision of hers to create something big just kept growing. She ended up striking a deal with Whole Foods Market, and she is also donating her proceeds to bee conservation charities as well as going on public speaking tours and engagements. She is doing a great job of balancing business and school, and she is quite inspiring.

At the age of 17, the founder of Halfcode Richard Black was inspired to create a startup to provide technology to those who are in need and have disabilities such as deafness and blindness, to help them to become independent. This desire was spurred by his best friend, who suffers from partial deafness. He wanted to create something great in the world and this is why Halfcode’s AI technology that is being implemented to help those who have hearing and vision impairments become self-sufficient is such a great bonus. It helps boost their self-esteem and self-confidence as well because they have gained their independence through the use of this innovative AI technology that Halfcode provides.

The one thing that parents of young kids struggle to find often is a good-quality babysitter. And that is why Noa Mintz wanted to establish her amazing business at 12 years old, Nannies by Noa which is a matchmaking childcare service! And her company expanded very quickly because this is exactly what parents of young kids need - the best type of caregiver or nanny to hire for their kids.

Mintz has been on many podcasts, featured in many publications, and has been traveling a lot. However, in 2015 she had to hire an experienced CEO to take over because of the fact that she was becoming distracted from her schoolwork and knew that she had to find a way to balance both. Hiring the CEO was the best decision she made so she continues to reap the benefits of her creation while she focuses on her studies.

Rachel Zietz, who is the founder of Gladiator Lacrosse, is an incredible teen. She has a passion for sports and at 13 she established the company selling sportswear online and by 15 she became a millionaire by herself! She has had a lot of exposure and been on television, featured in magazines, and has been traveling a lot to make appearances.

In 2018, she made over $2 million and is currently studying economics at Princeton. She spent her childhood basically learning how to make money and she made it happen!

Ben Pasternak dropped out of school at 15 and ended up creating his own buy and sell app Flogg for teens as well as Monkey, a popular video chat platform and made $2 million quickly from it. His passion was not anything he had learned at school. He journeyed on his own and turned himself into a self-made multi-millionaire.

If these 5 successful teen entrepreneurs can do what they did, then this just shows you that if you put your mind to anything if you have the desire and drive!