5 takeaways for people working in Sales from Dhoni-Jadeja partnership 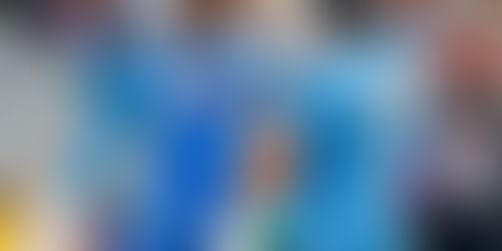 Imagine it’s the fag end of closing and a revenue of 240 can fetch you and your team a great appraisal, recognition, incentives and so much more in 10 days only out of which you know 7 of them potentially would be working days. You fail on continuously on day 1, day 2 and at the end of the 3rd day you have just touched a revenue of 5. Recovering from a cumulative figure of 24 in 4 days, to 71 in 5 and 92 in 6, there was no way you could have touched 240 from 10. But what happened next was nothing less than a miracle. You suddenly reach at a revenue of 208 by the end of the 7th day and the team missed out on their target.

Everyone in the office was sad as they were so close and yet so far. But, can you sense the sadness which the team would have felt when they were so close and missed out by just 18 despite a low start? I am sure not for a sales profile but when it comes to cricket and chasing 240 in a crucial semifinal it does break our heart – one more time.

Below are 5 key points which every sales person should take away from Dhoni-Jadeja Partnership.

1)     Follow the process – 9 out of 10 times process would assure you success and the 10th time it would give you a learning worth a lifetime which would help you build process for future. Processes with right intentions and efforts never go wrong. You win at times and you learn when you don’t win. Jadeja did exactly the same thing while he was just a substitute fielder team India and almost won it for us when it mattered. In sales too, every effort of yours is a part of the process. Not every sale would be closed in 1st meeting but the idea should be to follow and improvise the process to maximize the results.

2)     Every client matters – MSD and Jaddu exactly did it right for most part of their partnership. They played dot balls to control the situation, ran singles, converted 1s into 2s, even hit the boundaries and thus took the game deeper. The same way, no deal/client is small. The big clients also once started from a small revenue only. Value them all.

3)     Having guidance from a Mentor helps – A lot of us fear our bosses. Why? Because we feel that they expect us to work beyond our human capacities? But for a moment can you re-imagine a scenario if bosses were just mentors. Dhoni had mentored Jadeja for majority part of his career while representing the country in the past and in the franchise cricket and the trust which kept Jadeja going was coming from an ice-head mentor. For whatever job you are doing, keep discussing your goals with your boss every now and then so that you remain on the same page. This helps the mentor bring the best out of you.

4)     Be a team player – a lot of us in sales have the tendency to secure our targets while we care the least for what happens as a team and then we take the pride in mentioning ‘Team Player’ in our CV. India would not have been a leader in the sport if it was an individual’s game. Even in the match, MSD and Jadeja chose not to give up, more importantly for the team’s cause. For that matter, the greatest of the leaders were once the most amazing team players across professions. You should aspire to be one too.

5)     Believe – Have you ever though what it takes to believe in yourself and the system? Nothing beyond a little effort I suppose. Jadeja was not in playing 11 for majority of the matches but was chosen over others for NZ match. His ‘bits and pieces’ efforts the past (Jason Roy’s catch in Ind Vs Eng as a substitute being one such instance) made him believe and his belief on himself made 1.25 billion people believe. Same goes for sales. Every small effort matters and you never know what opportunity turns out to be a big one. Happens with us a lot of times when end closing on a high but even if we don’t, just don’t stop believing. As they rightly say – Believe and the world is yours.