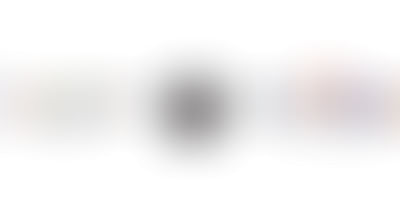 There will always be chances for something very similar to your brand logos, no matter how original your logo idea is. Copying a logo exactly or partially even for a different industry would consider as an infringement. Observe the similarities in these logos, find yourself it's inspiration or theft.

Where have you seen this before?

No, it's not the regular doodler showing on the Google homepage to celebrate some Chinese occasion.

Welcome to Goojje, a Chinese search engine that exactly looks like Google, we have seen before. As per reports, it's a new Google for China which was made after getting threatened to leave a China in a row over censorship and repeated cyber attacks.

The threat to shut down the Chinese sites on Google China necessitates launching the own search engine. China created a search engine 'Goojje' by imitating the Google. It's a China spoof website which invites the real site to stay online and comply with internet censorship in the People's Republic of China.

Although the search engine looks similar to the original one, it is not affiliated with Google in anyway. Goojje is just a play on the Google logo and colours with a familiar paw print logo. Google, the dominant search engine notify Goojje to stop copying Google's trademark logo.

Is Pepsi a South Korean brand?

Of course, not. Pepsi is a product of an American company named PepsiCo. Even though Pepsi is popular in Korea as in other countries but that does not make it a Korean product.

Why the big blue plane had a Pepsi logo on the tail?

The logo of the product leads the misconception among people. The 'Korean airline' and 'Pepsi' have the red and blue logo which may create the dilemma among the people. Although the logos are not quite the same but are very similar.

Why does the Pepsi, a global brand choose a logo that looks so similar to the South Korean flag?

The Korean airline's logo is the national symbol of South Korea flag. Pepsi has the red, white and blue colour logo with a wavy thing through the middle, looks like they shrink the white band while Korean Airlines logo has the yin-yang symbol. It's just a plain coincidence that both the logos look so similar.

Also Read: 7 Ways to Create a Trademark Logo to Woo the Target Market in 2017

It's a very competitive world out there. It's not surprising when companies try to ride on their successful competitors by imitating their logo and brand.

A logo is something which shows a symbol to build recognition to the brand. Logo imitation is the sincerest form of flattery. You can see the car logos they rip off look identical.

BYD Auto Company is an automobile manufacturer from China. They had used the logo which is almost similar to the trademark logo of German car giant, BMW featuring the same colours and design. For the untrained eye, these Chinese cars are pretty close copies in many cases.

BYD infringe the BMW's registered trademark by using the car logo which has been slightly changed and used as a new logo for the similar designed car. Whether the cars look anything like a BMW does have relevance -it makes it look like BMW has gone cheap.

If they had changed colours, they might have been safe. BYD's problem isn't that its logo looks like another manufacturer's logo.... its problem is that its cars look like other copies of the cars manufactured by other companies!

There is a difference between in designing an original logo and a logo inspired from another designed logo. Making a slight modification to the original logo design and claiming it to the new logo is does not originality.

This identical logo seems to be a copy or coincidence?

Is this a coincidence or not how closely The Circle's logo similar to Uber's?

The logo of 'The Circle', an American techno thriller film directed by James Ponsoldt, looks a helluva lot like Uber's logo. The movie is about sinister software which is based on a novel of the same name which was written by Dave Eggers.

In February 2016, Uber debuted their logo which describes the Uber culture as a blend of bits and atoms. Atoms describe the people and bits describe the machine efficiency of Uber mapping.

The resemblance of the circular logo is accidental as only the part of the movie's art or purposely copied. Anyways The Circle's book logo is much better than the film's uber version.

The unexpected similarities between the movie 'The Circle' and the ride sharing app 'Uber' makes the matter awkward.

7 ways to increase Lead generation for your products and services