Owing to the increasing wearable interfaces, voice-controlled AI, augmented & virtual reality and other technologies, the continuation of smartphones is in jeopardy. Following the trends of three-dimensional, screenless and customized hardware, Jerome Olivet (a French designer) has come up with a new concept design for future of smartphones including natural fitting grip & holographic capabilities. The Alo Smartphone features a small camera-projector combo which projects three-dimensional images, messages and movies, preparing for the time when we will confront with content having length, breadth and depth. This phones is also capable of reading incoming texts & emails aloud if instructed and lets the user respond through voice command, as presumed with better skills of interpretation compared to current-gen devices.

This futuristic smartphone holds a pliable casing, with an aluminum alloy core, at its center functioning as haptic feedback interface capable of vibrating and even heating up which will catch the user’s attention. In addition, the translucent skin is capable of automatically repairing itself. If the user drops the phone, the documents and invisible apps will still be safe even if the user forgets to sync them to cloud. Although it is just a design and has yet to manifest a prototype, plans are in pipeline for some versions of this technology to materialize. Ties to Thomson, a French electronics brand, is likely to help expedite this process.

There are Mainly Three Types of Screenless Display Technology

1. Synaptic Interface- Use of light is eliminated from such type of displays and the information is directed straight to the brain. This is considered to be the most advanced technology and is under great development. Humans have not be tested for synaptic interface yet scientists believe that it will prove extremely useful, particularly for blind people.

2. Visual Image Display- This display needs a medium for deflection of light. One such example of visual image display is hologram, a latest form of photography consisting lasers, mirrors, lenses, holographic films and objects. The interface between an object and a laser beam creates an illusion of 3D image. Another example of visual image display is virtual reality goggles.

3. Retinal Display- This display will project the image directly to user’s retina. Light is not deflected in retinal display but projected straight to person’s retina and hence, authorized person is able to view the information. This is extremely helpful in the maintenance of security and privacy of contents. The intensity of display can be controlled even through the user’s voice. 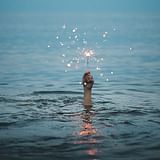 Kids who have transformed the world for the better 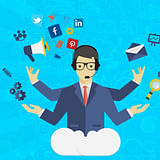