The importance of speed in business 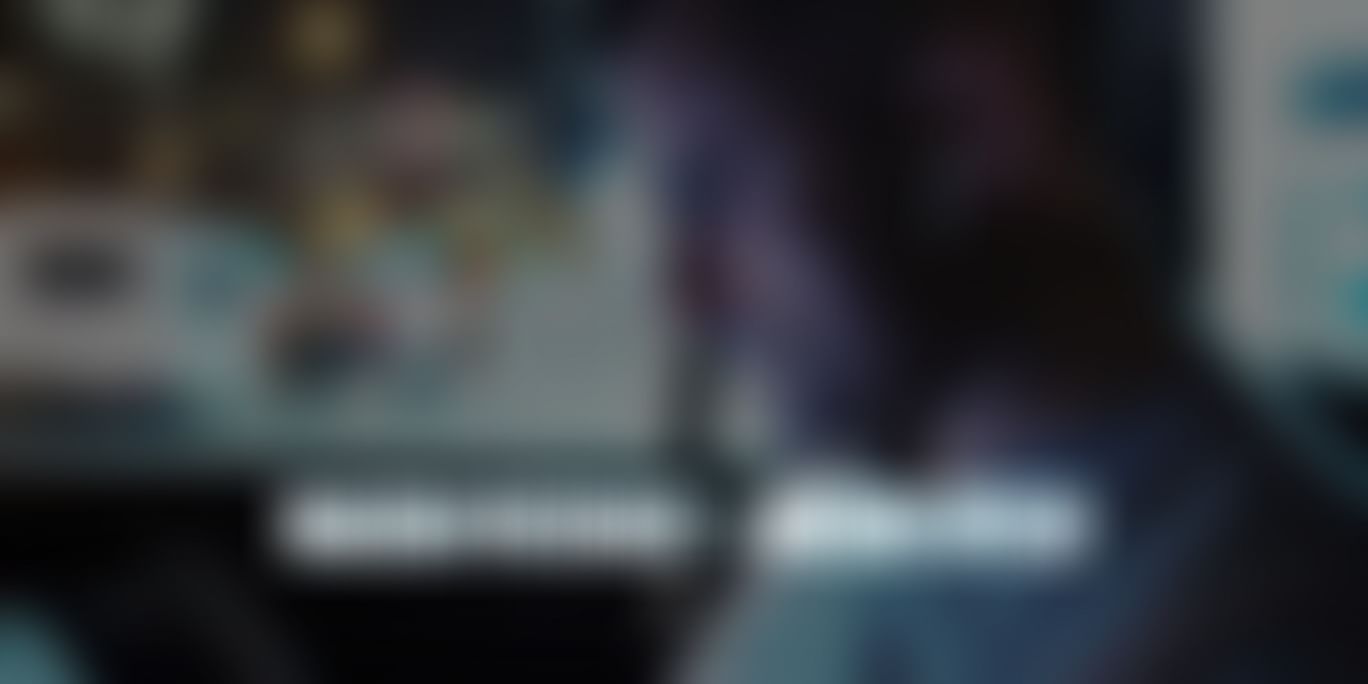 When you’re not spending any time worrying, you’re spending time on executing. That’s what a great culture is, it’s speed. 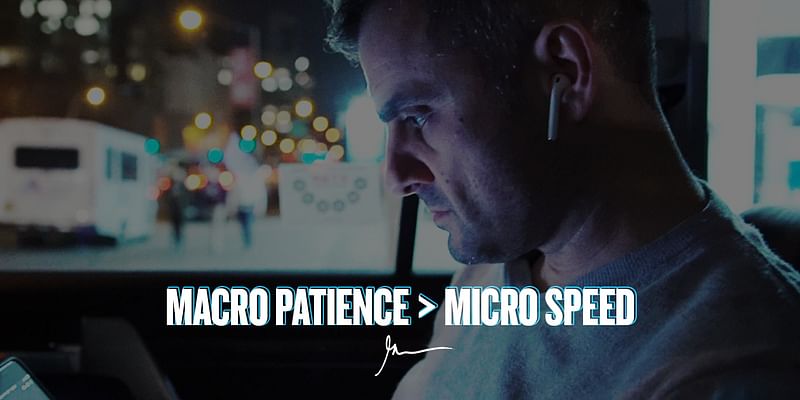 Even as I sit here dictating this article, my writer Colin, who snuck into my office at 11:01 even though I have an 11:00 o’clock meeting knew that it would make all the difference. I have meetings from 8:00 a.m until midnight or 8:00 until 11:00 PM, and every second is scheduled.

The funny thing is, it’s still logical in my system for someone to sneak in here and try to steal three minutes, whenever somebody else is running behind because it will disproportionately affect the outcome of my output each day. I need to be able to produce more content and every second counts.

I just got finished debating with my chief of staff, Tyler why I have three hours of downtime in Boise, Idaho. We’re currently deciding, am I squeezing that into 15 phone calls or do I fly back to New York? On a daily basis, I am scrutinizing my 12 to 15 hour days, down to the second and trying to fill in as much stuff with the smartest stuff into that bucket. So, that’s micro speed. I just genuinely believe that 95% — 98% of the people reading this have it reversed. They’re not squeezing every second out of every day. They’re taking an hour and a half lunch today. They check Facebook, and email and Instagram for 2 hours. They already watched a 22-minute YouTube video called DailyVee 088 😉

You can’t avoid it.

To me, it’s all about speed. I actually don’t care about anything else. Speed, both in people skills and hard work will trump anything.

On your day-to-day, you have to be fast. You have to be quick with your clients. They email you, you email them back … your day-to-day has to be predicated on the thesis of SPEED but your vision … what you want to achieve in life, you’re not going to build it in one year, yet so many people don’t understand. In the day-to-day they’re slow, and in the macro, they want their business to be huge tomorrow.

They are worrying about their years, while wasting their days.

Did you watch the latest episode of House of Cards? Did you eat lunch with your friend? Did you take 2 hours to respond to email? Did you call your girlfriend or boyfriend from 7–8. Did your 3 meals take up 2–3 hours of your time? Did you walk your dog? What did you do?

If you’re honest with yourself, I think that a lot of you will find that you really didn’t work that hard.

I’m trying to incorporate more stories into my writing and the other day I heard a Corona ad read during football and the positioning is, you know,

And literally, I was in a coma for three minutes like, “Oh my god, right?” Literally, almost everybody gets done working at 5:00 PM.

That is insane to me.

Actually, No… Nobody, unless they were a trust-fund baby ever bought the Rams when they went skiing for a week when they were 24.

And listen, I am massively empathetic, that if your vision, is to take a month off, and go home at 5 and spend time at the bar, and that is what makes you happy, then DO IT. But my thesis around speed is just so true.

It’s all about SPEED.

It matters. And believe me, I’m taking meetings and making decisions that are going to disproportionately affect the success of my business and long-term career, every-single-day. I’m deciding what I’m going to eat for lunch or how I’m going to respond to that email.

I just move fast. I’m very ahead of the game.

So obviously I am massively, at a global level, patient, but on a practical level and an execution level, I’m very, very fast.

And this is the big differentiator. I am still enormously patient. At the most macro, I think in 20, 30, 40-year terms. I think a lot of people’s behavior is predicated on the micro… They want to get this … They need to get that…

I think I need to buy the New York Jets. I need to be an all-time iconic entrepreneur. I need to impact as many people as possible so that I’m giving as much as I’m taking during that 50 year period.

So that means I’m thinking very big and every action maps to that. I think there’s a lot of people who are reading this that are thinking “I need to buy a new Lexus.” Or “I need to buy that beach house in Red Bank New Jersey.” What they start doing is they start cutting corners. Why? Because if you’re trying to buy a beach house in Red Bank for 400,000, you’re not willing to meet anybody for 15 minutes because you need them to pay you for that time. You’re thinking short term and that dramatically changes your behavior.

It really is my religion. When you align with an ideology which allows you to go fast but think big you stop worrying about the micro and put in the work. Speed is a much bigger aspect of business than people realize. Instead of jockeying, and politicking, and pondering, and posturing, and debating for three or four months, I’m just in do-mode now, and when you’re in do-mode you get the shit done.

And once you figured out speed, you need to have patience. You need to understand that no matter how fast you work, it doesn’t happen overnight… It may happen in 7 years (which is incredibly fast by most people’s standards) but it’s not going to happen overnight.

I’m blown away by people that get caught up in this, and really it just leads to you being disproportionately not successful because you’re too slow, you’re over-thinking things.

In a very anecdotal sentiment, there are people who left VaynerMedia when they were on the fast track of a hot agency with a big-time leader to go work at a dodgy, old company for $20,000 more because it’s going to give them $1,200 more a month post-tax. Which will allow them to move out of their three roommate situation and go into a studio closet.

And what they’ve really done is, they’ve appeased themselves in the short-term, but in the long-term, they’ve left so much money on the table because they would’ve been on the fast-track here.

This happens every day and in every scenario. Whether it’s people who buy a $100,000 car or a $10,000 watch which then doesn’t leave them any money to invest when they think Starbucks is gonna be the next big thing.

Micro speed and macro patience are the only things that matter because opinions predicated on people’s insecurities and ego just slow things down.

Speed erases politics because you can’t spend time thinking about whether or not someone is trying to ruin you.

It’s just not subjective. Creative is subjective, but deadlines aren’t. Done is better than perfect. You have to do!!!

So when you have the Macro Patience, and an enormous dream, you’re doing it for the long-term and you’re doing it fast and hard every day and leaving money on the table, so it all works out. That’s why people that dream big, who like to believe they have “manifested it in their mind” didn’t actually do so. What happened, is you gave yourself the right strategy, which then allowed your behavior to map your ambition. You didn’t dream it. You decided to think long-term and you invested in it.

You put in the work.

Thanks for reading! 🙂 If you enjoyed this article,

Watch the video that inspired this article: https://www.youtube.com/watch?v=92DkWNh99Fw 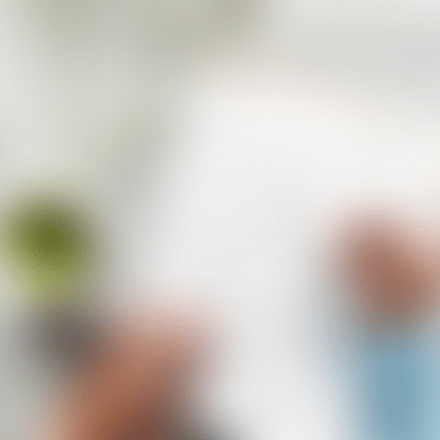 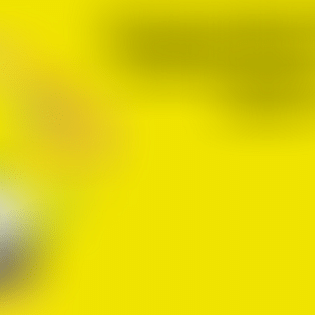