Villagers going about their daily, simple life – A farm, a few kids and little disposable income left. In a monarchy, paying their taxes – but for most part, without much clue – about the system, nor much assurance of their future. All their hope resting on a power that controls their lives, and something they believe in. Don’t get their hands on much power. They have a custom – on their own, tiny, family level, they make idols out of mud. Most of them make them themselves, into their favorite lord – Ganesha. Those who don’t, buy it for a few aanas. It marks a festival, brings something happy to think about, brings in jobs and some money into the economy, and stands symbolic of their faith.

Government passes RTI act, NGOs and NPOs fighting it out, roping in and crying out for help on causes that affect the environment, affect our FUTURE! NGOs that offer free assistance to the needy in legal causes. Various people various parts of the world struggling to get various things/situations they (or even better,others) are in, right; Social media connectivity such that you can see where that’s happening, and in full control of whether you can help or not.

Apps at whose touch you can self report, so much so that you can speak to the PM himself.

Don’t you feel it’s ridiculous, lakhs of people investing their time and energy into buying and dissipating idols every year, flocking onto the beaches, submerging idols made of HARMFUL colours and materials into the water, while there remain HUNDREDS of issues to be acted upon?

Unlike that villager centuries back in time, where are we helpless here?

What do we hope to achieve by sinking in an idol in 5 feet of water every year, and reinstalling them again the next year?

Isn’t the power in our own hands?

With all due respect to the festival, why wait for an idol to show it’s powers, when you can act upon them yourself?

Okay if not that way, then consider this-

Don’t you think the Lord would be happier if you were concerned with more current issues? If you made the world a better place to live in?

Cultures are made to suit the particular times people live in. They are tailored, and are supposed to adapt, fit the society according to it’s bubble of mentality, contemporary lifestyle, and of course, ways and means of living.

I’m not saying Ganesh Chaturthi has to go away. No.

It simply has to change forms, take a new avatar.

Evolve; just as we have. 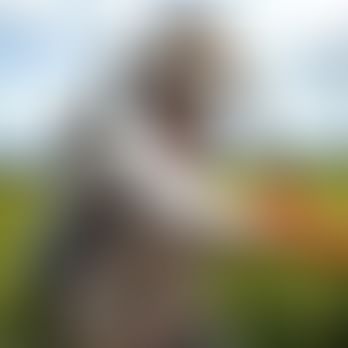