From insider in engineering to outsider in writing. 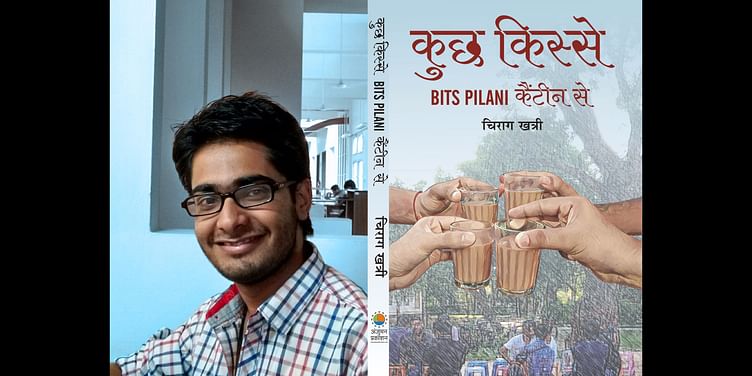 Hello people! My name is Chirag Khatri. I was born in a middle class family in the city of Ujjain. Having born in a middle class family in a mediocre town is like killing your dreams in the combined aura of mediocrity and poverty. Hence, I also followed the same track as chosen by major section of society and that was IIT JEE. After giving 2 years of my life for IIT-JEE, I got admission in BITS Pilani.

In BITS, I received MSc physics, a five-year integrated course. The specialty about this course is that on the basis of GPA of your first year, you are likely to get a branch in Engineering.Hence, all the people in the MSc had only one dream that they might get their branch changed into Computer Science so that in 5th year they can get good hefty lacs of packages in placement. I also participated in that rat race and tried to get myself into Computer Science branch. My first year was pretty much same as my preparation years of JEE. Then also I was a robot, and now also I am a robot, trying to do all such things which were considered as the elite things decided by our so called society and their typical magnanimous manuscripts. I was doing all these things, not because I wanted to do but society wanted me to do, because these seemed as the pretty obvious choices.

But preparation for branch change turned out pretty worse for me. People at BITs were a little bit different, as in they used to study less and get more marks than me. So it happened that after slogging myself for first year, I was still not able to get myself enrolled in Computer Science. This was a turning point of my life. I began to introspect that I had put in more efforts then these people still I was not able to get the thing that I wanted. After pretty much self-introspection, I got an answer from the bottom of my heart that these people who got their branch changed did the thing that they are very good at and they should continue to pursue it. Then, I got to know that I need to find something in which I am very good. Something that I'd like to do and after that work will no more be work. It will just be an enjoyment, a fun process. So, in simple words,I wanted to find out my passion.

I tried a lot of things in my second year which I thought are the things I want to pursue in my life. I was interested in politics. Hence, I contested elections in my second year. Though I lost the election, I got to know that I was not made for politics. Then, I co-founded a Startup but that Startup was a beautiful failure. After the end of second year, I had tried a lot of things and I felt that I was not able to get what I wanted. I was completely feeling lost and hopeless. By that time, I pretty much messed up with my grades as well.

After the end of second year, I met a girl. She liked literature very much. I wrote quite a few poems for her. I had this habit of writing before 11th class, but in my 11th, 12thand 1st year, I almost lost my touch and methodology of writing. In this moment, it hit me that my pen is calling me and this is my golden opportunity to take up writing a bit seriously and I decided not to turn down this opportunity.

Whenever I use to recite my poems in front of people, they used to clap and appreciate my work. In my mind, I was well aware that I like writing and I slowly began appreciating the fact that I was born to write. After the end of semester, that girl was not there in my life but in the span of these 6 months, I wrote for her deliberately and I got to learn lot of things, about myself, writing and everything.There were a lot of people who told me that I should probably write a book.By that time, I was too much engrossed in my writing and therefore I decided to take this leap of faith and committed one year of my life in writing a book. After the end of one year, I completed my first book named “Kuch Kisse - BITS Pilani Canteen Se”. I sent my book to almost six publishers out of which four publishers agreed to publish my book.

The name of my book “Kuch Kisse - BITS Pilani Canteen Se” is pretty much self-explanatory. The storyline of this book originates with 5 people who meet at the college canteen to have fun and gossip initially, but with the passage of time, they start to discuss about events and tantrums centered around life, love, society and philosophy, trying hardly to question, discuss and unveil the dark secrets of our so called society and in the end they start to contemplate the seriousness of life. If you are able to read my book and appreciate the seriousness and the hypocrisy present in our society, then I think my purpose of writing this book would be successful. In the end, I just want to say that in life, often times we try to decide to choose the type of life that we prefer to live, but in the end it so happens that life already has something pre-decided for us. The most important decision that you will ever take is to hopefully accept what life has pre-decided for you, to listen to your gut feeling andmove ahead towards the path of prosperity. 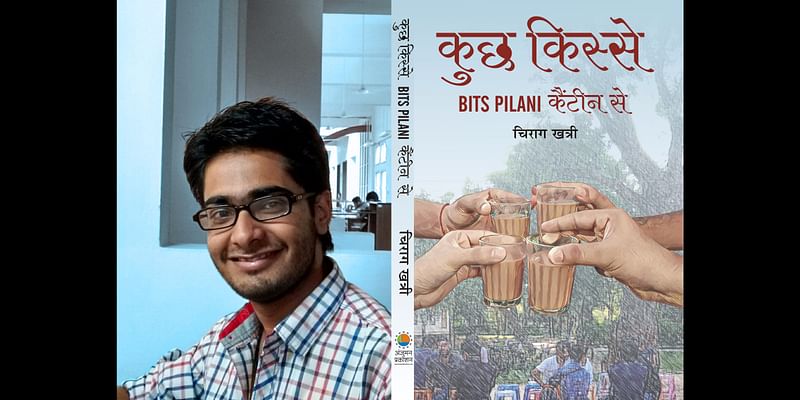