How technology helped me to change some lives 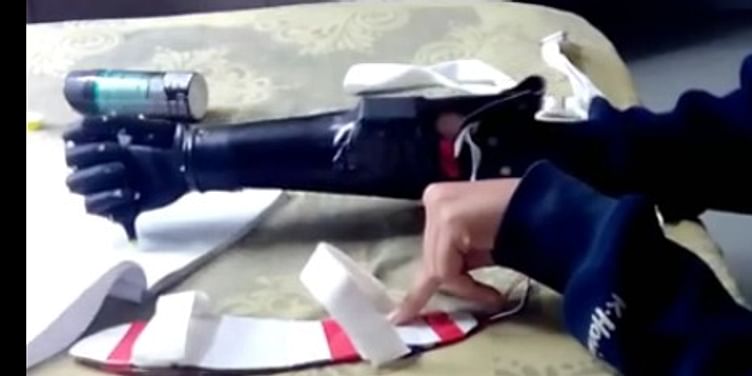 A Low-cost 3D Printed prosthetic hand for the developing world

Today everyone talks about " A Better India" , and there are many ways I think through which people work for these two words,even for me too these two words are of real importance and I realize this when I met a small 7 years girl who was living happily without no arms on her body. This was the first time I met an amputee in my life living in India and at that time I wondered what could had lead her to live such a life that she was living. But I decided to learn more about this and found that in India there are about 5 lac. people who had lost their hand every year and become a burden on the society for the lack of solution they can afford.

One of the biggest problem with the current prosthetic devices is that vast majority of them are very advance cost 30 to 40 thousands dollars. Typically the insurance companies in USA reimburse about 3000 dollars, so these devices are only handful for people living in United states.I really saw an opportunity to change this industry by creating a prosthetic for people living in disability in rural areas in the developing countries. I was just 23 and had no Idea how to dive into this , I use little motors from toys, fishing line as tendons and with some circuit I assembled a robotic hand.

That day I decided to quit my Job and started a company "Inali Foundation" where few of my friend and I trying to change the world, the path was full of challenges for me and the biggest one was to make a cost effective prosthetic hand, and with a research of one year I came up with several designs which varied from a price range of 1000 dollars to 100 dollars and I managed to design something which was just for 75 dollars. Now, for me the second goal was to make it available for the people in need but was having no Idea how it will be possible for me to reach the thousands. So, I started a Indiegogo Campaign to raise the funds, the campaign was not a hit I just raised 210 dollars which was not enough but the campaign got noticed by the secretory of Jaipur Foot , Mr. Deependra Mehta and I was invited to present a demo to the organization and that day I felt God gave me the way instead of money.

In a meeting of less than of an hour Jaipur foot director Mr. DR Mehta gave me a grant for developing seven hands and try to test it at Jaipur foot. Over the period of 6 months I tried and tested several designs at Jaipur foot and the good things never stopped Jaipur foot gave me a space for five years where I installed my machines and every month now I'm serving more than 80 patients.

I can do a lot of things with the technology I have developed in past two years, I can sell it , make a lot of money but I realize it's just bigger than me for that reason I released by design and software for my 3D printed prosthetic arm for free to the entire world by making it open source.

Freelancing in the Media & Entertainment Sector in India