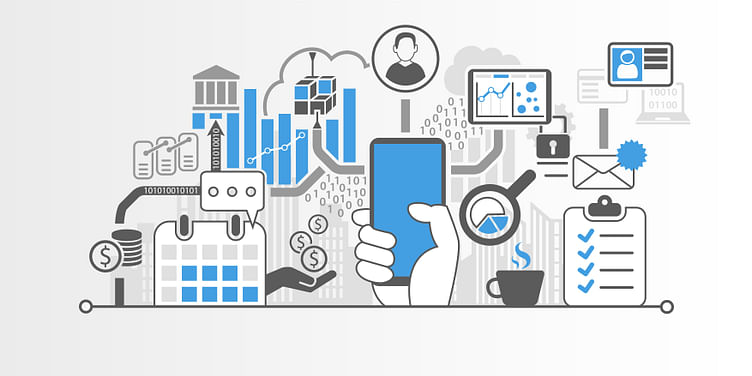 What is Block Chain?

As the name suggests, a Block Chain is an evolving list of data, called blocks which are linked to each other by using cryptographic methods. Each block contains 3 specific features that are unique to each block and can't be duplicated. These 3 features are-

A certain block can always have unique cryptographic hash and timestamp, but may contain same transaction data.

The Block Chain technology was invented by a person or a group of person operating with the market name Satoshi Nakamoto in 2008. This was developed to serve as a public transaction record book for the cryptocurrency ‘Bitcoin'.

Why was Block Chain introduced?

Double-spending – Before the introduction of Block Chain technology, the digital currency had a single digit token, which could be counterfeited or falsified thereby using the same piece of money for two or more uses. Thus the amount of counterfeit cryptocurrency grew proportionally. To tackle this problem the Block Chain technology was used and thus each piece of the cryptocurrency had 3 specific identities that couldn't be duplicated. Thus Bitcoin became the first official cryptocurrency to solve this problem.

After being introduced in 2008, Block Chain technology has grown exponentially and developed far beyond comprehension. Since it reduces human work to nil and also because of its capacity to generate unique blocks, it is used in variable fields widely. Some of the most popular uses of Block Chain technology are-

What are the advantages of Block Chain technology?

What are the disadvantages of Block Chain technology?

What is the future of Block Chain technology?

After its invention in 2008, Block Chain technology has been used in several fields across the globe. Experts say that the cryptocurrency market may or may not go broke in a few years, but the use of Block Chain will always persist in some way or the other. Here are a few possibilities that the future might hold-

Whatever the future of Block Chain technology beholds, one definite thing is that whatever happens the technology in itself is far from dormancy. However, what we use the technology for is always in our hands.

If you are a logical thinker and want to participate in a fast-growing industry that threatens to revolutionize the current market then Block Chain technology can help you. These courses for Block Chain Certification will help you to gain a strong foothold in the industry.

How Messaging Apps Are Changing the World of Private Communication?