How Kabali broke the Internet & what you can learn from it. 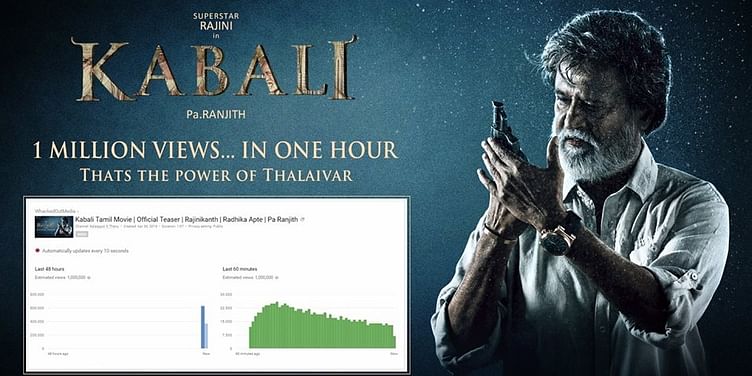 4 simple marketing techniques that made Kabali Teaser break the Internet. 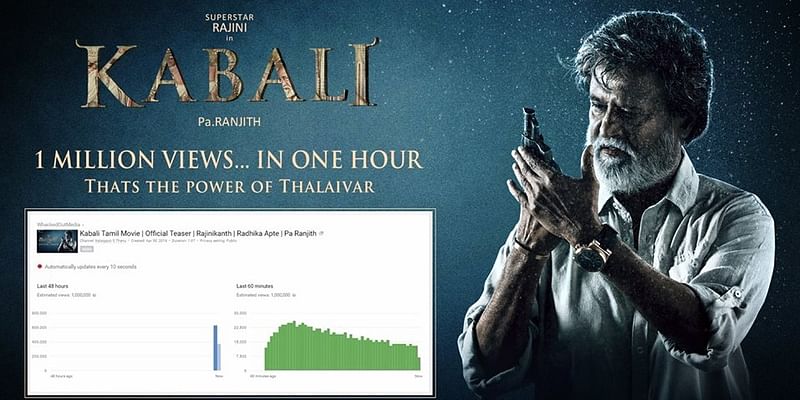 Unarguably the main reason for the teaser trailer to go viral was Superstar Rajinikanth himself with his undying style and charisma on screen. Even at the age of 65, He has not failed to amaze his fans. Kabali being directed by a new age director PA Ranjith which casts Rajinikanth, Radhika Apte, Nassar and many other popular faces in the Tamil industry with Kalaipuli S Thanu as its producer. The movie depicts the story of a Gangster and why he became one.

The team just knew what the audience wanted to see from movie expected movie of the year down south. The teaser just featured one person and one person only that is Rajinikanth. The entire teaser brings out the best of him, from his style walks, punch dialogues and his charismatic laughter. The background music just elevated the overall experience for the audience. This is a basic marketing technique of giving what the consumer wants.

While social media already had a lot of expectations about the upcoming teaser even months before the release of the teaser, on the day before when it was announced that the trailer would be released the next day, this increased the level of anticipation among fans to its peak.

3) Use of social media

The use of the micro-blogging site twitter helped reach a massive number of audiences through word of mouth. On the day of the trailer release, not only did all the celebrities across India tweet the trailer, 66000 people tweeted about it which reached a massive 6.6 million people. Using social media to the fullest helped grow the anticipation faster.

At the end of the trailer Superstar just says just one word “Magizhchi” which means happiness. This elevated the emotions of all his fans Emotions lead to virality of a video. They also stuck to their roots by using the oldest name tag presentation for Rajinikanth which everyone remembers and cherishes. This made people share the video with the hashtag #magizhchi and #Kabali and it became the highest trending topic on Facebook on May 2nd, making it the most popular teaser of an Indian movie ever.

It’s highly common for people to listen to songs on a loop, but this was the first time we all saw a trailer on a loop, over and over again. This teaser is an awesome example how simple marketing techniques can create a massive wave among the masses but it can also just be the “Rajinikanth Effect”. #Magizchi

Invention of submarines- The rise of the marine age