Healthcare: A Privilege For Tribal Women? 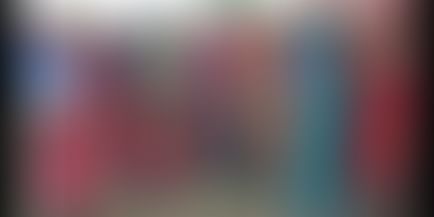 Hyjel D'souza, an India Fellow from the 2017-18 cohort, shares her learning on the plight of pregnant women in the remote tribal areas of Udaipur in Rajasthan. 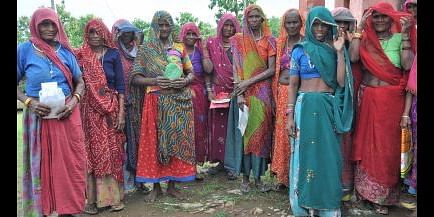 How do you react when a father-in-law says about his daughter-in-law, “Aap mujhe isko bade asptaal le jane kyun bol rahe ho? Yeh mar gayi toh mai isko jala dunga, woh meri zimmedari hai.” (Why are you asking me to take her to a bigger hospital? If she dies I will cremate her, that is my responsibility).

This is the story of Ramu* a young bride of 21 years who had just delivered her first child at her home in a remote village of southern Rajasthan. She was brought to AMRIT clinic** in the vicinity, on insistence of the community health volunteer, with the umbilical cord still attached. Ramu’s pregnancy was flagged as a high-risk one during her first ante-natal check-up in her seventh month. Her hemoglobin level was dangerously low at 3gms/dl, so low that in it is considered unable to sustain life. When Ramu came to the clinic with her new born daughter, her hemoglobin levels had further dropped as a result of blood loss during child birth. She required an immediate blood transfusion and advanced care which was only available at the district hospital 100 kms away. With every minute that passed without that care, the risk to both her and her baby’s life increased exponentially.

Ramu’s father-in-law, who is also a priest at the temple, flatly refused to accompany her to the city citing religious commitments. Nor would he let anyone else facilitate the referral. Ramu’s husband was mysteriously absconding throughout these proceedings, while her mother-in-law was as helpless as her. Unfortunately she had lost her parents as a child and had no one to advocate for her and her child’s well-being from her maternal home either. The clinic team persisted in their effort to coax the father-in-law into accepting the referral, but in vain. The situation soon escalated into a heated argument when the above mentioned words were uttered. But in the chaos and confusion, aggression and debate, not once did anyone turn to Ramu, not once did anyone ask her what she wanted to do. She was a silent by- stander in a decision that would ultimately determine if she lived or died.

In Ramu’s community, an occurrence of this kind, where the woman is compelled to rely completely on her husband, father, and other men in the family for decisions surrounding her and her children’s well-being, is not uncommon. The more fortunate gender traditionally earns for the family which leads to control over the household resources. It eventually translates into exercising complete autonomy in financial, health and other routine matters of the house.

Women’s culturally and socially determined roles greatly impair their health and that of their children. Their roles also affect their use of health services since modern health care has been absorbed so successfully into traditional structures that families tend to allocate it, like food, according to characteristics such as sex and age. Women continue to pull on even when they are ill, performing their domestic and child rearing role silently. Until the functioning of the house comes to a stand-still, the family would not think it necessary to get her treated. And even then she is taken to the local priest, traditional healer or quack. The more expensive modern medicine available at a distance from the village, is rationed out sparingly. AMRIT clinics are challenging this trend. They are located in villages where government healthcare services are non-existent and provide good quality, highly subsidized care. Since the first clinic was established in 2013, the percentage of females accessing the services is more than men This is a heart-warming development in the context where they are located.

For times when women or girls require advanced health care at the secondary level or tertiary level, the team of nurses, health workers and management team members patiently explain the need to their family. And for situations like Ramu’s an initiative called the ‘Advisory committee’ has been helpful. The committee was established to engage with leaders, elders and social activists from within the community. The teams have seen tremendous success in particularly linking sick persons to the clinic and convincing patients and their families to accept referrals with the intervention of this committee. The Sarpanch of the village was brought in to convince Ramu’s family to take both her and her child to the tertiary facility. There was some patient coaxing and some stern mention of unfavorable consequences should they not accompany her. Ramu and her baby girl are now healthy and are regularly being checked on.

Accessing healthcare is not the only hardship women face as a consequence of their gender. They often do not receive the support of their partner or family member to adhere to the treatment. There are numerous examples of girl children and women who default from their treatment course because their fathers, husbands, or fathers-in-law thought they ‘looked fine and don’t need medicines anymore’. They were compelled to silently accept their fate. There is a dire need to orient the males in such communities to take up responsibilities for their families - to encourage their wives, sisters, daughters and mothers to seek care at the first onset of symptoms; to ensure they get an equal access to quality and appropriate care; and to support them in adhering to treatment.

Setting-up facilities in remote locations, and engaging with community leaders and the males may not be the solution to increasing women’s autonomy in health related decisions after all. That is a larger issue to be dealt with. But these interventions are certainly increasing their access to quality care.