Google Uncovers Angular 5 JavaScript and Here’s what It Promises 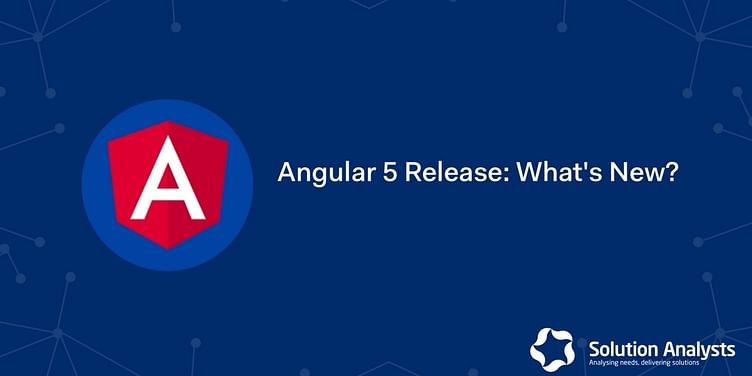 Google has unleashed the Angular 5 after two major upgrades in less than last 2 years and the result is pretty impressive. In fact, the latest release comes after missing two release targets in September and October 2017. Well, given the spectacular features of Angular 5 JS, the wait is worth every second of it. 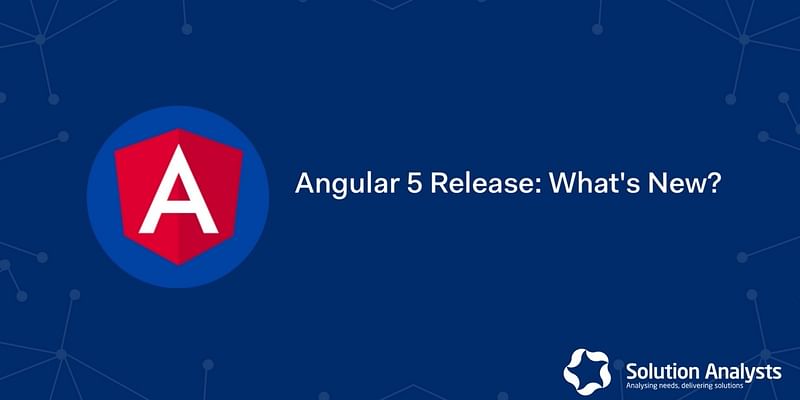 Here are some of the cool features and why the upgrade is a must have for every developer.

Some of the features of Angular 5 JS Framework worth mentioning are as follows:

-  Support for multiple names of directives and components

- In order to do away with the side effects of code-splitting, the RxJS reactive programming library has been updated to version 5.5.2

As the whole development world is going gaga over Material design, Google caught the nerve of the world has provided support for the same in the latest release of Angular JS. There are as many as 30 design components that you can utilize in your Angular applications. In addition, you can also make use of the Angular CDK (Component Development Kit) that has a set of building blocks that makes your development tasks a lot easier.

Performance is the key metric for measuring the success of any web application. Its importance is highlighted by the fact that Wi-Fi connections and cellular connections can be flaky at times. The Service Worker API helps applications to load quickly and reliably. Angular JS 5 comes loaded with support for the same for a seamless experience.

AngularJS 5 offers exceptional capabilities to deliver native app like experience without having to install anything. The performance is terrific and that too without having to go online! And if you haven’t sec

The same methods used for the development of web apps can be successfully used for deploying desktop apps on Linux, Mac and Windows.

Using Angular JS 5, you can develop highly optimized code for JavaScript Virtual Machines. In this way you get the best features of a framework coupled with those of handwritten code.

While you are using only HTML and CSS, your code can be instantaneously deployed on various platforms like node.js, .NET, PHP and other platforms with ease. In addition, the code is optimized for search engine optimization, so rejoice!

Angular JS 5 makes it possible to deliver stunning UI views with minimal code with the help of powerful templates.

Fear you broken anything while saving? Karma for unit tests is here to warn you if you have messed things up. In addition, Protractor application is here to make your scenario tests run faster.

Creation of complex animation timelines is made immensely easier with the help of intuitive API of Angular JS.

Given the spectacular updates offered by Google in Angular JS 5, it makes perfect sense for developers to have a detailed look at the same. Besides that, the end user is going to be real winner owing to the immense improvement in overall performance of applications.

HTML front-end development has its own limitations as it may be good for static pages but not much capable for dynamic applications. This is where a framework like AngularJS Development fits in – by enhancing the capability of HTML by several notches. And the end result is extremely functional as well as fit for a speedy upgrade. While we do have options like CSS and/or Javascript, but these too have their own limitations and one can be hardly anywhere close to the desired output using the same.