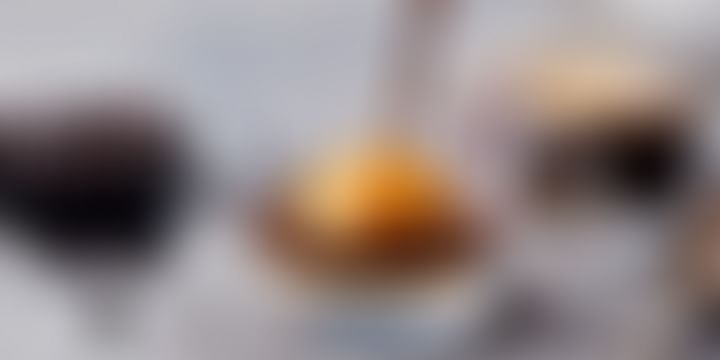 Take your Coffee from “wakes you up” to “worth waking up to.”

The coffee bean is a mystery to many people who only want a cup of joe in the mornings, but learning a little more about the different blends, how they can be roasted and what methods of preparation are possible can increase your enjoyment many times over.

The problem is that there's a lot of misinformation out there, seemingly reproduced by “experts” who can't be asked to do a little reading or experimentation. In the interest of getting the most out of your brew, let's look at some common myths that have little basis in fact.

#1. A Cup of Espresso Contains More Caffeine Than a Cup of Filter Coffee

Even some hardened espresso addicts believe that a double shot will give them a larger (albeit temporary) caffeine boost, but this is just not true. There's no real subjective aspect to this: food scientists can measure the different levels quickly.

Now, it is true that espresso contains more caffeine in each drop, but a traditional quantity of espresso still doesn't match up to a typical serving of percolated coffee, which turns out to be about 50% more potent.

Even though the caffeine in espresso is four times more concentrated, the difference in volume more than makes up the total amount, assuming a 12 oz (350 ml) cup. Of course, in past decades coffee cups were much smaller (thanks, Starbucks), so this myth used to have some validity.

Though the actual chemical analysis doesn't allow for much argument, this doesn't take into account how caffeine is absorbed into the body. Downing an espresso takes less time than finishing a cup of regular coffee; while combining either with lots of milk, as is most often done with espresso drinks, or a pastry can slow down the rate at which it passes from your stomach into your bloodstream.

In the above, we were assuming that the same blend was used for both modes of preparation, but factors such as grain size play a significant role, while espresso roasts also tend to be darker.

In general, though, quickly saturating the water as it's forced through the grounds in the portafilter means that less total caffeine is absorbed from the same amount of coffee, while the more volatile aromatic compounds that give espresso its intense flavor are still extracted.

#2. You Can Make Espresso Without a Machine

With espresso machines of decent quality now available for $50 or less, this is one myth that needs to be exploded right away.

Espresso is by its nature not just very concentrated coffee. If you see the section above, you'll notice that this way of preparing coffee extracts tons of flavor from the grounds without getting all of the bitter caffeine into your beverage. Alternatives such as Moka pots, or simply overloading a French press with grounds, may make great, strong coffee, but what they produce shouldn't be called espresso.

Real espresso is produced when hot water, the temperature of which needs to be tightly controlled, is forced through finely ground coffee at about ten times atmospheric pressure. This requires a machine with a boiler – anything else will not fool or impress a real coffee aficionado.

The origin of this myth seems to be the idea that bolder, more robust flavors necessarily imply more caffeine.

If you take the same green, unroasted beans and roast one set lightly while toasting the other a little more, the darker batch will come out having lost more weight than the lighter one. This is understandable, as more moisture and other components are boiled out or otherwise changed under the influence of the high temperature, but caffeine is chemically quite resistant to heat.

Therefore, the light and dark roasts will contain nearly the same amount of caffeine, which will extract in roughly the same way when you brew it.

The cultivar or blend, as well as the method used to prepare it and the grain size, have a much more significant effect on the caffeine content in the final product.