Dark Side of Agri-Tech Industry 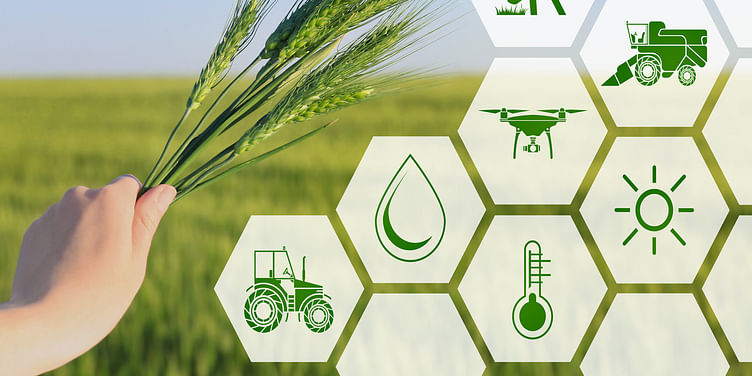 Technology brings certain consequences with it. On the positive side, it makes tasks easier and brings more efficiency and effectiveness in the operations, but on the negative side, which everybody tends to ignore, the brunt is borne by Indian farmers.

In India, we have more than 500 Agri-tech startups and around 60% of them focus on supply chain of fresh Agri produce. Employing technology to link farmer’s fresh produce to retailers, supermarkets and other B2B avenues. These startups have completely turned around the way agriculture industry used to work. In 2019, 1 out of the 9 Agritech startups is founded in India. It clearly shows the intentions of the investors, the government and other stakeholders to back Indian agriculture industry. The Agri - Tech industry is growing each year by more than 2 folds. In 2019, it grew by over 300% as compared to FY18.

Earlier it used to be through Mandis and 4-5 different middlemen were involved in the complete transaction and it was quite a cumbersome process. But these startups have introduced AI/ML enabled supply chain to remove all the roadblocks, brought the cycle time to 1-2 days with direct linkage between farmers and businesses.

The complete chain is highly standardized and is controlled by machine algorithms. But this standardization brings certain consequences with it. On the positive side, it makes things easier and brings best the quality on the shelf. But on the negative side, which the complete ecosystem is leaving out of the picture and the brunt is born by the farmers, leading to increase in wastage of Agri-produce and directly cutting the farmers' income. In India, farmers lose 16-30% of their final produce due to several reasons.

These startups are so much standardized in terms of quality, shape, appearance, etc. of the produce that they reject and leave behind produce which is oddly– shaped, blemished, or a bit lumpy. Even when there is no trade-off in the quality of the fruits and vegetables. They are as good as normal produce. The only reason being that they don’t appear good and hence are not picked up.

India is already grappling with poor warehousing facilities and imbalances in warehouses. According to Indian Agribusiness report, Indian Farmers incur loss of around 92,000 crores each year due to poor availability of storage infrastructure, transportation facilities, etc. Once a produce is harvested, it has to be sold instantly in the market, otherwise it will end up being dumped in the market at 20-30% prices or rot.

If you visit Big bazaar, Reliance fresh or any other super-market, you will find that all the fruits and vegetables kept there look good and similar in shape and size.

This particular trend is not specific to the Indian ecosystem, it is prevalent globally. Seeing this trend as an opportunity, 4-5 startups have emerged in US Agri-tech market specifically focusing on the leftover produce and they have termed it as “Ugly Produce”. Their business proposition is that there are certain food industries where shape, size and appearance don’t play a role but the importance of price is paramount. The B2B industries dealing in juices, pickles, jams, sauces, etc. give no importance to the shape. Fruits and Vegetables are all inputs and constitute the major raw material. If they could be available at cheaper prices then it would push their margins up.

These startups did their maths. Currently, farmers are selling ugly produce at 20-30% of their prices. If they can help them realize 50% value and sell them to food industries at 60-70% of the prices, they have huge profits to earn. By doing so, they are not just benefitting themselves only, but they are also creating win-win situations for farmers by helping them realize fair value of their produce which would have been sold at negligible prices or thrown away and helping food industries to bring down their input costs.

Selling on e-commerce platforms? Here's how TDS will impact your business!