Do you really need to be more talented to succeed in life ?

This World has seen a lot of major breakthroughs . People have built multi-billion dollar businesses . Scientists have explored new fields and athletes have broken records and so on. But only a fraction of the human society is able to achieve that. Einstein , the man who revolutionized Theoretical Physics is believed to have had an IQ with the range of 160-180 but they couldn't calculate his exact IQ because he never took an IQ Test. Bill Gates ,the mastermind behind Microsoft has an IQ of 160 , Edison -145 , Stephen Hawking - 160 , Elon Musk - 155 , and the list goes on. These numbers may seem apocryphal but they indicate that these people had high intellectual capacity. So, does it lead us to a conclusion that only such people with high cognitive ability can achieve big ?

People often consider geniuses to have an extremely high intelligence factor .They believe that Genius and Intelligence mean the same. But reality says  its not true.  A lot of people with limited intelligence have made it big in their life. One prime example is Muhammad Ali , one of Boxing's most celebrated athlete who had an IQ of just 78! . A Genius is someone who achieves what he wants with what he has, despite his limitations . So what does one require to scale greater heights in their life ?

"Your attitude, not your aptitude, will determine your altitude"- Zig Ziglar

The Story of Jack Ma - Epitome of Persistence

Jack Ma , the Founder of Alibaba group, an Internet-based business company , is worth $23.7 billion. That's a quite huge amount ! So how did he make it ? Was he very intelligent ? Definitely not !

In fact, he scored 1 out of 120 points on math portion of his college entrance exam!  “I am not good at math, have never studied management, and still cannot read accounting reports." - he himself admits. He didn't even hear about computers in his early stages.

He was the only interviewee to be rejected by KFC out of 25 applicants, was declined from Harvard, was declined a police job and was turned down for more than 20 other various jobs.

So what quality did he possess that made him a successful entrepreneur ? Persistence!  Most of the men at Jack Ma's situation would have quit after these series of defeats and would have not come into the big picture. But he stood firm and marched towards his dreams . This indeed proves that with a right attitude anyone can succeed in their field of choice.

There are many others like Jack Ma who have braved failures and achieved huge success. But most weak people say these kind of successes are a matter of luck . Let them believe so !

Almost everyone of us had aspired of becoming renowned scientists , athletes , writers , directors , presidents etc., during our childhood. But how many of us have those ambitions till now or how many us are working towards achieving it ? Honestly most of don't . So what happened exactly ? we started following our society norms and got influenced by negative people around us which eventually led us to limit ourselves . Do get rid of those negative influences and dare to dream big.

In fine, you can see a lot of people more talented than you are in every walk of life. But never get intimidated by them and limit yourself. It is not just intelligence that gets you up in the ladder of success.It is the right attitude and fortitude that helps you scale greater heights in life. 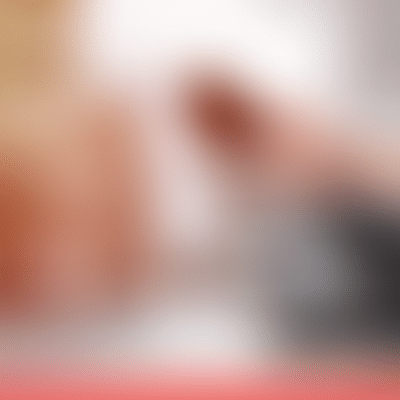