3 things to know about ripple currency 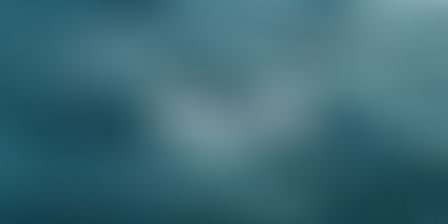 Ripple's value surged by a stunning 35,500 percent in 2017. That's not a typo, by the way. Cryptocurrency experts and novices alike are catching on to Ripple's potential. If bitcoin is played, Ripple might be just getting started. If you want to jump into the crypto game, you're in good company. But before taking the leap, there are 3 common Ripple misconceptions you've got to disabuse yourself of. 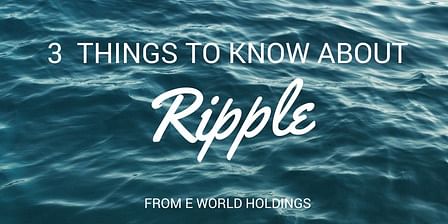 The cryptocurrency you want to buy is actually called XRP. If you are thinking about buying 100 Ripple, you are actually contemplating buying 100 XRP. The name Ripple comes from the company that created the XRP token, Ripple Labs. Ripple Labs also created a bank transfer system, known as XCurrent. The XRP token is traded through the XCurrent system using another Ripple product, XRapid.

Part of bitcoin's allure is the possibility of it being used as an alternative currency. This alternative can provide a store of value, a hedge against currency collapse, and freedom from central bank machinations. Though bitcoin's value remains too unstable for widespread use as a replacement for traditional currencies, its technology provides the promise of a future where bitcoin is spent like dollars.

Ripple's design precludes its use as a currency. Instead, it functions as a payment transfer system. XRP provides speed that's unmatched by bitcoin or Ethereum transfers. Bitcoin transactions can take up to 81 minutes, and Ethereum transfers take two to three minutes. XRP transfers are significantly shorter and on the path to becoming instantaneous. Compared to the speed of international wire transfers, Ripple's technology offers gigantic improvements.

Ripple's network also handles vastly higher numbers of transactions per second than bitcoin. In fact, Ripple Labs intends to scale the network to compete with Visa's, which currently handles 50,000 transfers per second. American Express, Santander, and MoneyGram are testing Ripple's technology. Indications are strong that Ripple may one day become the preferred way to transfer money, especially overseas.

Bitcoin mining has attracted investors as a way of generating income. Bitcoin's system rewards miners, who use their computing power to process transactions, with new bitcoin tokens, thus increasing the supply of bitcoin. Ripple, on the other hand, has no mining process. All the XRP there will ever be has been created, though not all of it is in circulation. Considering the real world application Ripple promises and the burgeoning interest from the public and major financial companies, all of XRP's 100 billion tokens are bound to be in circulation soon.

As Shanna Leonard says, mining isn’t as efficient as the ripple system. She says, “This inefficient system demands massive amounts of electricity – the cost of producing one coin could power 3.67 U.S. homes for a day – and has been called “unsustainable.” XRP is not a mined digital asset so every single unit of the currency that exists now has already been created, with most owned by Ripple (55 billion of which was placed in escrow) and the rest held by companies and individuals.”