Most management top guns appreciate the work that their Learning & Development (L&D) teams do to improve the productivity of their employees & yes there are plenty of ‘ayes’ to applaud for. Some extensive research in the field of Corporate Engagement has uncovered certain areas that remain hidden from the active consciousness of most Human Resource Managers. Though, these remain as ‘living hells’ for scores of employees but they are not overtly discussed in the public domain. These private problem areas could be as pervasive as boss management issues, peer2 peer jalousies or ‘discomforts’ due to skill gaps and maybe as complex as project management or task related excellence etc. The time has come when these corporate agonies are brought out of the closets and are discussed with experts, such that employees are able to cope and eliminate these private sufferings- thereby leading to higher productivity and impeccable quality delivery.

Rakesh was a Sales Executive in an FMCG firm. He was a star salesman and his consistent performance record prompted the company management to promote him to the next level of Assistant Manager. He was very happy when he got his promotion letter and accompanying salary hike. Two months on, Rakesh is a devastated soul. He is now a nervous wreck. What went wrong? He had no man management experience prior to his promotion. Administrative work of his new role was Greek to him. Mail communication was not his forte. Representation to the Zonal management was his boss’ job…. etc. etc. He feared that his limitations would be exposed soon and he would lose his job. To compound matters, there was a past-master sales executive in his team who wasted no opportunity to humiliate him in front of large distributors and seniors, during market visits. Rakesh tried his best to adapt; he started shouting on his subordinates just like his boss used to shout at him on real and imaginary issues. His aggressive behavior prompted two of his reportees to quit within a month of his elevation. Every day he was slipping into an abyss. He had quite a handful to do- starting with hiring for the vacancies created, pending targets of the two exited guys, getting work done from the balance employees in his team, managing his boss and learning the basics of the job-role he had recently landed. He had contemplated taking advice from HR and had summoned up the courage to meet the human resource folks, but he was put off by the jargonized response that he received-“If you can’t manage your position then you are a misfit in that role, try and figure out quickly else don’t cry victim later.” One empathetic entity in HR offered him a training stint on man management but did not give any tactical input to keep him going. His counterpart, the other Area Manager, was enjoying the discomfiture that Rakesh was facing. He was lobbying that Rakesh’s territory be merged with his zone, such that he would be bigger and better-off.

So, what does Rakesh do? Quit? “Don’t worry Rakesh there is help at hand!”

Mohit is a seasoned Finance guy, good in budgeting and forecasting. He has an eye for detail and can sift through a maze of numbers to derive the true picture from a financial report. The only thing that worries him is public speaking. He had an extrovert speaker in his team and Mohit uses him at most opportunities to explain his reports to the management. One day when that guy was absent, Mohit’s boss called him to explain the quarterly review report to the MD. Mohit tried to avoid the meeting by feigning sickness, he even tried saying that his wife was unwell and he had to leave early. But the meeting happened and Mohit’s worst fears came true.

Most probably, Mohit won’t get that promotion that year. “Don’t worry Mohit there is help at hand!”

Similar issues and scenarios are omnipresent.

Some person may be good at most things as demanded by his job role but he/she cannot crunch data, which may be 5% of the role requirement but it can jeopardize his career at crucial times. Someone may be a great orator but is incapable of making a jazzy power point presentation.

These and other private corporate issues are a reality. You can be a victim of “Peer-Compare” or “Cross Functional Disabilities”. Boss management is a pet peeve everywhere. It is a top trending issue on social media as well. At a broader level these private work issues can be clustered around the following types:

An Agony Aunt type of Service has been conceived and envisaged by a newbie Training Organization- Excellential Consulting Services Private Limited. Just as you have agony aunts in newspapers and magazines, listening in to your distressed personal (non-work) queries and advising solutions, here corporate Agony Specialists listen to your corporate yet personal problems and suggest workable solutions. The Specialists are drawn from varied fields and a special panel is set-up for each Individual or Corporate. Typically a panel would comprise of a Psychologist or Behavioural Scientist, a functional Expert, an Industry veteran or Domain specialist and a Life coach doubling up as a facilitator.

Introducing- “Corporate Agony Buster” program for ridding the workplace from the menace of Corporate Agonies. For the few fortunate ones who have had the luck of having mentors in their work environment or benevolent buddies to bail them out of sticky situations would surely vouch for the immeasurable help that personalized or specialized advice entails. For the millions of others who have had no such help there is a readymade solution available. Go for “Corporate Agony Buster” solution. You don’t have to re-invent the wheel; you have experts who have already ‘been-there-done-that’.

The program works at four levels: 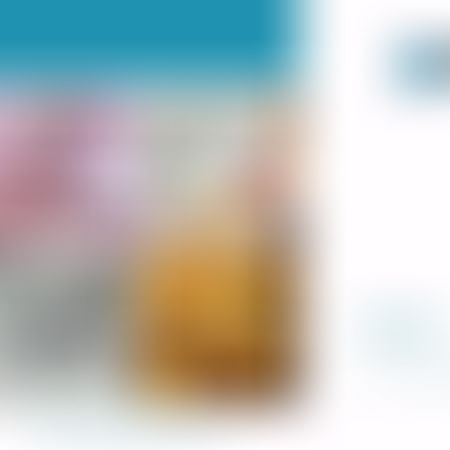