Postcard from Gangtok, Darjeeling and Beyond 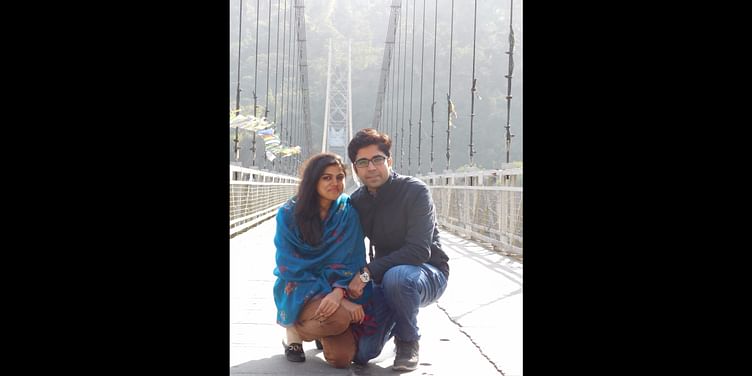 All characters, events and places mentioned are true and purely intentional.

We set the alarm for 6:00 AM as we were catching the flight to Bagdogra from IGIA T1.

As this was our very first outing together as a couple we were well looked by family and friends. Equally enthusiastic to send us awayyy!! So, after being dropped at airport and finishing the check in process we were just seated at the relevant gate waiting to board. Being newly wed (mind you arranged marriage) having numerous hesitation in us we boarded the flight. So, to admit the journey was filled with anxiety, excitement, happiness and all these emotions were blended with nervousness. With thoughts lingering in mind we had now landed at the Bagdogra airport.

After collecting our luggage and spotting our driver who would help us reach Gangtok we began the road journey around 3:00 PM in the afternoon. Our itinerary was Gangtok, Pelling and Darjeeling. To reach Gangtok from Bagdogra airport it took us 7 solid hours. A very very tiring journey. One of the days where all I wanted to see, feel, hear, look was the hotel room and bed to relax!!.

Hailing and sailing through we decided to skip the day one of outing. Being ourselves and lazying was the only justful option we could think of! Thank god it was a mutual thought!

After relaxing to our content it was the time to make the most of day 2. And we were all set to see Gonjang Monastery. A place filled with calmness and simplicity. The experience of watching discipline, happiness through the lifestyle of monks was different altogether. We were now excited for our next destination which was flower Exhibition. It was nice to see greenery, colors and nature so close to you all at once. We also visited Handicrafts and Handloom centre where there were these amazing handicrafts displayed where we found students/ Interns should I say practicing them. There were girls knitting carpets, weaving machines. It was all a good learning hub. After visiting these major spots we (which includes other 2 couples as well) decided to call it a day and spend sometime in local sight seeing around the hotel. It was a good day with learning, knowing and discovering about people, place and practice.

Day 3 – Visits were in swing. We visited places like Namchi, Singshore bridge inclusive of our Indian chit chat among the other tourists. We were then driven to Pelling. Due to extreme cold weather we could not or rather did not plan to visit any places in Pelling. So it was more of relaxing in the hotel, enjoying their food and miscellaneous. Our next morning was planned for Darjeeling.

Day 4 – A nice sunny morning and we were on our way to Darjeeling. It was around 4 hours of drive which we enjoyed with good companions and light music in the car. Curvy roads, dense greenery, breathtaking view from the hills as you go up were all accompanying us while we were on the way to Darjeeling. Upon reaching Darjeeling and settling in our rooms we (and other companions) tried some local surfing nearby. It was good to see their market selling authentic tea leaves, warm woollen clothes, top notch winery etc. It was a nice evening until we realised that we had to call it a day as our next morning was planned for a visit to Tiger hill. So it was planned to leave around 4:00 AM from our hotel to Tiger hill. It sounded exciting and thrilling. But to wake up at 4 and actually finding no place to even sit in Tiger Hill was a bit painful. Extreme cold winds were hitting my bones literally. Freezing and shivering we managed to watch the sun rise and believe me it felt like a task done. We then headed back to hotel, had some good breakfast and gained some more excitement to take a ride in toy train!! So Toy train being one of the UNESCO’s suggestion and recommended by World Heritage, we had to mark that in our diaries. So once in the train we were slowly realising the huge difference in our expectation and the reality. By the time we covered the distance of one side we decided to get back by bus which was way quicker and smoother than toy train. We were raving about our decision of taking the bus ride. Phew!. All done, after having good lunch and a nap it was time to pamper myself and my husband with the couple spa which was booked for us and were eagerly waiting for. It was an amazing relaxing experience of getting a spa done with your partner by your side. One must get this done, it feels great J . Without any effort we fell asleep and could feel all fresh the next morning!! We were flying back to Delhi and we signed off the visit/s by stopping by a nice tea estate. A very lush, green and fresh experience it was.

Ours was a journey of four take-offs (Bagdogra, Gangtok, Pelling and Darjeeling). 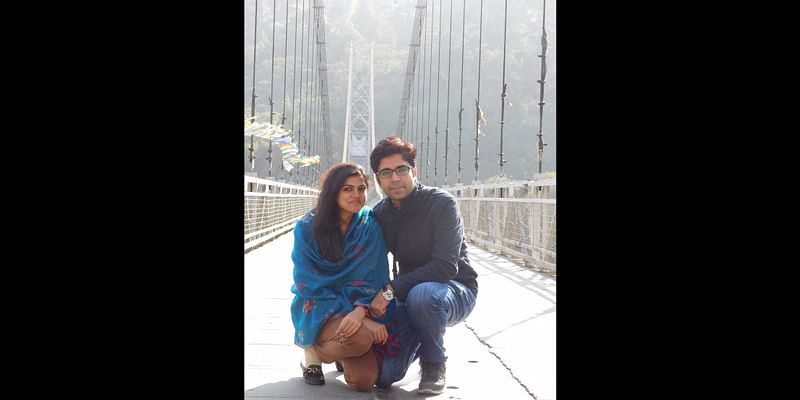 10 Reasons Why Every Entrepreneur Should Learn Digital Marketing