How children define poor at my school in Chhattisgarh 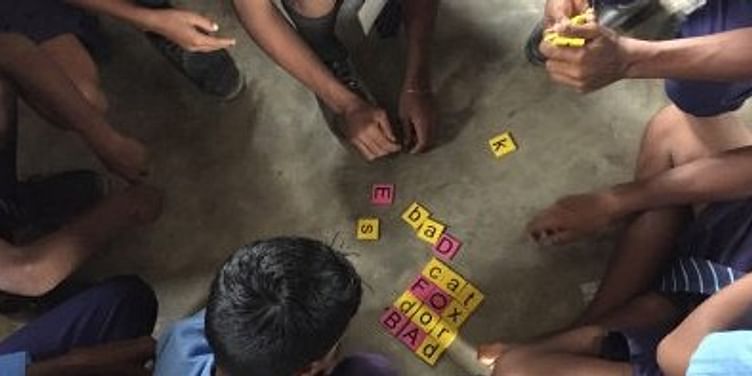 Ravi, an India Fellow from the 2017-18 cohort is working at Shiksharth in Sukma, Chhattisgarh. This is from his experience in portable cabins for access to education in remote rural communities.

Monday brings boredom in some of my friend's lives but it is the most interesting day in my classroom because on Mondays we do a lot of activities where children coordinate, organize and perform while I'm only a spectator. The moment I enter the class, I see a spark in their eyes. Before they start to speak, I give them sponge pieces of alphabets and the rest is magic.

For the rest of the week from Tuesday to Saturday, we learn different words related to children's daily lives, in different local dialects like Gondi, Durva, Halbi, and in languages of English and Hindi. On Mondays, they try to recollect all the spellings and try to make the most of alphabets given to them.

The students are divided into 4 groups and each team tries to come up with as many words as they can. After the activity, we did a debrief followed by a spelling check when one of the students said he wanted to make the word ‘Door’ but arranged the letters to form ‘Poor’. Then, he asked me the meaning of Poor and I translated it to tell him that it means “Gareeb”. He nodded and sat down.

Subsequently, I asked them to debate if it's better to be Rich or Poor, in monetary terms. They started arguing with each other stating different points, both positive and negative. One of the major observations throughout the discussion was the articulation of their thoughts. Everyone came from a similar environment. Here are a few statements they used to define poor:

One who doesn’t have food and shelter.

One who doesn’t have work.

One who doesn’t have money to buy clothes.

One who doesn’t have a field.

One who doesn’t have rice.

One who doesn’t have land, rice, home, and clothes.

One who doesn’t go anywhere.

One who doesn’t have trees and plants.

One who works in another house for a living.

One who doesn’t have cattle.

One who borrows everything.

One who doesn’t have a family.

One who doesn’t have money.

One who migrates for work.

One who doesn’t have drinking water.

One who always walks.

One who is physically disabled.

One who lives in a hut.

One who doesn’t have a blanket and utensils.

One who isn’t happy.

After listening to these, I questioned if the basis of poverty is always lack of money. This school where I work is located in Burdi, close to the border of Odisha and Chhattisgarh. We don't have the basic facilities. Every week, we wait for Friday because that's when weekly bazaar (market) is put up where locals buy vegetables, grocery, clothes, local alcohol. Money lenders sit there for lending and repayments. People indulge in gambling as well. A good deal of exchanges is done in Barter. But apart from that day, you won't find anyone selling anything, not even Tea. 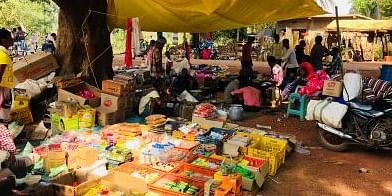 Does it mean they are all poor on rest of the days, because of lack of accessibility?

CAT 99 percentilers are not even eligible to appear for IIM interviews !