Empowered Myself to Empower others

I suffer from haemophilia, a bleeding disorder. I had to struggle a great deal to lead a normal life, but I never gave up. Today, I work to help others like me and raise awareness about bleeding disorders.

I, Nabila Husseni, was born in the year 1985. I’m Para haemophilic and am suffering from factor 5 deficiency. I’m a resident of Ahmedabad, Gujarat, India.

When I was 8 months old, I was sleeping beside my dad and suddenly I fell down from the bed and my lower lip got cut and it started bleeding. My parents first tried to stop the bleeding by pressing it for a long time and applying ice on it, but the bleeding didn’t stop. So, my dad took me to the hospital. At that time, doctors were not aware about haemophilia and its treatment nor was there any facility of plasma transfusion, so the doctor first thought to stop bleeding by some other method. Then, another doctor advised my doctor to get me tested, saying that I was suffering from some bleeding disorder. So, I got my diagnosis done at Mumbai, KEM Hospital, as per the doctor’s advice. It was revealed that I suffer from factor 5 deficiency.

So, my childhood wasn’t a normal one. I was not allowed to play in the garden with my friends. My parents gave me each and every facility inside the house. My schooling was done under proper care of my teachers and principal, as my father gave them proper guidance and instructions about Haemophilia and its treatment. Despite been haemophilic, I never lost my patience nor became pessimistic and I completed my graduation in Commerce. I got my degree as a Bachelor of Education, as well as recieved my post-graduation diploma in computer applications, and working as a quality analyst as well as a content writer in an IT company along with 5 years of experience as a teacher.

As I am haemophilic, my father rendering his services to the haemophilia community since 1991. Today, he is the President of the Haemophilia Society of Ahmedabad. I also joined the executive committee of my society in 2002. Since then, I am working with the haemophilia community. As we all know, women play a pivotal role in family and society. They play an instrumental role in building up a strong family, a strong society, and thus a strong nation. They take care of their siblings, parents, children, friends, and in-laws, whether they are weak, strong, healthy or ill. And a woman like me, who suffers from haemophilia, can understand the feelings of other women. As I am the witness of the difficulties my parents faced in my upbringing when there was a lack of facilities at the time, for my abnormal bleeding. But these all hiccups made me so strong that now, I don’t get mentally disturbed by anything. Many bad consequences arose in my life, but while working with WGHFI, I feel more confident and independent. I attended all the regional workshops of women’s group and I got acquainted with different people and their problems. By meeting people I realized that my problems are nothing in comparison to their problems. So I decided to get more involved in the community and also I thought to find the other women who are suffering from haemophilia or other bleeding disorders.

Those who suffer from the Von Willebrand disease also have many problems and the only thing is that they are not brought into the limelight, so they do not get proper medication and treatment. I would really like to dedicate myself to this movement as I believe that women need to be educated about various medical aspects, as educating a woman, educates a family. So now my vision is clear that I have to find the women with bleeding disorders and educate or acknowledge them with all the aspects of it, to help them overcome the stress in any terms. 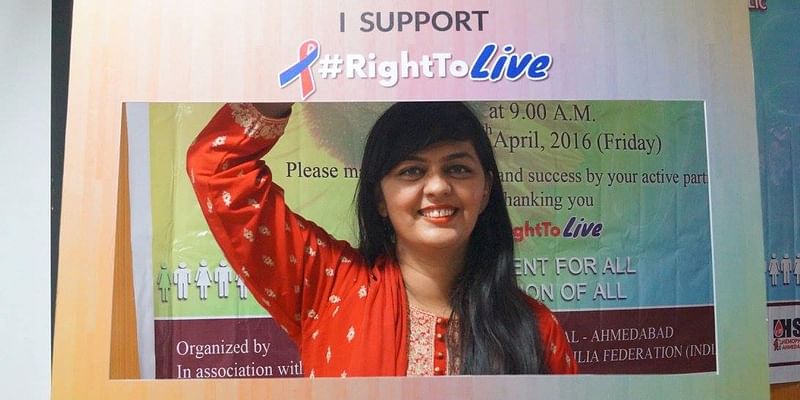