Boys keenly sport a look of shock at the sight of girls hugging, crying, screaming and kissing each other on the school playgrounds. They tend to think of this as abnormal, while girls are perfectly fine with this kind of bonding. In fact, this can be stamped as an example of the perfect ‘girl’ bonding technique. Women, on the other hand, scorn at golf sessions; drinking sessions; smoking sessions as formal and well-accepted and recognised bonding platforms for men!

Social science research (Gender & Society by Walker K) has suggested that men and women friendships and behaviours correspond to the cultural notions of who they are. Men focus on shared activities, and women focus on shared feelings. It is a well documented fact that early men and women had distinct occupations - while the men went hunting; women stayed home (raised children; cooked food and took care of home). This defined the need and ways of ‘bonding’ of males and females, to some extent. Male hunters had to work as a team while the women folk had no such pressures and therefore did not indulge in formal group bonding. Interestingly enough, while males therefore developed formal platforms for bonding (extending it to networking); women did not have the opportunity of being part of clubs; groups or other such platforms. However, women bonded through shared intimacy and conversations.

In one of the papers titled ‘Girl talk’ by the Social Issues Research Centre (SIRC), women friendships are best described like a good film or CD - you go to meet them and they take you away from your misery and woes; you can watch the film or play the CD many years later and they're still as good & you can leave them for a while and you are sure that they are always going to be there.

The SIRC paper brought out another insight: women of younger age groups caught up with friends more often than men, over the phone. Men, on average, talk with their friends by phone 1.75 times per week as compared to 2.23 times per week for women.

Tannen (You Just Don’t Understand: Women and men in conversation) suggests that there are two distinct cultural dialects in play which are the masculine and feminine ways of speaking, as opposed to inferior or superior ways of speaking the same language. This stems from the women's desire for connection as opposed to men's for status. Women spoke a 'secret language' - A raised eyebrow, a knowing look, an affectionate hug - while the Men's talk centred on factual statements with far more ‘transparent’ conversations than those of women.

Woman in a Man’s World

In today’s corporate world, women recognise the need for effective social communication skills. There is a latent need for women to possess a degree of toughness in the established ‘man’s world.’ Women leaders are constantly under pressure to not be categorized or perceived as being too soft or emotional. In fact, what women have in their favour is the ability to multi-task, juggling work and family, while staying competitive.

Further, while men remain men and women are who we are and while we have distinct methods of making friends, we must understand that we form a part of the same career world. It is as imperative for women to stay ‘networked’. As more and more of this realization seeps in, the corporate ecosystem is also witnessing this dramatic change. The good news is that the change has begun. Social communication is now transforming into social networking. This is the new corporate success mantra. 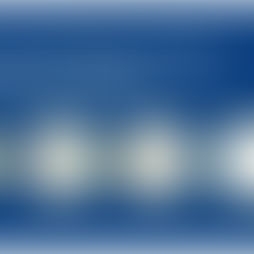