Recently, scientists have succeeded in re-operating the cell function in the brain of dead pigs a few hours ago.

A recent replica of Mars base in the desert hills in the Gansu province of Gobi Desert of China has been prepared.

Dangers of one million species of extinction: UN report

Recently released U.N. According to the report, due to human activities, the threat of extinction of ten million species is threatening.

It has also been reported in the way how human has destroyed the natural resources on which our existence depends.

Recently, the US has decided to discontinue the restriction of oil import restrictions, the Significant Reduction Exceptions (SREs) from Iran.

On Iran: The main source of Iranian revenue is the oil export which will come under the scope of the ban due to the ban.

There may be significant increase in oil prices due to interference in supply.

However, the world's three largest energy producers, the United States, Saudi Arabia and the United Arab Emirates, have said they will ensure adequate supply in the global oil market.

The United States has said that it will curb financial strain on any institution or company that violates oil restrictions, in which companies prohibit the use of Swift Banking International Transaction System, the seizure of any American assets and transactions in dollars Such restrictions are included.

Oil supply for refineries: This decision of US is likely to have a great impact on India. The US has recently banned another top supplier of Venezuela, Venezuela. In these circumstances, the recent decision of the US can create problems for India.

Rupee and inflation: An increase in the import bill will put pressure on the rupee. Increase in crude oil prices will increase inflation.

After the ban on Iran in November last year, Indian oil companies have almost halved oil imports from Iran.

India's Petroleum Minister has said that India will also import from major oil producing countries other than Iran.

10 learnings you’d wish you had mastered during the lockdown 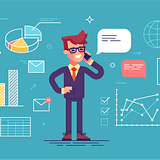 How to stop wasting time and be more productive?