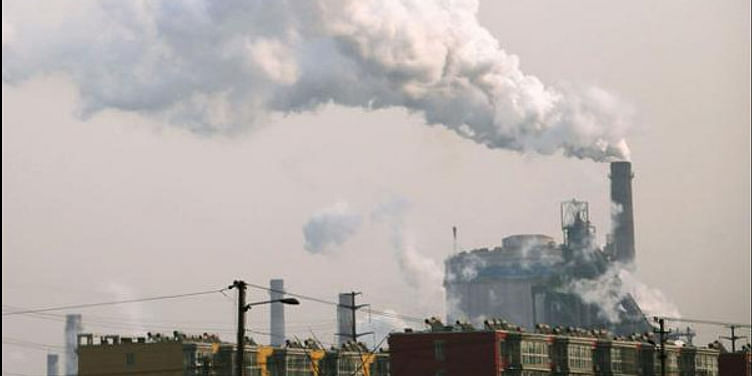 Delhi, the sixth most polluted metropolitan city in the world and second largest (including NCR) often catches the attention of leading environmentalists, health experts and media channels for the dangerously increasing pollution levels in the city and surrounding areas. The World Health Organisation (WHO) has announced “New Delhi” as the world's most polluted city in May 2014. The city's air comprises highest volumes of particulate matter pollution (PMP) which is responsible for its deteriorating health index. A research estimates that every year around 10,000 people in Delhi succumb to premature death only due to air pollution. The major culprits leading to excessive pollution are the power plants surrounding the city limits. Fiinovation, a global CSR consulting firm observes that in the past few years, the condition has worsened so much that it now demands serious preventive measures and corrective actions.

Realizing the gravity of situation, the Center for Science and Environment (CSE) conducted a two year study called, 'Heat in Power' on various power plants across the country. The study covering 47 plants over 16 states, revealed that the India's largest power producing Coal Company, NTPC poorly lags behind in following the various pollution parameters standardized by the government. Amongst them, the established Badarpur plant is not only Delhi's but country's most polluting power plant.

Ironically, this plant which caters only 7.9% share of the Delhi's total power requirement contributes to 80-90% of the PMP and other major pollutants such as Sox and Nox. It is also the world's most inefficient plant with 14% higher carbon dioxide emissions as compared to the plants of similar capacity in China. To add on the inefficiency, the power cost is supplied at an inflated cost of Rs. 6.04 whereas an average power plant supplies the same power at Rs. 5.50.

Fly and coal ash are the main polluting ingredients of the coal-based power plants and the CSE study found that 767 acres fly ash pit is proliferating at an alarming rate beside the Badarpur plant. Hence, to safeguard the environment, CSE recommended to shut down the Badarpur plant entirely. The Union Petroleum and Natural Gas Minister Dharmendra Pradhan also said that, “Closing the Badarpur plant for a year can reduce emission levels equivalent to the benefit which would arise from the odd-even rule after it has been in place for 18 years.”

However, the senior officials of NTPC doesn't agree to these claims and reported compliance with emission norms set by the government. Acting as partner in crime, the Delhi State Pollution Control Board (DSPCB) has also come under the scanner by filing false particulate emission values in the environment statements of NTPC every year.

A report released by International Energy Agency (IEA) on 31st October, 2016 on energy and air pollution in Delhi revealed that, post Diwali, the pollution level has increased by 30 times the World Health Organization’s recommended levels, escalating the respiratory problems for its inhabitants.

This alarming situation forced the Delhi government to shut down the Badarpur power plant for 10 days to control pollution in the city. But, Fiinovation highlights that shutting down the plant merely for 10 days may only control the stituation for a short period. Rather government should come up with effective measures with long-term impact. It has declared to restore 9 gas based power plants, capacitated to generate 6.79 billion units of power at or under the rate of Rs. 4.70 per unit. The Union Ministries of Power and Petroleum & Natural Gas have created a joint campaign for utilising the stranded gas power capacities in the country.

Contextually, Fiinovation suggests that instead of one time prevention activities the Delhi government should focus on introducing clean and green energy solutions. The central government has an ambitious target in the solar energy sector which would definitely require contributions from businesses. Increase in investments in solar energy in the NCR region would be a long-term solution. There are several environment protection laws in the country, however, implementation of the same remains area of concern. The environment watchdog, NGT should takeup cases of large scale pollution immediately and impose penalities on violators.