From an Agent to 3D Printing Legend 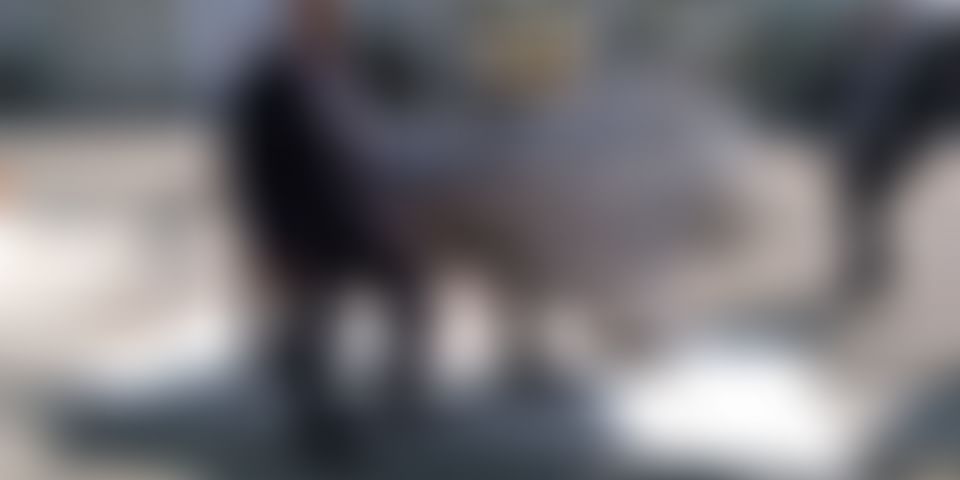 I wasn’t born with a Silver spoon, in-fact in a poor family. Cousins old school uniforms altered, old books, going in Share Auto, Bus as not able to afford School Bus. But gradually my parents put all their efforts and savings to successfully raise us up and break through the poverty, they pretty seemed to be elevating it from a lower class to a middle class standard in the society. In schooling I use to be one of the toppers until 4th grade, from being a topper to an average, then landing up to be an under average student shows clearly that I was loosing interest and was attracted towards the social life. All my cousins were getting highly qualified and I was the one who was left out. Apart from being taunted so many times, was also counseled by family members. My mother tried if I could become a doctor as it was one of the profession which could bring stability in my life, unfortunately I was highly unsuccessful to clear the entrance exam. I was then routed to Engineering, as that time this profession also could get a good stability in ones career. I tried for Engineering, could not get an admission even in the college which had a low cut off percentage requirement, had to drop out the idea of being an Engineer for a year, took up B.S.C. to be a Science student and maintain the education standard in the society. Being a B.S.C. student with no interest in the field I loved being an Actor (acted in College, Society and finally couple of commercial films), Directing a documentary Movie, Writing a movie (1 Written), I started enjoying my social life in the college but slowly understood that these things are not leading me anywhere. In order to be in a richest circle, I had no money, use to get money from home only for travelling and eating vrunch, for my saving use to go walking, sometimes hungry for less money realized the importance of money in life.

I started working in the events distributing coupons, worked as a courier boy, sell mobile phones, windows installation, joined Domestic Call Centre along with my B.S.C. , I was told B.S.C. doesn’t have a great future, should try for Engineering. I finally got an admission in to an Government Affiliated Engineering College and started attending the same. Money was not enough as the needs were increasing, realized that if I work with an International Call Centre IT Process had a better chance to earn more, finally after many tries got selected in an International Call Centre IT Process, was very happy with the pay scale offered as it was the first time in my entire life, could see approx 15000 INR in one go. Everyone including my Grand Mother, Father & Mother was extremely happy.

I had understood the importance of savings and had seen my father the way he was struggling, working hard, saving each of his penny, trying to keep the needs of the family. Understanding the requirements my father took a bigger house (joined two houses) as the kids were growing up. Initially my parents let me spent some money and live my life, I took a third hand car with my small savings, but spent all my money fixing the car, finally ending up having no savings. My parents wanted me to understand the reality of life and come out of this social balloon and start practically living my life. My father from his savings afforded us an assembled computer as he wanted us to learn and never keep ourselves behind. We, especially my younger brother Vaibhav Jariwala learnt playing games, instead of working. One instance I remember that the game required us to upgrade the RAM and we requested Dad to get the computer upgraded telling his Tally software wouldn’t run and it shall also make the computers faster. My Dad was smart enough to understand but he still got us 2 RAM’s of 500 MB each making it to 1 GB. In order to avoid the computer technician charges, my younger brother tried putting the RAM, but burnt the first one. It was a setback for us, but we later learnt the entire assembly. My mother had seen the smoke coming out of the computer and when ever we use to play for a long time, my mother

My mother had a dream of having a bigger house and living in tall buildings, parents saw a home in a good offerings and offered me to partially pay the installments and they could sell one of their house out of two, keep one for their savings and one as an investment in the new house. Possession of the house was within 2 years till then my salary increased. One tragedy when I joined the International Call Center IT process, I was promised to be in the IT process, but then realized it was on the calls, troubleshooting the U.S. Clients for Networking and Internet related issues. I tried speaking up to the management but then did not complain as the pay I was offered was market competitive and I was also responsible to pay off the Home Loan Installments for my home taken in a tall building, which became a responsibility of my life. I was in such a pain working in night shifts; I use to cry and complain to God, shared it with my close friends & colleagues, I use to tell my them I will do something big, they use to say one day you will become a “Star”. With love my friends use to call me “Star”. I successfully completed my Engineering and till then was promoted, and was now handling escalations. I learnt Team Building, Professionalism, Importance of Time, Career Building and gained many more qualities. I still remember all our team members use to love working as the environment created was beautiful by our leaders. My father then asked me to do M.B.A with distance education; I agreed and happily took it up. I remembered after having a long time in the same job, either one quits or go for a better opportunity outside, or looks for a internal job promotion. I applied for an IJP for (MIS) Management Information Systems, being done with Engineering, seeking MBA and among the top performer in job and cracking a good interview lead me to a position of a MIS officer, my leader taught me how to maintain data and my senior leader taught me how to lead towards success. My team had changed; my performance was loved by everyone. There were ups and downs had experienced all the feelings, but with great work pressure, new role, recent promotion and improved salary had to give my best, use to work 14 hours a day to improve the system, created automation reports and data handling, people started liking my skills and I was getting recognized. But after same work in the system, I got promoted to Senior MIS and then lead to a path of a short success with small growth in my salary. Our family was indeed happy as mean time my brother got a Government scholarship to study in U.K. for which partially my parents had to shell out all his savings and also sell his house. Mean while my Father retired as a Lawyer and started small Laws and Real estate practices. Slowly as the days moved on, there was an IJP for Internal Auditor, I applied and was lucky enough to clear it. There were certain politics, but until then had learnt how to handle those. So finally after getting promoted as an Auditor had to learn many things, the role seemed to challenging but interesting. I was suppose to Audit everyone’s task in the system and score each process and finally site. With power comes respect, slowly being in the Auditor role learnt how each function in the business should operate. Slowly with time got into the Senior Auditor role and was now handling the entire India region Audits for the company. I learnt traveling had to travel for Auditing sites at different locations. First time had sat in plane, was very happy to sit on the window seat and see how the world looks from above. It was an amazing experience. Started living my life “King Size”, but then with time the Job started getting monotonous, but with good salary and position didn’t complain.

I was working with Corp-orates, always had a passion to be so called a Businessman and an Industrialist. My brother Vaibhav Rajendra Jariwala returned to India from U.K. completing his Mechatronics Engineering, and we had also shifted to the new house recently, also got a lovely Labrador named Jummie. One day on a lunch while mom was cooking hot Roti’s and we were seated on the Table waiting for the Roti’s and discussing how was life in London etc, then my brother asked me how am I doing, I told him with a smile ‘I am at the top level Auditing Directors and their Sites’. He was happy to hear and told me to work in U.K. which would fetch me more money than what I am earning now. Later my brother mentioned that he had got an offer from “Honda”, also want to apply for “BAE systems” which will offer him good fat salary. He also mentioned working there in Mc Donald’s, people earn Lakh of Rupees. I was smiling and was confused, but till then the Roti’s came on the table and mom complained about the back pain she has while cooking Roti’s. 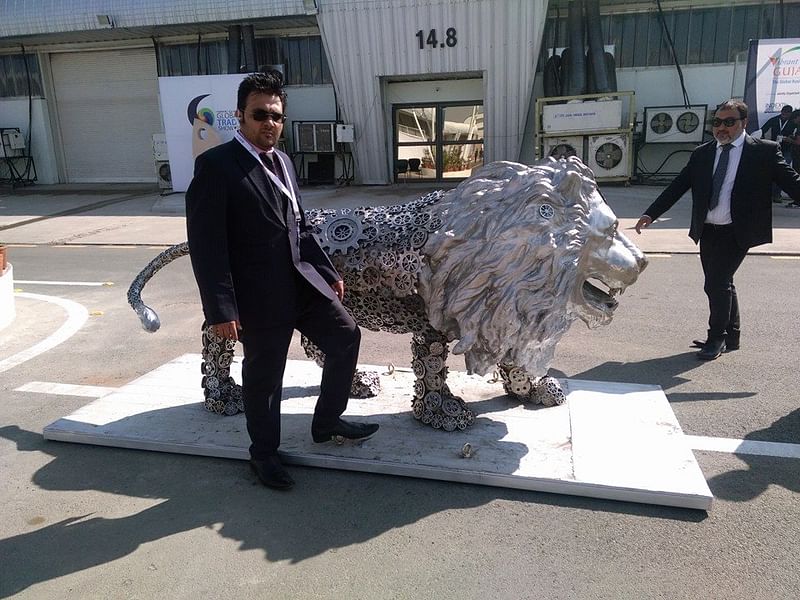 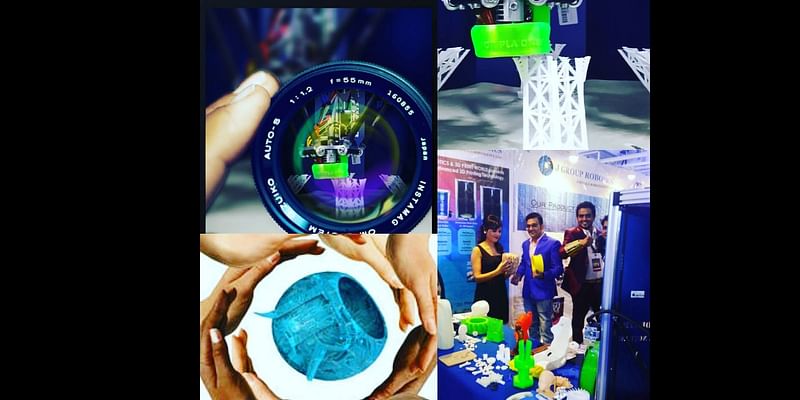 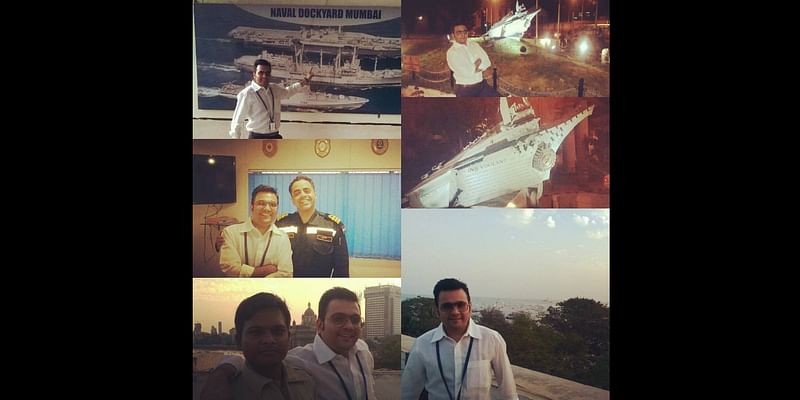 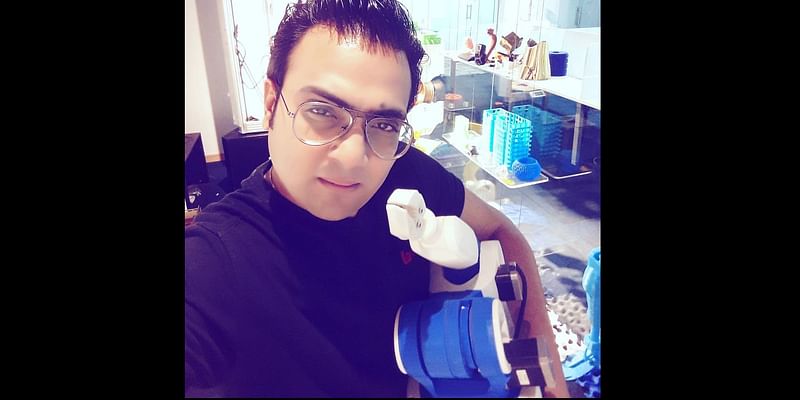 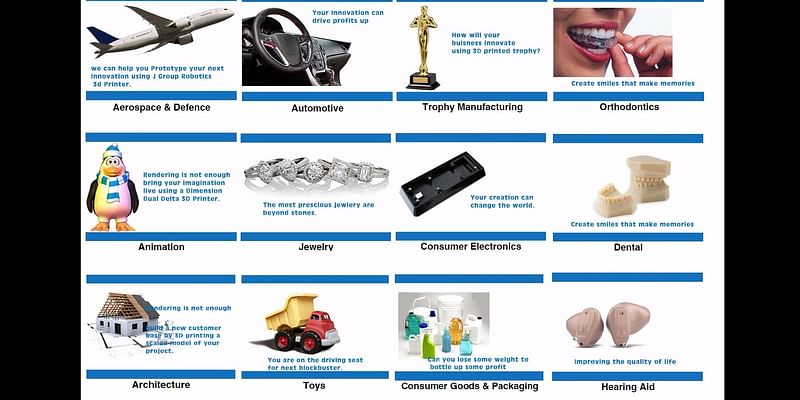