And Then One Day …

By Reema Mittal|24th Aug 2017
How a brief meeting with Mr. Naseeruddin Shah resurrected my belief in the power of passion and perseverance – the two must-haves to succeed in life

With a 2-year old by your side, your life doesn’t remain the same. Your mind just refuses to rest and the to-do-list keeps getting updated every few minutes. Even the simple mundane tasks, at times, fatigue you if they come unplanned. But, this event by no means could have been labelled a routine activity. So, when Mr. X announced that we would be lunching with Mr. Naseeruddin Shah the next day, my instant reaction was, “What!!…You must be kidding”. It took me a while to believe that the once-in-a-lifetime event was about to happen.

After repeatedly assuring myself that there would be a lot of people to have intelligent conversations with him and I could comfortably sit and stare, we went for the grand luncheon. There he was sitting wearing a solid blue polo T-shirt and faded light blue jeans with his trademark silver curls that only added to his charisma. “Wow!! How incredibly fit and handsome he is for his age,” thought I. Though Mr. Shah was surrounded by many known and unknown faces from my neighboring community, it was he who was keeping everybody enthralled. From his commercial and art films to his leading co-stars, from his undying love for theatre to his experiences of shooting for Sparsh and Masoom, two of the most special films of his career, he candidly talked about his life. It was while having our lunch I suddenly felt being goaded by my inner self to interact with him.

“Do you think anybody in the world can act?”

“Because anyone who has the right amount of inclination and passion to learn the craft and is willing to excel in it will succeed.” He then quoted the example of an Italian movie, The Bicycle Thief, where the cast comprised all untrained non-actors. Today, the movie is considered a masterpiece of the Italian cinema.

“It then might be true for writing as well. Anybody can write if he/she has enough passion to succeed,” I said to myself. I returned home happily thinking that that anybody could be me as well. Later that night, I decided to read his memoir that had been silently sitting on my bookshelf for almost 14 months since our friends from Bangalore had gifted it to us. (I am in possession of a personally autographed copy of his book that Sh&Su bought from a book signing event not knowing that one day I would be meeting the actor in person. Such is life.)

And then one day is an invigorating account of the actor’s early life (first 32 years) replete with varied and intimate details shared with brutal honesty and light heartedness. Can an actor of his stature shed all his garbs and reveal his true self in the utmost sincerity is what you marvel at. For me, reading it turned out to be a hugely rewarding experience. Now, this may sound amusing to many of you but, as I read through his struggles to establish himself as an actor, I simultaneously traced my own chequered career path that eventually has led me to my true passion. Why could I even draw the parallels between the two I have no clue. Perhaps, a part of the reason lies with me and the other is scattered in the pages of his memoir.

There came a time in my life when I began to feel that it might be possible to be a professional actor. The only hitch being I hadn’t a clue what an actor does to prepare, and there was no one to seek guidance from.

Yet, no obstacle could stop his burning desire to learn the craft. He later graduated from the National School of Drama but unsatisfied.

The nagging suspicion that I had been kidding myself was fuelled by watching Om Puri’s steady growth from being a modest insecure wallflower into an actor and person of considerable assurance. I though was exactly the same arrogant loudmouth I had been when I joined NSD, had found nothing new, had learnt nothing, in three years. I had grown only in my conceit.

Being a true artist, he constantly sought ways to polish his craft. His insatiable hunger to learn and perfect his art took him to various places but each ended in a disappointment. In the chapter Poor Theatre, Moneyed Film, he writes:

I had gone looking to gain insight into my work which I was, by and large, happy in and which I intended to continue doing. Here I felt I was losing my wits and it was not a comforting thought; no way did I want to lose touch with reality.

Afterwards, he made several attempts to learn the nuances of acting from the so-called legendary figures but in vain. Finally, he realized, much later in his career, that nobody could have taught him anything. He alone would have to learn, unlearn and relearn his craft, which he continues to do even now.

Mr. Shah again returned to the IITK campus after a few months. As a scholar in residence, he was there to hold theatre workshops for students and perform plays with his theatre group ‘Motley’. I again had the privilege to meet him and this time too he shared an interesting fact. It took him 12 long years to finish the book as he kept editing and revising it until he was satisfied to the core. He chose not to seek any professional help as it would have interfered with his ideas and writing style. Isn’t that you call a true perfectionist! He left the campus after giving two scintillating performances – Einstein and Ismat Aapa ke Naam – that were received with a jam-packed auditorium and a thunderous applause. I too were present there applauding him from far behind and wishing that I could, for once, tell him how he unknowingly had resurrected my belief in my work.

Where is my story? Well, it is too short and can be summed up in a few lines.

It has been more than 11 years since I accidentally forayed into writing and editing field. From a copy editor to a technical communicator, from a field reporter to a program manager at a community radio, from a digital content writer to a book author, every single stint has taught me the nuances of the craft and taken my skills one notch up. If copy editing taught me the relevance of an error free copy and helped me develop an eye for fallacies as minute as double spaces and as grave as misspelled names of authors, technical communication taught me the five Cs of an effective writeup – Completeness, Conciseness, Coherency, Correctness and Clarity. If field reporting helped me decode the body language of the interviewees and study between the lines to write compelling case studies, community radio prepared me to unearth hidden stories. Then came along a project that accentuated my passion for content so much so that it has rendered me useless for any other job. But fears and doubts about my own abilities continue to creep in. Perhaps, it’s time to push my boundaries further and touch new horizons. And then one day, hopefully, my work too may find its readers and transcend borders.… 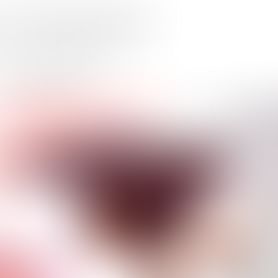 Why Attestation Is Required & What Does It Means?