Paving towards an Improved Economy

With Implementation of Eway Bill from 1st April 2018, the Way Bill system has played a pivotal role in setting a benchmark for businesses across India. All the top logistic companies which are transporting goods in order to streamline the supply chain process have benefited with the introduction of the Eway bill as they have ensured seamless interstate movement of goods. The way Bill mechanism has made it compulsory that all the goods worth 50, 000 needs to be preregistered before they move the goods beyond 10 Km mark from the official start point.

In which different situation can an Eway bill be generated

Eway could be generated when there is a movement of goods in relation to supply, maybe an inward supply from an unregistered person. To produce an e-Way Bill, you have to furnish invoice level details and transportation details in the e-Way Bill portal.

Before the introduction of Eway Bill, they were subject to state-specific rules and were generated through different state-specific portals. Now under GST, E-way bill is governed by a uniform set of rules which is applicable across the nation and can be generated electronically. This new billing system creates a facility for transporters to raise complaints, in case a vehicle is detained for more than 30 minutes.

The necessity for generating an Eway Bill

Invoice related to the shipment of goods must be in hand.

As the goods are transferred via road Transporter ID or the Vehicle number is required.

Benefits Developed with the onset of Eway Bill 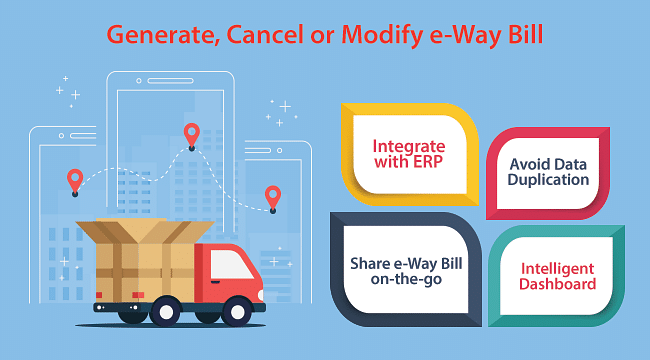 There are many other benefits which have evolved with the onset of Eway Bill and could be enlisted below. Any taxpayers or transporters will have no need to visit any tax officers or checkpoints for generation of e-way bill or movement of goods through states.

Earlier established check-posts which extended the waiting time have now been replaced with no check post and now easy & faster movement of goods is possible thereby allowing optimum use of vehicles or resources since there are no checkpoints in GST regime.

Easy and quick generation of the e-way bill.

Best PC Cleaner and Optimizer Software For Windows in 2021