Is your company FEMA compliant? 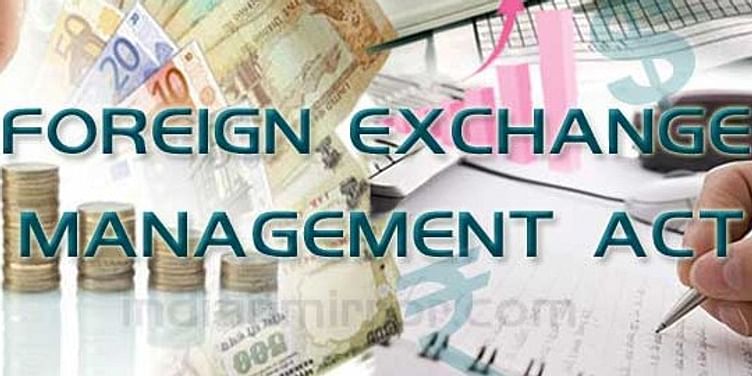 With the advent of the New Industrial Policy, 1991 ("Industrial Policy") and a host of economic reforms and liberalization introduced by the Narsimha Rao Government, the closed Indian economy opened its arms to welcome foreign direct investments ("FDI"). This has acted as a catalyst for the growth and development of various sectors in India. Prior to 1999, the foreign exchange related activities in India were governed and regulated by the Foreign Exchange Regulation Act, 1974 ("FERA").The FERA regime was known for its draconian and stringent provisions and controls. However, in the background of the spirit and objective of the Industrial Policy, the Atal Bihari Vajpayee Government repealed FERA and replaced it with the Foreign Exchange Management Act, 1999 ("FEMA") with effect from June 1, 2000. The promulgation of FEMA further liberalised foreign exchange laws of India and provided a boost to foreign trade which has consequently led to a systematic evolution and development of the foreign exchange milieu in India.

Why is FEMA important?

The foreign exchange market and the entire gamut of foreign exchange transactions in India such as FDI in India by persons resident outside India, investments by resident Indians in wholly owned subsidiaries or joint ventures abroad, borrowing and lending transactions in Indian rupees, external commercial borrowings, acquisition and transfer of immovable property by persons resident outside India, import and export of goods and services, overseas remittances by resident Indians, establishment of a branch or office or any other place of business in India by person resident outside India, falls within, and is governed by FEMA. The provisions of FEMA have to be harmoniously read with the applicable regulations, rules, notifications, directions, press notes, circular etc. issued by the relevant regulatory authorities empowered to issue the same.

The ambit of FEMA comprises regulations and rules, notifications, directions and circulars (collectively, the "Regulations") as are issued by the Reserve Bank of India and the Central Government from time to time. These Regulations govern and regulate the entire gamut of foreign exchange transactions in India. Further, in so far as FDI in India is concerned, the Department of Industrial Policy and Promotion ("DIPP"), Ministry of Commerce and Industry, issues press notes in relation to FDI from time to time as also a consolidated foreign direct investment policy ("FDI Policy") which is a compilation of FDI related provisions. Accordingly, any transaction involving dealing in foreign exchange and/or a counter-party which is a person/entity residing outside India, will have to be undertaken in compliance with the Regulations including the FDI Policy, as are applicable at such time. In addition to compliance of FEMA at the time of undertaking transactions, FEMA has also, under various Regulations prescribed for regular compliances to be made by the concerned entities/persons.

Further, an important aspect which is intrinsic to FEMA is the requirement to adhere to timelines where stipulated under the FEMA for the purposes of actions to be undertaken or filings to be made. A contravention of any provision of FEMA has defined consequences including penalties and procedures prescribed for regularization.

Given the fact that the FEMA is a well-defined law, which touches upon and regulates any form of foreign exchange transaction in India, thereby defining parameters for functioning (as far as relating to the foreign exchange aspects), it becomes important for any person or entity be it Indian companies, foreign investors, persons resident outside India and the other stakeholders operating in the foreign exchange market in India ("Stakeholders") to be cognizant of FEMA and the compliances involved therein and also the changes that are brought about in the FEMA and its Regulations from time to time by the relevant regulatory and enforcement authorities.

Is your Company FEMA compliant?

Need for an advisor to comprehend FEMA

The illustration set out above is in relation to TISPRO, which is one of the several Regulations prescribed under FEMA. However, in addition to TISPRO, FEMA comprises in totality, 25 regulations, 18 Master Directions, 6 rules and the various press notes and notifications/ circulars issued by DIPP and RBI respectively from time to time for notifying amendments under FEMA. In view thereof, it is important for the Stakeholders (to whom any of the aforesaid would apply) to keep pace with the nuances, subtleties and dynamics of FEMA in order to be in compliance of FEMA at all points of time. For the Stakeholder to completely gauge the import of the compliances and be advised on the extent and parameters within which FEMA may permit the Stakeholder to undertake a particular foreign exchange related transaction, the Stakeholder should be well-assisted by a legal advisor specializing in FEMA.

This would assist the Stakeholder in harmoniously comprehending and interpreting FEMA whether in relation to foreign direct investments in India, overseas investments in subsidiaries and/or joint ventures, borrowing and lending transactions in India rupees, external commercial borrowings, acquisition and transfer of immovable property by persons resident outside India, import and export of goods and services, overseas remittances by resident Indians, establishment of branch or office or any other place of business by person resident outside India or any other transaction involving inflow or outflow of Indian or foreign currencies or any foreign exchange transaction. 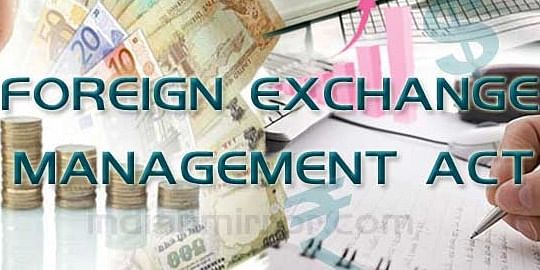