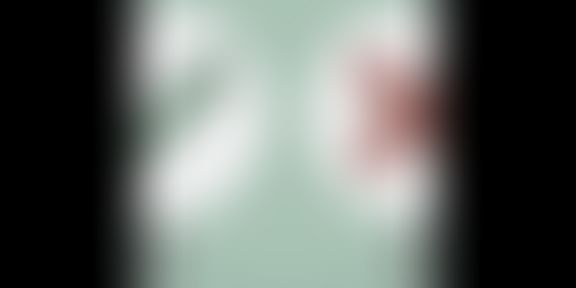 In most cases, merger decisions are taken by the management and approved by the shareholders. However, small or retail investors do not have much say in such decisions and do not have enough votes to influence the decisions.

While companies go for mergers to consolidate market share and strengthen geographical presence, small investors may not always gain much from mergers. Companies merge to improve the wealth of their shareholders, but it can affect the shareholders of both companies in different ways. The conditions of the merger will have different effects on the stock prices of each participant in the merger.

If a merger is successful, then the stock holding of small investors will benefit. Mergers also lead to an increase in the share price of the merged entity in the long-run. Also, the stock price can fall if there is any mismatch in valuation. Deals which are highly financed through debt can fail and wipe out investors’ wealth. If the target company’s valuations are high, then the shareholders of the acquiring company will be at the losing end because of the dilution of their holdings. If the valuations are low, then the merger will wipe out the target company’s shareholders’ value.

One of the most important factors is the swap or the share exchange ratio of the merger. It is the number of share the acquiring company gives its own share to the shareholders of the company that it is buying. Also, in cases where the majority shareholders sell the target company at a low price, it will impact the minority shareholders adversely.

Mergers and acquisitions can take place in various ways, with different impacts on the investor. If you are holding shares of a company and that company buys another company, the investor will have shares of the new merged entity. This process is called stock for stock deal. If an investor own shares of the company being acquired, he will receive shares or end up with cash in exchange for the shares.

Shares of a company shoot up based on speculation about a merger. If investors think a company will be sold at a premium, they buy shares to take advantage. Quite often merger of two companies causes significant volatility in the stock price of both the firms and wipe out a significant part of market capitalization investors’ wealth. Past deals show that shareholders of the acquiring firm usually experience a temporary drop in share value in the days before the merger. On the other hand, shareholders of the target firm see a rise in share value during the period. At the end, if the stock price of the merged entity is higher than that of the acquiring or the target company, then it will be profitable for shareholders.

Moreover, the shareholders of the two companies will see a dilution of voting power because of the hike in the number of shares released during the merger process. This is significant in the case of stock-for-stock mergers, when the new company offers its shares in exchange for the shares of the target company after mutually agreeing on the conversion rate. In such a case, shareholders of the acquiring company will see a marginal loss of voting power, while shareholders of a smaller target company may see a significant erosion of their voting powers in the relatively larger pool of stakeholders.

There are some mergers that will go down in history as tremendous success stories for both companies and shareholders. There are also equal numbers of failures of mergers which have destroyed wealth of investors, including that of small investors. Here are some case studies of successes and failures.

One of the deals of the past years which had benefitted small shareholders was Kotak-Mahindra Bank-ING Vysya Bank merger  valued at Rs 15,000 crore. It was an all-stock amalgamation. In the deal, done in early 2015, Kotak Mahindra Bank gave 725 equity shares of itself for every 1,000 equity shares of ING Vysya Bank. The share exchange ratio was fair and reasonable and the model of superior risk pricing and lean operating model was a winning strategy.

The swap ratio was arrived at by the independent valuers appointed by Kotak and ING Vysya who recommended a share exchange ratio, which was accepted by the respective boards. The independent valuers valued each bank using methods like market price method, comparable companies method, discounted cash flow method and net asset value method.

The deal was a perfect match for the two companies because of larger footprint and complete product suite which propelled Kotak Mahindra Bank in the fourth-ranking now. Also, ING Vysya’s stressed assets were transferred to a separate bad bank as the problem loans were 6% of the erstwhile ING Vysya’s total loans which were valued at Rs 2,575 crore. Post-merger, the combined entity has workforce of around 47,000 people and 1400 branches. Almost three years into the merger, Kotak Bank is admired by investors as it gave returns of 44% to shareholders after the merge.

Another important merger that resulted in many benefits to the merged entity was the merger of HDFC Bank-Centurion Bank of Punjab  in 2008. The resultant merged entity inherited a huge asset base along with a wide network of branches and a bigger pool of skilled manpower. The other synergy included sharing of the varied clientele of both the banks. The Scheme of Amalgamation fixed the share exchange ratio of one share of HDFC Bank for 29 shares of Centurion Bank of Punjab. The deal was a roaring success for investors who gained three digit returns from stocks.

The ill-fated RE power deal not only left Tulsi Tanti in a debt quagmire, but investors too lost money in the deal. Though the market gave a thumbs up to its acquisition of Germany’s REpower for 1.4 billion British pound in 2007, the acquisition later turned sour as slowdown hit the company very hard. The company could not repay the debt taken to finance the purchase, which led to India’s biggest convertible-bond default and later loan recast. In 2015, REpower was sold to Centrebridge Partners for $1 billion.

How M&As stack up

In most cases, merger decisions are taken by the management and approved by the shareholders. However, small or retail investors do not have much say in such decisions and do not have enough votes to influence the decisions. They are tied with the drag along provision, which forces them to go along with the majority view. To make deals happen, companies sometimes pay a premium per share. Sometime, companies come out with open offers where an investor gets an opportunity to exit the investment at a premium price. This is a good opportunity for those stocks which are not traded actively.

Investors, especially retail investors should look at the track record of management of both the companies, the potential, scalability and the acquiring company’s financial capabilities before deciding to hold on to the stocks for a long-run.