Google does not return green ad label for mobile search 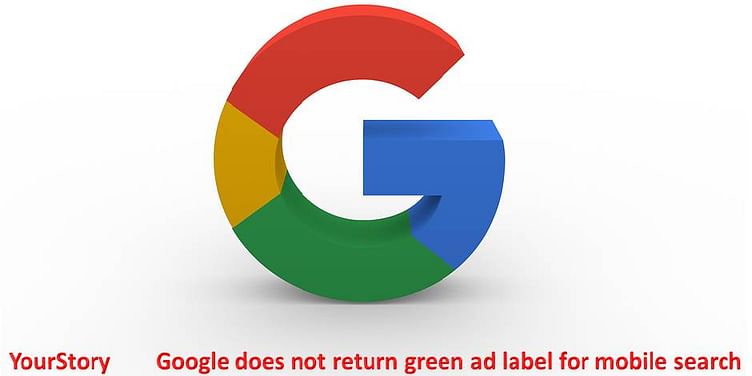 Many users see the mobile search in the SERPs still a green label instead of the new black for Ads. However, this is not a test for a return, but a leftover.

Google introduced a new mobile search interface in May . A central point next to the favicons was that the labeling of ads is no longer guaranteed by a clear green label, but an indication in the rather inconspicuous black. Recently, however, users saw this green label still frequently and it was speculated that Google could test if this is returned. That's not the case; rather, the new design has not yet been rolled out comprehensively.

Not all users were satisfied with the new Mobile Search Interface. Because the new specification for Ads, which now stands over it instead of under the headline, is held in black, so it does not stand out in color from the result text.

With this color change, ads are less likely to catch the eye - and may be clicked more often, as they tend to look like organic results. That had disturbed some users. Bill Harzer even designed his favicon to make his organic search result look like an ad; however, Google's Danny Sullivan advised him to change it as soon as possible.

I'd suggest you switch back ASAP. This wasn't unanticipated. In cases of inappropriate favicons -- and this almost certain will be such -- we can change the site to only get the default favicon https://t.co/wZYUBkW1Aa pic.twitter.com/W0kevj8EFw

After the roll out of the new interface was started, some users had recently again a green label for Ads, but discovered over the result. And wondered if Google wanted to return to the old marker color because of the disapproval of some users.

Did I miss something or is the “ad” icon green again? ...and in a box? pic.twitter.com/dfhVh75Uw7

SEO expert Barry Schwartz was interested in the development and conjectured that it could be a test. But Danny Sullivan from the Google SearchLiaison clarified via Twitter that it is by no means a test go. And although, for example, user Lily Ray was able to see both the favicons and the green label.

Sullivan tested it and gave the appropriate answer.

I checked. It's not a test. With these types of changes, we sometimes don't roll out to a tiny percentage for some last metrics gathering. That's what's happening here; I expect it'll be complete in the coming weeks.

Accordingly, Google has not rolled out the new interface to a number of users in order to collect more usage data. Thus, some users will see the green label for a while, but only a few weeks. Then the mobile search is determined by the black Ad mark. And that is not very popular. For Google and the marketer, however, this layout could pay off in the truest sense of the word.