Subdomain leasing does not violate Google policy. However, the all-clear can be only briefly breathe easy, because the search engine giant wants to rate content on subdomains differently in the future.

Many content on the web is not hosted by independent domains, but is hosted externally via external subdomains. Prominent examples are blogs that are operated via a subdomain of wordpress.com (eg exampleblog.wordpress.com) and voucher portals.

Instead of building a separate voucher portal, brands put their vouchers on them and thus usually benefit from the good ranking factors of the top-level domain of the voucher portals. Now, Google has announced via Twitter that this subdomain lease does not violate the policies.

The all-clear is only temporary. While content on external subdomains has so far benefited from good rankings of top-level domains, this is likely to change in the future.

The tweet states that subdomain leasing does not violate Google's policies. However, it would be better to set your own domains. The algorithm would learn over time and in practice to better understand in the future whether content on subdomains is independent of the top-level domain and treat them accordingly.

Conversely, this means that content hosted on external subdomains will probably benefit less from the top-level domain's bonus in the future and tend to be inferior as a result.

We’ve been asked if third-parties can host content in subdomains or subfolders of another’s domain. It’s not against our guidelines. But as the practice has grown, our systems are being improved to better know when such content is independent of the main site & treat accordingly.

Overall, we'd recommend against letting others use subdomains or subfolders with content presented as if it is part of the main site, without close supervision or the involvement of the primary site.

Likewise, the largest ranking successes according to Google can be achieved if independent content with added value would be created, which reflects its own brand.

Our guidance is if you want the best success with Search, provide value-added content from your own efforts that reflect your own brand.

Google's advice should not surprise site operators at first. After all, Google has been preaching for years about how important their own content is, and rewards websites with unique content accordingly in the rankings.

The fact that Google is now looking more closely at subdomains and therefore takes negative consequences for voucher portals and Co. in buying is also unsurprising. After all, the search engine giant has in the past shown itself quite unscrupulously in the application of its algorithm several times.

In fact, the Google analyst Johannes Müller had already in June in a Webmaster hangout on white label websites show through, that Google will rectify the subdomain lease in the future. According to him, at the time, the Google Search Quality Team had been dealing with such sites, often from the area of ​​price search engines and voucher portals, and discussed how to deal with them. Furthermore, Müller also emphasized the quality as an important ranking aspect.

Müller's announcement was backed by former journalist and Google employee Danny Sullivan last week. When asked by a user that webmasters have a right to know whether to invest in their own domains or rely on subdomain leasing, Sullivan said they should invest in their own websites and that's why Google Tools how the Search Console would offer.

Meanwhile to what you asked here:https://t.co/Qn26Kq3C9u

I think Google's been pretty consistent people should invest in their own web sites. It's one reason why we provide tools like Search Console. There's no change in guidance there.

Site operators should question subdomain leasing in the future

Although Google has at least given the all-clear with regard to the guidelines, the direction for site operators is clear: Who would like to subdomain others to publish their own content there, should consider this in the future and examine the contents in detail.

Otherwise, good rankings of the top-level domain could be affected by the foreign, inferiorly inferior content. Similarly, subdomain leasing can be risky for anyone who wants to publish their potentially outstanding content on foreign subdomains.

There is a content masterpiece there in addition to inferior content from third parties, it threatens to go under and will not achieve the targeted range that it could possibly achieve on its own, strong domain. 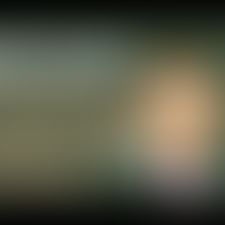