Great examples of ruby on rails use in commercial business

Today, digital business is one of the most attractive destinations for investors, entrepreneurs, and simple dreamers. Indeed, even in the context of the global crisis caused by the COVID-19 pandemic, online enterprises suffer less than others.

Today, digital business is one of the most attractive destinations for investors, entrepreneurs, and simple dreamers. Indeed, even in the context of the global crisis caused by the COVID-19 pandemic, online enterprises suffer less than others.

And if the question of whether it is worth investing in the development of any web-based solution is not actual anymore, then what technology to use is the subject of eternal debate between entrepreneurs and programmers. In our article today, we will talk about the Ruby on Rails framework.

At the moment, there are more than 2 million sites in the world using Ruby on Rails, more than 400,000 of which are running live. This suggests that despite the fact that there are more popular solutions like React, Java, or .NET, Ruby on Rails development still has its fans and specialists.

Let's look at several options for how to use RoR in digital business. But first.

Why Ruby is popular?

Ruby's popularity is very easy to explain. The fact is that this language has a very nice interface, it is easy to learn and errors are not critical, which means that it is very simple to fix any bugs and issues. Thanks to this, programmers can fully concentrate on the creative development process, without delving into technical details and without crawling into the wilds of code. Ruby does all the hard work, and the developers can only use this power in the right direction. Due to the fact that the Ruby code is understandable, it is also very easy to document and share for other specialists. This helps a lot when a new person enters the project, who must look through everything that has been done before him and continue working.

As you know, Rails is Ruby's framework. It is designed for web development primarily. Thanks to this, Rails simplifies many development processes by automating some repetitive tasks. And finally, we would like to remind you that Ruby is an open-source platform, which means that a huge community of his fans is constantly working to refine or improve the existing state of the language, develop various plug-ins, and so on.

Best examples of Ruby on Rails use in commercial business

So we come to the main topic of this article. You will be amazed at how many of the most popular platforms have been created using Ruby on Rails.

We think that you, of course, are well aware of what Airbnb is, due to the fact that this platform is one of the main ones on the list of any traveler. Of course, such a massive site is created and maintained using various frameworks. However, as of 2020, Airbnb still uses Ruby on Rails as its main framework. The site constantly needs new updates, as well as designing new applications for cash transactions and maintaining a lively listing structure of the services offered.

Yes, the most popular technical platform among developers was also created in 2008 using Ruby on Rails. Why did this happen? The fact is that the developers considered that to create such a platform, they need a language that will help develop a tangible product that can be easily changed and scaled in the future. Other languages ​​are already being used to create more narrowly targeted applications, and the truth is that, at the moment, GitHub's repository most popular language is Javascript, while Ruby has lost its former positions. But still, it is worth mentioning that the main platform in the life of any developer (along with Stackoverflow) was created on Ruby on Rails.

Basecamp is one of the oldest and most proven platforms for business and project management. If GitHub is a huge library of solutions for developers, then Basecamp is the same for business and product owners. The site was created using Ruby on Rails, and this is understandable because the creators needed to create an agile platform for project managers in order to simplify their tasks and enable them to exchange files and information in the most convenient way. RoR provided them with that instrumentarium.

We pass to more general-purpose solutions. And here Ruby he Rails can turn around in full since the range of applications of this framework is extremely wide. For example, the site of one of the world's major financial and economic news agencies was written using Ruby on Rails. And this is one of the best examples of what a wide range of possibilities RoR provides to those who have trusted this framework. Bloomberg uses a huge number of interesting features, such as video content, news feeds, search and archive systems, and so on. At the same time, the site also runs information updated in live mode, for example, stock exchange quotes.

In the last 5-6 years, streaming services have truly taken over the planet and we can say thanks Netlfix for this. However, where there are an audience and a working solution, competitors will certainly appear. Therefore, now all the major technology companies have their own streaming services - Amazon Prime, Disney +, and so on. But what is Hulu? This platform is slightly different in its approach to work. Realizing that it would be difficult to compete with Netflix, Hulu focused on making its platform the first to receive new popular TV shows and films, giving the indie segment to the guys from Netflix. Ruby on Rails was chosen to create such a platform, and it was the most correct decision. The thing is that the Hulu site should work with a huge amount of video content, which should be easily accessible to users. Hulu still uses Ruby on Rails, and, in gratitude to the framework, the company even sponsored "RailsConf2012".

We are sure that the list of the above-written companies is more than enough to assure you that Ruby on Rails is still a great choice for a commercial business. This framework is really unique, it can become a solution for both e-commerce projects and for more narrowly targeted platforms.

Is it worth investing in the development of your platform on Ruby on Rails? Definitely yes, if you are sure that this framework is completely suitable for you. It is also a much more economical solution than JavaScript, Java, or .NET. The thing is that the services of Ruby on Rails developers are often cheaper, as you can see for yourself by studying the rates of programmers on platforms such as Upwork. 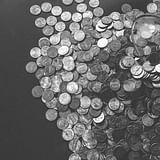 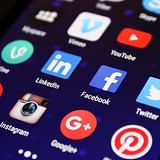 Digital Marketing: Can the COVID-19 seize your business? 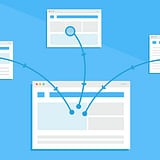