Here Is Why VPNs Are Very Important

If you are using the internet, much so, if you are using an unsecured network, you should be aware that someone might be snooping on you. In the first place, a public network is public for a reason.

If you want to have peace of mind if you are surfing the internet, the best way is to get online protection. And how do you do that?

You install a VPN on your devices.

Things you need to know about VPN

VPN stands for virtual private network. The concept goes like this. If you are surfing using a public network, your traffic can be easily intercepted and monitored. Meaning, anyone can see what you are doing and what information you are putting on the internet.

Moreover, if you are browsing using an HTTPS network, you are on a secure connection. Just make sure that beside the https is a lock icon account. Using this kind of connection, it is hard for your traffic to be intercepted and you are less likely to be monitored.

If you have VPN installed on your computer or mobile device, you will have the peace of mind when you connect into a public wifi, may it be in a coffee shop or in the airport. You won’t worry if the wifi is legit or if there is someone out there waiting for you to input your sensitive information like credit card, passwords, social security number, etc. You don’t have to worry about it, because you are protected under a VPN.

When using public wifi while your VPN is on, you will be assured that you are in a good connection, that no one will intercept your activities or your information. No one has the power to snoop on you.

Also, you have to keep in mind that public wifis may sometimes not what they are supposed to be. Sometimes these are malware hiding as wifis to inflict harm on your device or network. But with your VPN on, you will be able to spot this and protect you from any malicious malware.

And since you are protected under VPN, your web traffic is hidden as well as your IP address. So they won’t be able to track you when accessing these blocked websites. It protects your identity in order for you to safely access the internet.

VPNs are fairly the same with MacOS and Windows devices. However, it is a bit difficult to have it on mobile devices.

Since your mobile device is very handy, and you use it all the time to connect to the public internet, your web traffic has a higher chance of getting intercepted. Moreover, the government and other organizations use specialized tools and equipment in intercepting traffic using mobile devices.

VPNs usually have the same setup, interface, and installation. However, iPhone VPNs have a different protocol as compared to Android devices. On the other hand, consumers really don’t care about this stuff.

However, if you re using Linux, here are the best VPNs that you can buy. On the other hand, if you are using Chromebook, here are some tips on how to set up your VPN.

About the NSA and ISP

One thing you need to know when it comes to online privacy are the groups of NSA and ISP. NSA stands for the National Security Agency and ISP stands for the internet service provider.

NSA surveillance equipment and apparatus are very powerful. It is also wider in scope. So if you are using an unsecured or public network, you are more likely to be monitored by the NSA. This was proven during the Snowden leak issue. It was confirmed that the agency has a direct access to the very heart of the internet.

However, when you use a VPN, your traffic will be hidden. Your traffic will belong to millions or billions of traffic around the world, so it is hard for you to be spotted. However, if you are singled out among this traffic, it is easy for the NSA to track your movements and even track you.

Even if you are using a VPN, with the NSA’s powerful surveillance apparatus, if they decided to focus on your traffic, they will eventually find out about you. But if it is a mass surveillance, your traffic won’t be traced, much more if you are browsing in a secured site with HTTPS.

That is just one concern. Your ISP can also spy on you. Before, ISP was profiting because of the information they have of their customers. They give this information to tech giants like Facebook and Google, who use it for advertisement purposes. This has contributed their major growth.

It is true that Facebook and Google are getting profits just based on our behavior. But users have the choice if they will use Facebook and Google. In the first place, before using them, you have to agree with their terms of use. And that includes full control over any activities or information that you give them while using their platforms.

VPN is a good way to hide your traffic. But there are still multiple ways that your traffic can be traced. One is if NSA will single out your traffic and use their powerful surveillance tools to trace you.

If you really want to hide your traffic and access the dark web, you’ll be needing a much more powerful tool like Tor. Unlike VPN, what Tor does is it bounces your traffic to several different servers so that you will be untraceable.

Tor is free. It is founded by a nonprofit organization. Another VPN has the feature to connect you to Tor for much greater security. 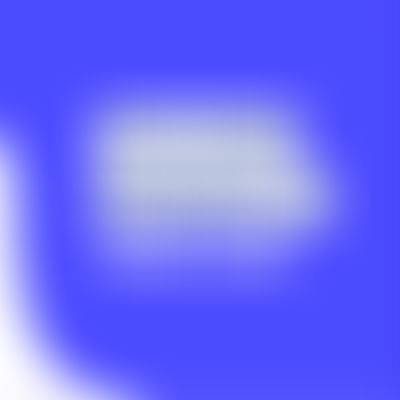