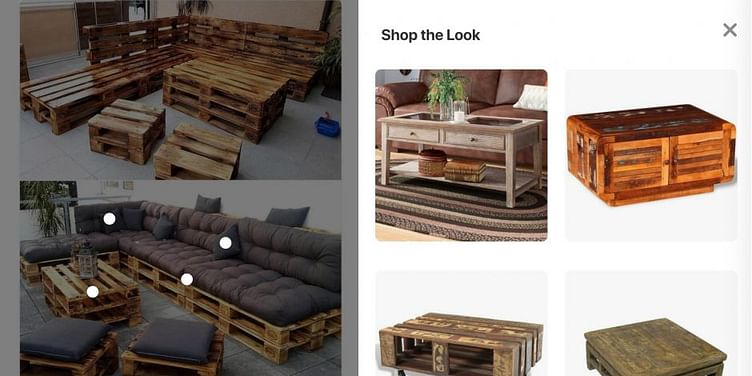 When Pinterest launched his "Shop the Look" button in 2017, Marketer started social shopping. Initially, only a few handpicked test objects such as handbags, jeans or sneakers could be ordered directly by button, without leaving the platform.

But at least - finally, for social media engagement, Marketer was no longer just talking to users, but also measurable conversions. As recently as 2015, Twitter, Facebook, Reddit, Pinterest, and Instagram in the US contributed less than 2 percent to e-commerce referral traffic, according to Adobe Digital Insights. But now more and more brands and platforms are jumping on the social commerce bandwagon. The proportion of referral traffic from social media platforms to the payment buttons of the branded companies already stood at 9.1 percent in the first quarter of 2019.

Social commerce grew faster than any other source of ecommerce traffic, including search results and banner ads, organic search, and email marketing, according to an eMarketer survey on social commerce published in April 2019. For Apu Gupta, the success of social commerce lies above all in the visual fun experience. "In stores, customers can roam the shelves and be inspired by new things, while e-commerce has so far focused almost exclusively on users who know what they want to buy," says CEO of social commerce service provider Curalate.

Above all, the social networks Instagram, Pinterest, Facebook Messenger and Snapchat are increasingly being developed into integrated sales channels in the USA. Facebook offers marketers in the US three ways to social commerce in its Messenger app. Product catalogs can be uploaded via the sales channel, the purchase then takes place outside the messenger. Facebook's Live Chat Shopify app complements websites that sell through the Shopify products platform, with customer service via messenger chat.

A new feature is Facebook's buy-now function, in which for the first time the user data stored on Facebook are used for the transaction and the complete purchase is handled with a single button within the messenger. The opportunity to increase their sales through the seductive simplicity of the transaction, retailers and brand owners pay for this option, however, with the risk that now Facebook has the user data and, for example, for product recommendations from competitors can use.

At Instagram, there is also a checkout feature since March 2019, which makes the complete purchase of products within the app possible. 20 brand-name companies were already there for the start, now there are 25 and even the first influencers such as Coelho and Kim Kardashian West can already incorporate checkout buttons directly on their pages. Adidas boss Kasper Rorsted rated the function after a short time positive. "Our new product launches and Instagram Checkout were the two most important success factors for our online business in the first quarter of 2019," said Rorsted in early May on the announcement of the quarterly balance sheets.

Pinterest has begun to automate its shop-the-look feature with Visual Artificial Intelligence (AI), starting with furniture and home furnishings. While up until now an employee had to check whether there is an object pinned by a Pinterest user to buy at all and whether this is available in the current catalog of a retail customer, the Artificial Intelligence ​​is doing this task more and more independently. Smaller digital retailers with limited inventory, in turn, benefit from the fact that computer image recognition in social networks makes numerous new use cases discoverable in which users use their products.

All of this is helped by Artificial Intelligence service providers such as Clarifai, whose visual Artificial Intelligence algorithmically matches the catalog of the online furniture store West Elm with user photos and automatically displays other West Elm products. Pinterest comes a step closer to its stated goal of making the world "pinnable" (and commercially available) by linking shopping and visual Artificial Intelligence. Since launching the platform in 2010, more than 265 million monthly active users worldwide have pinned more than 175 billion photos to their whiteboards. According to Venturebeat, automation at Pinterest has resulted in 23 times as many of these pins being equipped with direct shopping as two years ago.

Snapchat has been working with Amazon on the Visual Search theme since last October. You take a picture of a product, upload it to Snapchat, and then redirect it to Amazon for purchase. This works with products with or without barcodes and with virtual goods such as songs or movies from digital libraries as well as physical objects. Amazon's AI automatically detects which category it is, leads the user to the appropriate Amazon catalog, and also informs them if there is a prime offer to do so.

Snapchat wants to position itself as an augmented reality platform, but Pinterest already offers a similar feature with its Lens function. Among other things, it is used by the Retailer Target. Users can use it to photograph any objects and check whether the product is also available at Target.