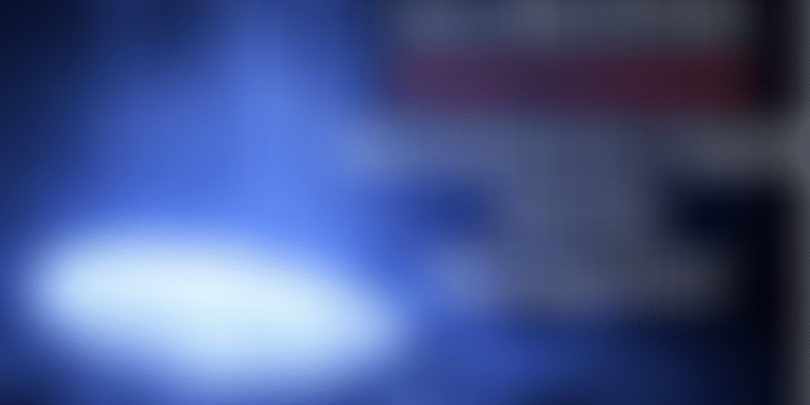 Can blockchain distrupt digital identity? Read on to know how

Blockchain is a revolutionary technology and widely considered as a panacea to all digital privacy concerns of modern civilization. The blockchain technology provides a decentralized, distributed, immutable and transparent platform for the exchange of information.

But Blockchain alone isn’t enough. To fulfill the promises of a trustless, transparent world, we need robust smart contract solutions to help us. Read ahead to know why you need to hire experienced smart contract developers along with blockchain development to truly leverage the combined benefits of Blockchain smart contracts.

One main reason why Blockchain technology is so hyped is because of it’s potential to safeguard user privacy. In the current set of digital technologies, all our data is handed out to centralized agencies, thereby making us dependent on the choices made by them.

For example, if Facebook chooses to share your user data to organizations such as Cambridge Analytica, they can choose to do whatever they want with it and there’s nothing you could do about it.

If you’re into the Google app ecosystem, chances are that your account contains all the information about you, including the details of every place you’ve visited this month. Such intimate and personal information can get wideout in the open if Google chooses to share the data with any party which seeks to harm or influence you.

Another major aspect where individual privacy is under threat is that of their own identity! You may know about hackers or suspicious agencies that can use your identity for any negative purposes such as fraudulent transactions, identity theft and the like.

Is it fair to just let the perpetrators of such harmful acts cause you unnecessary troubles and make you prove your innocence for deeds you’ve never committed? Is it fair to not have ownership to your own identity and trust its security to third-party agencies or the government?

Chances are that your answers to the above questions are a straight No! So how can blockchain save you from all such troubles? The answer is Smart Contracts.

What are smart contracts?

Don’t get fooled by the word. Smart contracts are not literally “smart”. Nor are they a result of some AI mumbo-jumbo using which companies tag literally every device as a smart gadget. Smart contracts are simple, self-executing contracts which negate the presence of a middleman in transactions or exchange of information/value.

Suppose you’re making a transaction through a smart contract on a blockchain network. The smart contract would convert all the terms and conditions of your transaction into code. Here, there would be two elements you need to know. One is the value to be given by the other party to you (let’s say it’s bitcoin). The other is the set of rules/tasks you need to abide by in order for the value to be released.

All of these is input in a smart contract through the solidity programming language, for which you’ll need to hire experienced smart contract developers. Now, as soon as you complete the pre-requisite tasks for the transaction to take place, the smart contract will automatically release the value of the reward as written on the contract. This entire transaction would be validated on a blockchain network, thereby avoiding interference in any centralized authority.

You’ve obviously opened a bank account at some point, and perhaps you also have taken a considerable amount of time and patience to have formalities executed for several legal purposes, such as registration of your company, verification of identity for availing services, for using SIM cards. You get it.

Even in the presence of digital identity verification methods such as eKYC, your identity rests in the hands of third parties, and you still need to carry and safeguard your physical documents. Physical paperwork for securing your identity in a digital world simply won’t suffice. What’s even more unacceptable is that you never know when your personal details are used for any intent, whether it’s fraudulent or nay.

So what if your identity and all your personal documentation were secured on a public, decentralized and immutable blockchain network? What if the verification of your personal details could only be done when you validate a request for the same? Blockchain makes all of that possible. So what is the role of smart contracts in digital identity management?

As I mentioned before, smart contracts are self-executing contracts usually developed by a few of the top smart contract development companies. Therefore they can execute an exchange of information without interference from a third party. This can be revolutionary in the verification of your personal details for availing all kinds of services. The terms and conditions encoded within a smart contract could potentially access your details and accept or reject a transaction based on the same.

For example, if your personal details are placed in a blockchain network, an organization can request access to it. A smart contract program used by the organization can then access this data and decide whether to fulfill your needs or not.

Such a use case for robust smart contract solutions can be done for various purposes such as credit of loans, admission in educational institutions, for real estate, for the execution of notaries, for opening bank accounts and more.

Basically, we can use smart contract in blockchain networks for almost all purposes where your identity is used. Imagine checking out from eCommerce stores by simply sharing your blockchain IDs for confirming transactions.

If you’re an entrepreneur, smart contracts through blockchain can alleviate almost all issues with background checks. An HR could easily verify personal and previous employment details of job candidates by simply accessing their Blockchain IDs and filtering them for screening through smart contracts. Smart contracts can help verify data of travelers for immigration purposes and put an end to all hassles of both travelers and immigration authorities alike.

The amalgamation of smart contracts and Blockchain can enable the creation of a genuine form of self-sovereign identity for people. The use of blockchain provides an independent, digital and decentralized identity to everyone, even the poorest of people. The absence of paperwork means that your identity will never be lost to unconscious mistakes such as misplacement or physical damage to paperwork.

Even the homeless people will have an identity to avail services, as they won’t have the need to carry all sorts of physical documents and face the threat of losing it due to weather, misplacement and other casualties.

Robust smart contract solutions developed by a smart contract development company will enable users to use their identity for availing services in a truly independent way. People wouldn’t have to rely on the whims, biases and the mood of authorities for verification of their details and processing of transactions.

To summarize, blockchain smart contracts built by smart contracts development company are key to a trustless world, where we’ll get rid of the consequences caused by a breach of trust on part of humans. It might create a world where humans will not have to rely on each other, but on an independent, decentralized, distributed set of technologies to get things done (for better or worse).

Sure, the robust smart contract solutions aren’t perfect either. At the end of the day, they’re a program developed by top smart contract development companies and a program can become malicious if controlled by the hands of those with malicious intent.

Either way, they are still a revolutionary technology, and every business needs some of this stuff today. In lieu of the above-mentioned use cases with smart contracts in blockchain, you might understand how they’re important to negate consumer concerns with having their personal details managed by centralized organizations.

At valuecoders we outsource expert smart contract developers having experience of minimum three years as we understand how important smart contract is for a business. You can fill up the query form for free consultation.