How Blockchain will Transform AI

In this blog, we shall discuss one of the recent developments in the digital world that is touted to become the most glorious combination of the recent times - Combining Blockchain with AI.

AI or Artificial Intelligence has been making some rapid progress since the last decade when it started gaining prominence. In the last couple of years, the industry and its brilliant scientists have managed to develop some really smart systems that closely resembled near human capabilities and brought forth the true potential of AI.

Blockchain is another technology that revolutionized the major verticals of business in the last few years.  Cryptocurrencies have unleashed a new forte of monetary transactions and currency in the financial sector. It has also extended into  Healthcare sector, Money transfers, business logistics and much more.

Learn more on How Entrepreneurs Can Leverage Blockchain in 2019

Let us discuss Blockchain based AI in detail.

What is Blockchain Technology?

Anyone remotely associated with the cryptography scenario will know all about blockchain technology.

Blockchain, in very simple words, is a digital ledger stores anything valuable. It is a growing list of records and cryptography links these blocks to one another. The blockchain is entirely decentralized and the validation of transactions in a blockchain takes place by the mutual consensus of the nodes that are the part of the network.  Hence, the technology is deemed to be incorruptible because a hacker will have to break into all the nodes at the same time to hack the data in a blockchain. Transparency is another virtue that blockchain technology holds, since a block that has been added to the blockchain cannot be altered, no matter what.

Recently, there has been concerns regarding the privacy in the blockchain network and this has given rise to Private Blockchain. Such blockchains have restricted entries and the current members will decide on who will have the entry to the blockchain and in effect, who will validate the transactions.

Researchers are currently focusing on combining Blockchain and AI to solve the problems related to storage of big data in AI.

What is Artificial Intelligence?

Artificial Intelligence, or AI in short , refers to a branch of computer science that deals with the creation of machines of that perform tasks and react just like the human beings. Computers with artificial intelligence performs an array of activities including speech recognition, Learning, Planning and Problem Solving.

Anyone with a smartphone will be familiar with iPhone’s Siri or Google Voice Assistant. These are the examples of the most subtle forms in which AI influences our daily lives.

AI intends to put in its might to allow machines to learn and apply the knowledge gained from large streams of data to make them more intelligent. From a simple speech recognition to self driven cards, the potential of AI is unlimited. Blockchain based AI will help in storage of such large streams of data without the concerns of security and loss.

AI and Blockchain - The Glorious Amalgamation

At the grassroot level, blockchain’s sole purpose is to keep accurate records, authentication and execution of the code stored in it. AI helps in decision making,  recognising specific patterns and datasets and enabling seamless interaction. Blockchain Technology and AI has many characteristics that are symbiotic in nature. This will ensure the interaction between them is seamless and leads to the expansion of AI into sectors that were deemed impossible in the past.

Here, we list down five reasons why AI & Blockchain Technology is a killer combination.

All the financial businesses in today’s day and age require very high level of security when they are dealing with transactions of high value on the blockchain network. Existing protocols can guarantee this very effectively. As far as artificial intelligence is concerned, machines with AI will be autonomous in nature and this would require a very high level of security so that it can eliminate any chance of occurrences of catastrophe. Blockchain based AI can ensure this high grade security.

The blockchain technology functions on the basis of decentralized network of nodes. They work together to solve very complex algorithms. The blockchain network has a mining node will find out the best solution and add that  entry to the blockchain ledger.

Artificial intelligence works on a very similar mechanism. Whenever the AI system needs to make a decision, it will work out all the possible solutions and its alternating branches. This results in a first decision taken by the AI system.

The system considers all the alternatives that are possible for the situation at hand and evaluates them. Only then will the AI system choose the best option. Blockchain based AI system will divide the entire task at hand among thousands of nodes located globally instead of a centralized single system. This will make the entire process faster and more accountable.

The advancement in artificial intelligence depends a lot on the availability of data from a number of sources. Many companies like Facebook, Google and Amazon have a large number of data sources that can be beneficial to AI for many purposes. However, much of this data is not available to the public.

The blockchain technology deals with this issue very easily . It works on the principles of peer to peer connection. It is an open,distributed registry and the data in there can be accessed by anyone on the network.  When this technology is implemented, the monopoly of some companies over the data will come to soon end and the era of free and open data will flow in.

Now that we know all about how to make the data available, next arises the task to secure and scale the data. The recent estimation is that there is around 1.3 zettabytes of data. A branch of AI, called Artificial General Intelligence has the potential to be modeled as a feedback control system. This will enable the autonomous agents to interact with physical environment in a much efficient way.

When loads of data is stored in a decentralized system, there are many benefits over the traditional centralised data storage. In cases of any natural disasters or crisis, data is not stored in a single location and hence, it is safe. The possibilities of data is entirely removed and data remains corruption free.

This would probably a most important aspect of combining Blockchain and AI. if you are active on social media platforms like Twitter and Facebook, you will know that you have to seek permission and rights to upload content out there.

Similarly, when data is generated for building models,  Blockchain Technology will make the process of putting restrictions and giving out licenses very easily.

Combining Blockchain and AI will ensure the control of the data usage, privacy of the data and security of the system. The killer merging of AI and Blockchain Technology will have great benefits in the future.

﻿Isha Parmar is a Senior Content Writer at Infinite Open Source Solutions, one of the leading direct selling software companies in India. She is a voracious reader and enjoy a broad spectrum of subjects ranging from romance and fiction to the latest technology. Her one of the well known blogs is – https://infinitemlmsoftware.com/blog/importance-of-multi-vendor-ecommerce-software 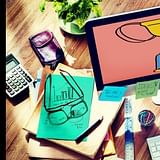 Sales emails not getting results? Here's what to do next

How to Use Voice Commerce for Better Marketing and Promotion?

How Grocery & Food Retailers Use Chatbots To Personalize Shopping Experience?