How I taught autistic students and transformed my own life 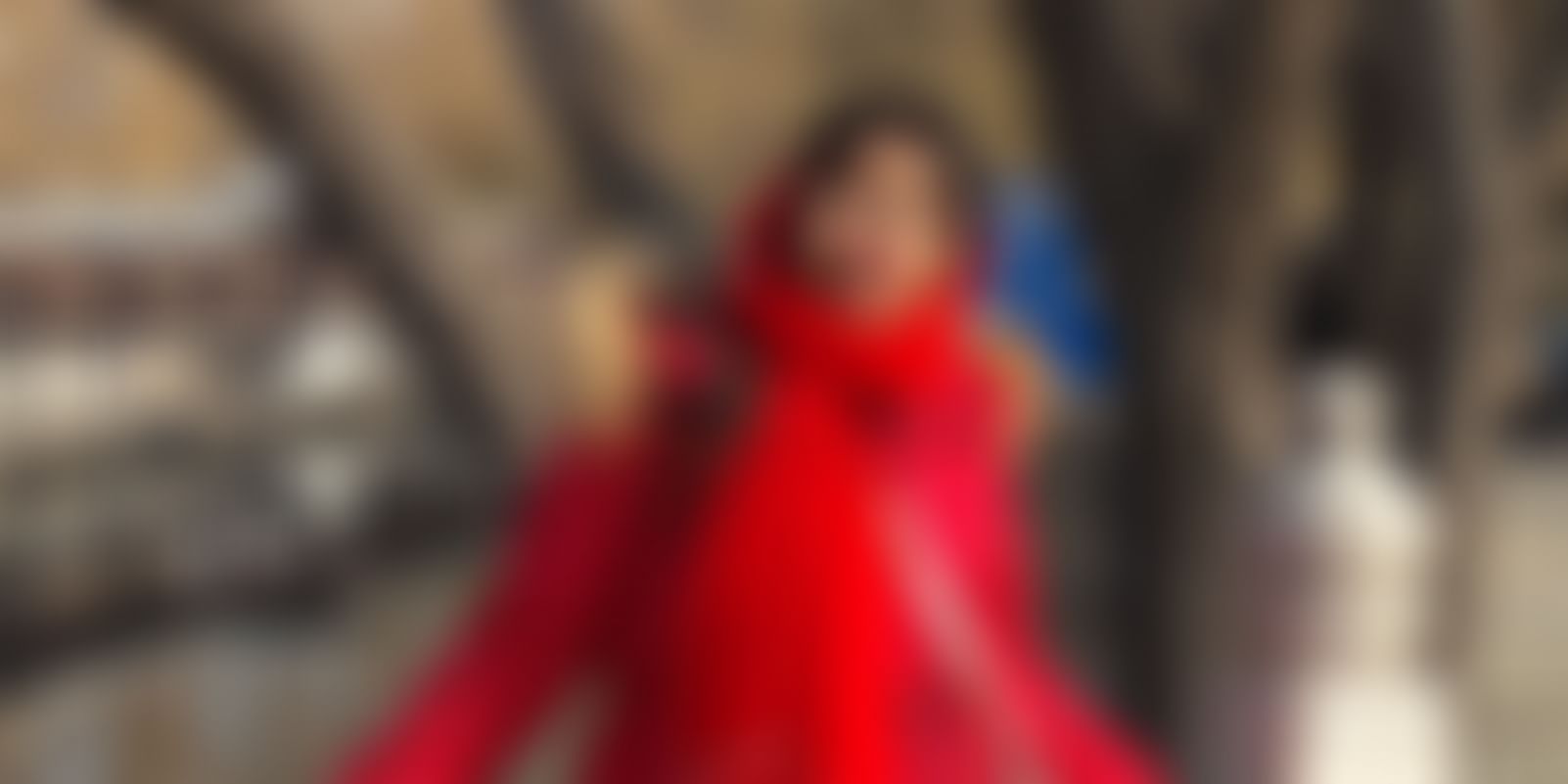 My journey with AIESEC started when I came to know about it through a senior. I joined AIESEC and chose to volunteer abroad as a “Global Volunteer”. I had to put forth all my details, CV, and preferable dates for the internship in the opportunity portal. This is a portal through which one registers and which shows different available projects in different countries that one can opt for. I applied for 3 projects in four different countries viz. Vietnam, Turkey, Romania, and China. I got calls from each of these project managers and specific date and time were decided for interviews. The interviews lasted for 1 hour each and, to my surprise, got selected in all of them except Romania. I chose to intern in Beijing, China.

The interview for China project:

I had learnt some basic Chinese words to impress the interviewer, and so I greeted her in Chinese. I was asked about my strengths and weaknesses, the reasons for choosing that particular project, my knowledge about Chinese custom and traditions, previous volunteering experiences, etc. I was also asked if I had ever been a leader before, and was asked to explain how I would react if there were some problems in my team and if I was not on the same page as some of my teammates.

In general, the interview is quite simple where they just try to test your leadership quality and assess your communication skills. After I chose Beijing under the local committee of AIESEC, RUC (Renmin University community), it was followed by a preparation period which included the introduction to the project, learning specific Chinese phrases and words, and other interviews for accommodation, visa preparation, etc. After this period ended, we (the interns selected for this specific project – Mariana from Russia, Dadai from Australia, and the team leaders Vickey and Brenda from China) had to do a pre-project work on researching on certain aspects of the project. Online classes were scheduled to deal and understand the cultural difference and the work atmosphere in China.

The name of my project was Starlight. My work was divided into two major parts- the first was dealing with autistic children from Wucailu school of autistic children and helping in the Rong Ai Rong Le family support centre with intellectual disability (which focuses on helping families to educate autistic children after school). The second part was teaching and interacting with children from 5th and 6th class of Hua Ao elementary school.

Dealing with autistic kids was a herculean task. In the beginning, I took special classes for learning how to deal with them, control them, and reciprocate to them. I worked as English language teacher, and now I take pride in stating that after two months of classes with my colleagues, my autistic students learned to write small sentences! In China, every person has a Chinese name and an English name, like the proper name and nickname concept in India. Here, the English name acts like a nickname and is given by every child’s first English teacher! Yes, you heard that right. The concept goes something like this – the child’s first English teacher writes a few names on the board during initial classes and spells it repeatedly. Slowly, one child gets attracted to a particular name and repeats after the teacher and in turn, receives the name! I was very lucky to be the first English teacher of many students and in turn got the responsibility (and honour) of providing their English names which they would carry all their life.

I used to take classes on Monday, Wednesday, and Saturday from 10:00 am to 3:00 pm. In the pre-project work given before coming to China, we had to prepare a reference syllabus according to the school’s syllabus – how we would teach them and who would teach which subject. So, as per the decided syllabus and schedule, we started our work with great enthusiasm. Giving the English names in the first 2 classes was followed by lessons on alphabets and numbers, then a bit of grammar was introduced. The spelling tests came, and the process ended up with them writing small sentences. The Saturday classes were different as we used to go to the Olympic forest with the children and run 10 km with them in the early morning in temperature below zero degrees. After a 1-hr rest, we started our research work with 2 to 4 children that we were assigned – we had to observe them and interact with them casually. From repeating every word 10-12 times in the same tone so that they can process it and giving high-fives for increasing their enthusiasm, to giving gentle knocks on their forehead when they acted stubborn and unruly, I had to do it all – thanks to the training that I received initially. Interacting with them was an eye-opening experience and I learned a lot of new things.

This was focused on teaching the migrant children living in poor conditions and studying at Hua Ao elementary school, for 6 weeks. I had taken the responsibility of teaching them the basics of human rights and political science. I informed them about international affairs like world wars and their causes. I also asked them to write about what they thought would happen if there was a third world war. They came up with great essays but I would always remember the answer of one boy. To quote a line from his essay: “..if a third world war happens then they will ask me to go as they asked my dad. But ma’am I do not want to die like my father did. My mother cried a lot and I cannot leave her alone like my dad did.” Probably this boy was the son of a Chinese soldier who had died in the line of duty.

They were not able to pronounce my name for some reason and used to call me as human rights ma’am. I also remember scolding the class badly one day as they were being very unruly and the next day when I went to school I received about 62 apology notes from them! I took classes every Tuesday, Thursday, and Friday and the timings were from 9:30 am to 4:00 pm. I talked about different autobiographies, biographies, current affairs, moral values, Indian culture, etc. and asked them to write essays on various topics. I encouraged them to share their dreams and what they wanted to become in life. The last day of our class was really a hard day for me as we had become like a family and it was difficult to leave them. They all even made beautiful cards for me on the last day.

Sunday was really special as it was the only free day for us to visit Beijing. We visited a lot of places like the Forbidden city, Tiananmen square, Temple of heaven, Great wall of China (Badaling, Mutianyu), Summer palace, Yonghe temple, Ming tombs, Jingshan park, Wangfujing street, Beijing national stadium and aquatic centre, Mausoleum of Mao Zedong, Capital Museum, CCTV Headquarters, Beijing Zoo, Happy valley Beijing, Beijing world park, The Ruins of Yuanmingyuan, etc. It was helluva fun and very safe too. The people were kind and tried to help us in every possible way. Just like Indians, even Chinese people get very excited when they see foreigners and come to take pictures.

I was staying with a Chinese host family, which was free and arranged by AIESEC. The landlady cooked local dishes for me and the landlord took me to different places. Their two daughters, almost same age as mine, were my roommates. I liked the food for the first few days, but after that, I couldn’t put up with it. Thus, my roommates took me to the supermarket where I bought essentials and started cooking my own food. This was a big lesson for me as I had never cooked in my life before. I sucked in the beginning and it felt like I was playing the game of Man vs Wild but after a week of trying, I could finally cook rice and potatoes properly. This was how the dinner and breakfast went; the lunch was provided by the RUC canteen. On Sundays, we used to go out and try Chinese delicacies from restaurants, even though the chicken was rarely present on the menu. Apart from the kim pao chicken, we had the Beijing duck, the spicy crayfish, the Beijing lamb hot pot, sushi, zha jiang noodles, dumplings, Peking roast duck, barbecue skewers, lobsters, the snake sticks, tofu, shredded pork, etc.

For the whole duration, the temperature ranged from -20 to -7 degree Celcius and there was snowfall too. The biggest problem that I faced was the language. From travelling to eating out, language was the main barrier as even the menu cards were written in Chinese. If by chance we did not have any Chinese friend with us, then we had to select food with the help of pictures and the basic Chinese that we knew. Travelling was difficult and even though we used the subway mostly, a couple of times we ended in the police station struggling without our translator and, at the end, realized that even the police officers didn’t know English. The next problem was with the internet as Google and Facebook were banned in China. We had to use the Chinese server, Baidu, where everything was written in Chinese!

Have you ever missed a flight? Umm…an international flight? Did you miss it because you were lost in writing a thank you mail to your team leader when the silent airport was busy screening that there was a change in the gate number for your flight? Well, this is what happened with me at Hong Kong airport while coming back. I had to stay at the airport for 24 hours with only 40 Hong Kong $ left with me and even the cheapest burger in McDonald’s was for 45 Hong Kong $ without VAT & service tax. I thought I would have to stay hungry the whole day, but God was there to help me. It started with a Mumbaikar who treated me in McDonald’s when he got to know about my condition. Then I met two Punjabis who treated me for lunch and even gave me 100 US $ for emergency (which I still haven’t spent), and then I met an advocate from Hyderabad, practicing in High Court, who in turn treated me to a Starbucks coffee. I was really dumbstruck and couldn’t believe all the help that I was getting. And I saw a new ‘me’ in this circumstance – one who even in the state of agony and anxiety could talk to people, manage new tickets, and sit for 24 hrs in an unknown land with unknown people all around. I found that I had developed a new kind of self-confidence; not once did I cry. Instead, I was busy interviewing with the advocate, interacting with foreigners and inviting them to India, and lastly even bagging an internship under that advocate. And all this was possible only because of my internship in Beijing – I can’t quantify in mere words my learnings from that experience!

Author of the article: Anushka Misra