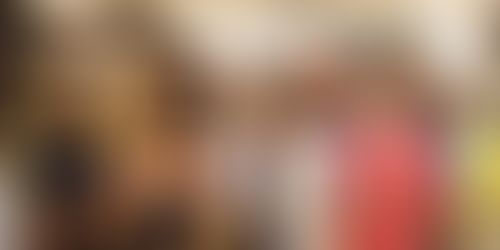 One could argue that India’s economic growth is severely thwarted by lost opportunities accrued to our humongous gender earning a gap.

It is pertinent to observe that there are gaps of 65% and 77% in labour participation and earned income respectively, as well as a shocking 85% gap between women and men serving as legislators and business leaders.

Women participation in decision making and entrepreneurship is heading for an upward trend, but we are still quite far from reaching a strong change, primarily due to the lack of financial literacy amongst the fairer sex.

We can better understand this using Japan as an example, whose economic participation gap is at an odd 45 % . According to the World Economic Forum, if this gap is closed, it could contribute an additional US $ 550 billion to Japan’s GDP. We can only imagine how much of India’s GDP could and would rise if the prevailing gap is even marginally closed!

Need for a financial product only for women

In this new wake, product managers and marketers across industries have been relentlessly working towards offering products which are customized for women. FMCG seems to be a hot favorite, where soaps, fragrances, bags, two-wheelers and many more product categories can be included to the list.

Financial service providers are yet to do this and definitely need to take a page from the FMCG industry’s books. One may argue that the micro-credit industry is largely seen working with and for women benefit by providing them with loans and passbooks, but this serves as more of an ‘enabling’ strategy that could push credit into households than playing a key role in alleviating families out of poverty by making their women independent.

It is also a commonplace observation that while women do own assets, it is usually men – whether as direct or indirect relatives – who step in to ‘manage’ the same for women. These men decide to deal with the representatives of financial services on behalf of their female relatives under the pretext that financial products are too complicated for women to understand and therefore, they might get duped.

Women face a variety of socio-economic challenges in developing nations such as our own. As of 2011, literacy rates for women were just 65% as compared to 82% for men. Another disturbing trend has been the falling participation of Indian women in the labour force from around 36% in 1994 to hardly 20.2% in 2012.

India’s patriarchal society has historically prevented women from owning assets, except for a few micro-communities. It is worthy of mentioning that the truth still remains more male dominated as 85% of investors in stock markets are men, clearly showing where the buck stops.

A key factor that inhibits Indian women from achieving financial security is financial illiteracy. In 2014, S&P had conducted a survey which highlighted a 5 point percentage gap between men and women when it comes to financial literacy globally. However, this gap was a wider 8 points among Indian men and women.

This prevents women from creating financial assets over the longer term. The perception that handling finances is a man’s job also hasn’t helped. Another issue that contributes to financial illiteracy among women is the delegation of domestic duties between married couples, where men are exposed to engaging with financial instruments whereas women are supposed to primarily handle domestic matters.

Why do women need to save more than men?

Firstly, women end up living longer. On an average, a man’s life expectancy is 66.9 years as compared to almost 70 years in the case of women.

Thirdly women get lower salary hikes than men due to an apparent threat of break or discontinuation of service.

Career breaks and the impact on income

Especially in India, women end up taking career breaks for the sake of family and when they have to create their own. If their husbands end up getting a job in another city, a woman is highly likely to leave her job and travel with her husband. In many households, after marriage, women aren’t encouraged to pursue a professional career or earn an income.

Most major firms provide gratuity and employee provident fund (EPF) to their employees. The amount accrued for an individual is directly proportional to the number of years he or she was employed. Because women are unable to be employed for a longer duration as compared to men, the gratuity or PF amount they earn is lower.

Financial service providers must consider women as clients with a multitude of needs rather than focusing on them as a larger group through limited perspectives of microcredit or group loans or digital platforms. There needs to be a constant effort to improve financial literacy amongst women, with special emphasis on women from lower income groups and to increase their involvement in managing finances.

One simple solution could be offering doorstep banking services for women in rural areas, since 69% of Indian women live in backward areas with poor banking infrastructure and cannot travel due to domestic duties or safety issues. Financial service providers must also be encouraged to appoint more women as distributors or agents.

More importantly, we need to instill the value of investment and the discipline of financial investing in our girls and our women early on. Not only will this make them run households better, but will also bring a turnaround in the fortunes of our nation.