Outlook on The Internet of Things (IoT) and Healthcare

In an era where welfare is the sole focus of the healthcare industry, advancements have stayed steadfast. Now, means to tackle chronic illnesses and eradicating some of the deadly diseases known to mankind are secondary to most of us.

Yet, we should not just indulge ourselves in happiness solely for these progressions. It is needed for healthcare providers to resort to new ways of monitoring health along with finding methods for storing heaps of data crucial to the future.

The much-needed enactment of the Internet of Things (IoT) for healthcare is yet to flourish. However, some small yet effectual innovations have so far taken place worldwide. While small, we should not set aside these advances. Instead, the vast spectrum of healthcare is being given importance to and IoT is going to play a great role only to improve it further.

Some of the known changes are monitoring, data tracking and data storage. That, for now, is the core focus of IoT and healthcare, which is expected to change the healthcare landscape gradually, yet with more prosperity.

Medical devices should be able to instantly alert doctors in case of any life-threatening situations. Failing to do so brings human lives at stake. Now IoT-driven devices are entering the healthcare landscape allowing doctors to track patient’s heartbeat, pulse, and blood pressure rates in real-time. In case of any instabilities in the following areas, doctors are instantly notified. The time taken to provide urgent treatment is becoming quicker now that doctors will be able to accurately determine the issues at hand.

Storing and streamlining data after extensive sessions of analysis consumes both time and data. What the inclusion of IoT has done is that the need to store data has been completely eliminated. Now data is being analyzed in real-time along with the generation of relevant reports.

Since data processing has sped up, the data will be collected instantly over a cloud platform, in turn, letting healthcare providers check results instantly. The only prerequisite for assorting data in a cloud environment is stable internet connectivity. Once you connect the system to a high speed internet connection, your results will less likely have any errors.

In a situation of emergency, now patients can contact doctors directly using their smartphones. This led to the emergence of remote healthcare. Patients can share their symptoms and get a quick diagnosis. Professionals in the healthcare industry have their doubts about remote assistance since it lacks the physical inspection for diagnosis. Yet some attributes of the healthcare system have begun testing various domains of medical assistance.

Discussing every intricate detail of the advent of IoT is impossible therefore, the best way is to jot down the current applications of IoT in the healthcare industry.

Accessibility in disability is revolutionizing wearable technology. It would not have made sense had IoT not contributed to wearable tech. Now hearing aids, or should we call them Hearables, are the new norm to supporting those who are hard of hearing. A well-known example is of the smart earbuds by Doppler Labs. It is quite innovatory how two small pieces of earbuds are filtering and canceling out unwanted noises for better hearing abilities.

Devices that control and improve your mood are no longer fictitious. Wearable technology is also paving a pathway toward betterment for mental well being. Patients facing mood and emotional disorders now have the technology to resort to. Relying on medication leads to problems in aging and more depressive episodes. Technology is focusing on emotions and wearable emotion-sensors are only a reality because of IoT.

The IoT realm still faces numerous challenges with data security and privacy being two core challenges faced so far. However, since IoT devices distribute data in real-time, the likelihood of misusing data is still in control. Every technological innovation has its pros and cons. Despite the major and trivial vulnerabilities, IoT is adamant in changing the landscape of patient care, interaction and medicine in the long run. 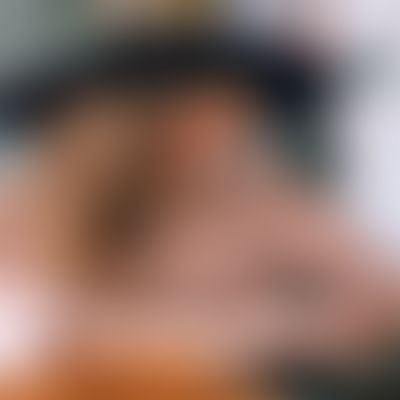