Reasons Why Progressive Web Apps will Rule the Roost in Future 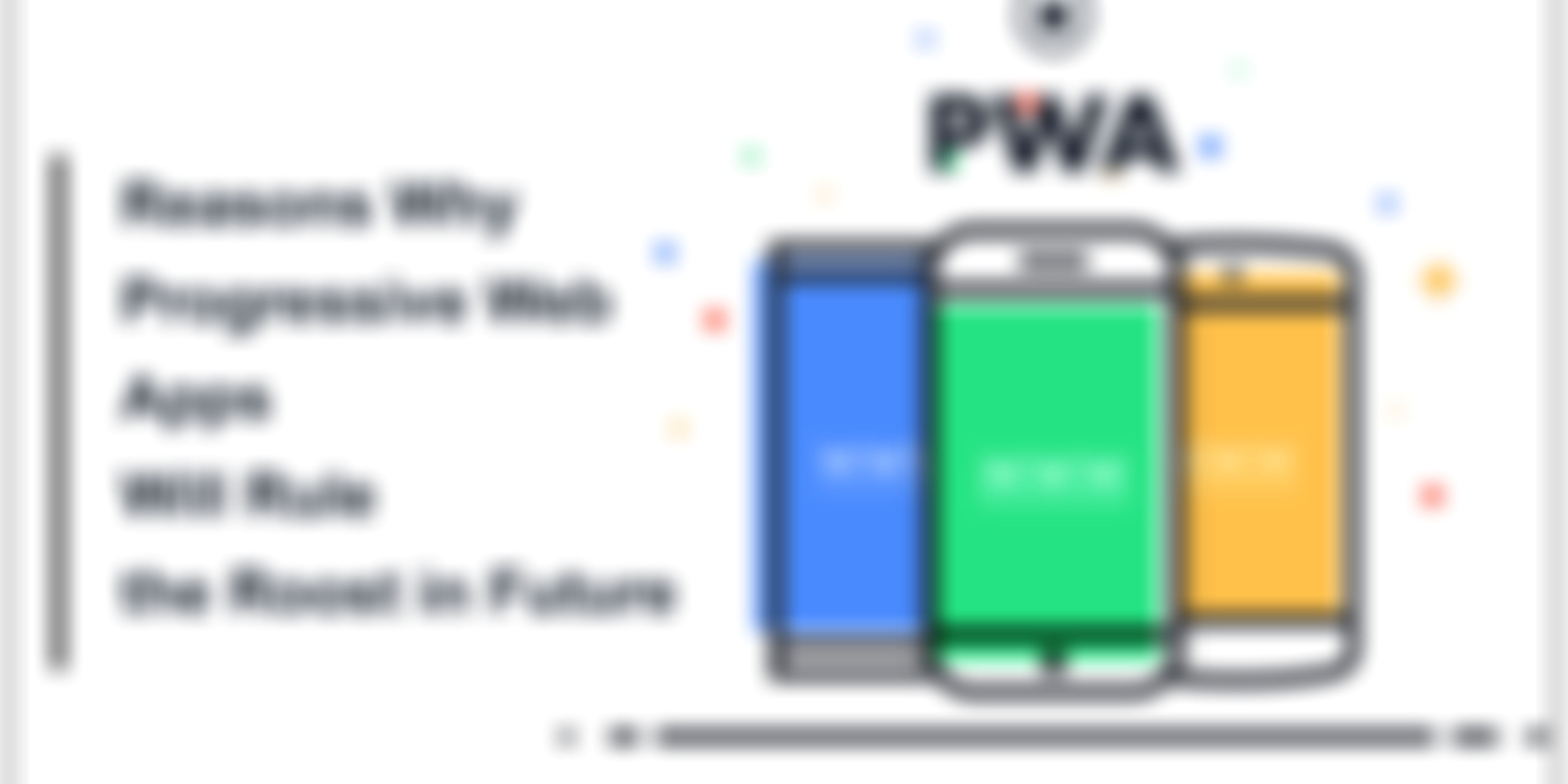 Gone are the days when mobile apps were considered a luxury. Today, no business can survive without taking mobile into consideration. If statistics are of any value then an average adult in the US spent about 2 hours and 55 minutes on smartphone in the year 2019 which was a straight 9 minute increase from the previous year.

Native mobile apps are known for offering the best user experience. Mobile websites have been around for a while, but frankly speaking they are not known for offering a smooth user experience. This is where native apps have an edge; however, they are confined to certain devices and hence sometimes create barriers to adoption. They are required to be downloaded which may seem time-consuming to few users. So, what’s the solution? The answer is Progressive Web Apps also known as PWAs.

Progressive web apps are easy to load owing to the service workers. They can load quite easily in low connectivity areas as well. And due to pre-caching the app is up to date at all times. They are not required to be updated every now and then.

PWAs developed cutting edge progressive apps builders exhibit great efficiency. In fact they are considered more efficient than native mobile apps. They are accessible without draining the storage on user’s smartphone. Unike, mobile apps, users do not have to literally download the app in order to use it and yet they can add it to their home screen.

Flexibility is another hallmark of PWAs. They have gained immense popularity, especially in the past one year. From Google to Twitter, Microsoft and Apple, all are making a transition to PWAs owing to the flexibility it offers. If a business wants to sustain in the ever competitive mobile market then progressive web apps is the answer.

Statistics Say It All!

Pinterest users spent 40 percent more time on their progressive web app as compared to their mobile website. Core engagement increased by 60 percent and ad revenue also shot up by a whopping 44 percent. Flipkart users also preferred Flipkart PWA over their native app. These statistics are enough to validate the fact that progressive web apps and PWA ecommerce are the future.

Technology keeps evolving with time passage in order to make life easy for people. Progressive web apps or PWAs are the latest rage. They have announced their arrival and they are here to transform businesses and the way we used mobile over the years. From start-ups to business giants, all are poised to make a transition to this cutting edge technology.