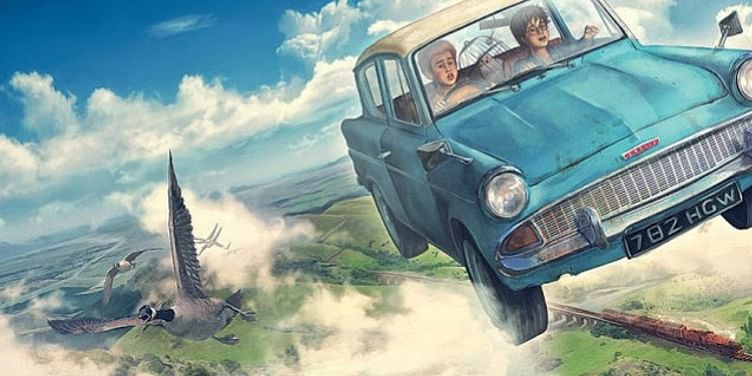 I vividly remember stumbling upon Harry Potter and the Chamber of secrets while shuffling through a pile of books at a literature fest. Its azure cover had a picture of Ron driving a flying car! The sight of it opened the doors of fathomless possibilities held by technology for a 13 year old me. Moreover, it showed a glimpse of Humans’ unusual ability to see faint outlines of another reality, just over the horizon.

It was around the early 1800s, when a new attitude towards progress foresaw the future as an undiscovered realm. Connectivity was slight, tools were girthy and slow, tech start-ups sank within months of launch, unable to stay afloat on the ethereal promise of the dream mankind saw. However, scintillation of an ideal future did not let downfalls to daunt humans for long. Driven to satiate their needs, they saw bugs as opportunities. A new question had arrived at the doorstep of humans asking their new identity in this changing world?

Today, the answer lies in amalgamating the distinct approach of man and machine to fore-lay the path for scientific progress. Empathy, love and judgement of humans are irreplaceable. Machines, on the other hand, can process algorithms giving astonishing predictive powers that extend beyond the limits of thought of a human mind. Clubbing these will change the way the world has ever worked.

Today, in the age of Industrial revolution 4.0, the focus on fusion of technologies is blurring the lines among the spheres of technology, biology and society.  The Internet has made us omnipresent and omniscient. Cloud computing has put vast quantities of power at everyone’s fingertips. Cyber-physical systems, data analytics, cognitive computing, 3-D printing, IoT etc are other new horizons to explore. According to Forbes, by 2020, IoT technology will be in 95% of electronics for new product designs. And by 2050 it is expected to have everything connected to the cloud and to the internet, creating 2.3M jobs.

We are increasingly sharing our spot as the apex information-processing and tool-building species on our planet. Algorithms are the decision-makers when Facebook chooses what information to feed us based on our conceived behavioral patterns. Also, it allows us to forecast some features of the behavior of adaptive systems that learn and evolve, while instruments gather unprecedented amounts of information about them. And these statistical models and predictions often get things right. Studies of genomic data, for example, can capture hundreds of parameters – patient, cell-type, gene location and more – and link the origin of diseases to thousands of potentially important factors.

Similarly, better and low-cost health care can be achieved through the implementation of AI-driven diagnostics, personalized treatment, early identification of potential pandemics, and imaging diagnostics, among others. Tech giants like Intel and IMEC have already unveiled their chips with capability of self-learning in an attempt to mimic neuro-biological architectures present in the nervous system. Other future breakthroughs will be Nanobots, brain-computer interface, stem cell treatments etc that will optimise the working capacity of the human body forever.

The UN predicts there will be two billion more people in the world by 2050, creating a demand for 70 percent more food. By that time, 80 percent of us will be living in cities. Technologies like Closed ecological systems, floating vertical farms etc will come handy to meet the demand. Agricultural robots will play a pivotal role in the harvesting stage. Its utility includes weed control, cloud seeding, real-time advisory, planting seeds, harvesting, environmental monitoring and soil analysis. For an agrarian economy like India, It can play a major role in alleviating poverty among our Annadatas- farmers and related professions.

Our future cities will also evolve to be sustainable with ambitions to be a zero-carbon environment. Masdar city, Abu Dhabi is one standing example. Technologies like Hyperloop and autonomous vehicles will revolutionize our daily commuting.

The human spirit must prevail over technology

This co-evolutionary dance among the three spheres has been going on for millennia now. It is changing who we are and the society we live in at a blinding pace. We are likely to be the first species on Earth to design our own evolutionary progeny, whether composed of silicon or carbon – or, more likely, a combination of both. The result might be frightening, but it might also be beautiful. However, most future technologies will continue to arrive inevitably, despite skepticism among academicians about this upgradation. The first time humans witnessed electricity, they made much of dubiety about it but decades after look where we are. The most successful forms of future knowledge will be those that harmonize the human dream of understanding with the increasingly obscure echoes of the machines. Those men who can do so will emerge as new champions.

And now, Harry, let us step out into the night and pursue that flighty temptress, adventure- Alfred Dumbledore

Mobile Computing and its Advantages, Disadvantages and Applications

Selling on e-commerce platforms? Here's how TDS will impact your business!