The Evolution of Voice Interface 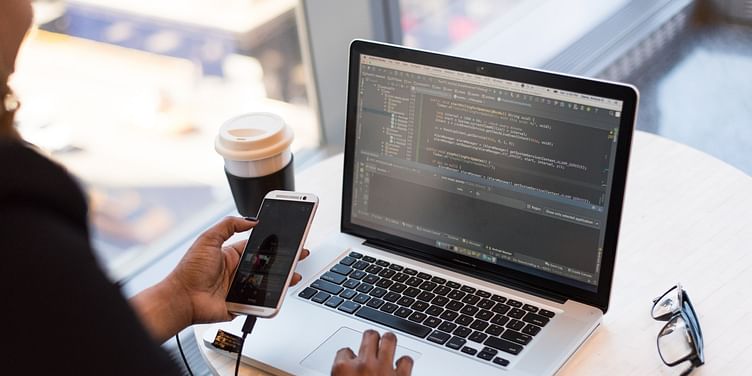 It’s no secret that over the course of the last 10 years, the pace of technological innovation has increased at a dizzying rate – technological advancements that were, at one time, believed to be too far-fetched to become reality.

One such technological innovation is that of voice interface technology, which has taken the tech community by storm and was quickly adopted as a viable mode of device control. Users can now perform voice searches, control their vehicle’s navigational system, and even change their TV program with the mere sound of their voice.

Some have gone as far as predicting that voice commands will become the interface of the future. However, there are still many innate limitations that, if left unchanged, will prevent voice interface from becoming as prevalent as some might believe.

That said, it’s obvious that voice search will continue to play a big role within modern technology, especially as new devices become integrated with this interface.

In this article, we will take a look at the evolution of voice interfaces, and the potential for this interface to change the way we work, play, and achieve daily tasks.

The Features of Voice Interface

Let’s begin by highlighting some of the reasons why voice-based interfaces have seen a spike in popularity, and the reasons we believe voice interfaces will continue to expand its usage, moving forward.

Voice interfaces are easier for people to use, especially when they’re occupied with something else. It’s easier to ask your car to find a certain location than it is to type in that location manually. It’s easier to just talk to your TV when you want to change the program, but the remote control is across the room. This ability to quickly and easily interact with technology, using only our voice, is too inviting for most people to pass up.

One of the most underrated benefits of voice-based interfaces is the ability it provides for disabled people to interact with a given platform.

Even though they may be physically inhibited from using a physical interface, voice-interfaces put them back in control and gives them back a certain level of independence.

As mentioned above, one of the main features of a voice-based interface is the ability it provides for users to perform tasks or change settings without needing to shift their focus.

For example, you might be sitting in the living room and want to change the track playing on your home entertainment system. Or maybe you’re watching the game and feel the need to order pizza without breaking your full concentration. The possibilities that voice interfaces present are endless, and this is one of the main reasons why it’s so popular.

The Downside of Voice Interface

Despite all its touted benefits, voice interface tends to struggle with complex commands or queries. Even though voice interface is amazing when used for simple commands or tasks, it doesn’t offer the same ability to multitask as some other interfaces – namely text and visual interfaces. While voice search is faster for one-off questions or commands, voice interfaces are not yet advanced enough to handle a complex set of instructions or perform multi-step functions.

One of the most obvious drawbacks of voice interfaces is the necessarily audible aspect of using the interface. This is, perhaps, the primary structural flaw that prevents it from becoming as popular as text interfaces.

As you might have guessed, voice interfaces are very difficult to interact with in public settings, especially when you’re speaking about sensitive information or trying to make a personal query. In order to use voice search, people must speak audible commands or queries, and this creates a socially-awkward situation for both the user and the people around them.

Despite its ineffectiveness in public settings, voice search has become a favorite in private settings such as your vehicle’s media system, home entertainment system, TV, and other home gadgets, like Alexa. Users are able to use these voice interfaces in private settings without awkward social implications.

What Will the Future of Voice Interface Be?

The rapidly-changing technological environment makes it difficult for us to predict the future of voice interface technology. Nonetheless, it’s still interesting to analyze what the future may look like and make educated guesses at how various technologies will work together.

Let’s begin our analysis by reviewing the strengths of voice interface. It’s obvious that voice interface technology has many positive aspects, including its ease of use, speed, convenience, and hands-free design. However, voice interface still faces various structural and social drawbacks, including word recognition, its inability to perform complex functions, and the social implications of using voice interface in a public setting.

Even though voice interface technology has only scratched the surface of its full potential, it is being integrated with modern technology and devices at an extraordinary rate of speed. Even though voice interface is haunted by several structural and social flaws, we are beginning to see the future of this interface unfold, as it becomes integrated with text and visual interfaces to create a more accessible and unified user experience.