Who Are The Top 10 Mobile Game Developers In India 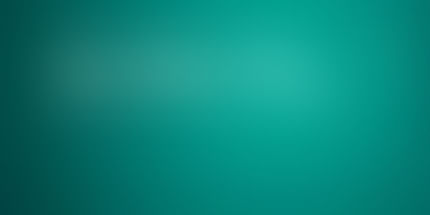 India is considered to be among the top players when it comes to the world of online mobile gaming. The industry of mobile game development is expanding pretty fast and is presently worth more than 890 million US dollars. As the demand for mobile games is constantly on the rise, there has been a sharp increase in the number of game development companies within the country. For example, now there are more than 250 Indian companies as compared to 2010 when there were merely 25.

As per market research, the mobile game development industry is expected to reach a worth of 1.1 billion US dollar by 2020. Along with this increase, the rise in the number gamers is also projected at 628 million. The growing expansion in the gaming industry has been possible in India because of the millions of smartphone users which is estimated to be more than 530 in number.

This post will include the top 10 game development companies in India and their massive contribution in influencing the scenario.

Red Apple Technologies: Founded by Mr. Arup Roy in 2011 at Delhi, Red Apple Technologies has become a trusted face in the sector of mobile game development. Since its inception, Red Apple has been serving all categories of gamers with unique and entertaining games belonging to varied genres. It uses the latest technologies in making games distinctive so that the game enthusiasts can be attracted and retained for long. With skilled developers, designers and artists, this organization has been able to create a mark for itself as one of the top mobile game developers in India.

Octro: This is one of the fastest and the largest growing mobile game development companies in the Indian circuit. The team of Octro has made the company gained prominence with popular games like Tambola, Indian Rummy, Teen Patti. These games have even topped the charts across platforms like Windows, iOS, Android etc. This company came into existence in the year 2006 by Saurabh Agarwal. Its initial aim was to create productivity applications for mobile devices. But after the success of Octro Talk, this organization ventured into the business of mobile gaming.

99 Games: This company came into being in the year 2008 in Karnataka. 99 Games is one of India’s leading publishers and developers of games catering to the demands across the globe. It has created games for gamers residing in both India and abroad. It is credited with the development of the most successful monetized game of India-Star Chef along with the most downloaded game-Dhoom:3 The Game. More than 18 game titles have been published since its inception. 50 million downloads have been clocked by its games till date.

Moonfrog Labs: This company has been established by proficient game developers to bring in sea change in the domain of mobile gaming and entertainment. Some of its games which are loved by millions of people include-Hidden Chronicles, Cafe World, Bubble Safari, Mafia Wars, Empires and Allies, CastleVille etc.

2Pi Interactive Pvt Ltd: This company boasts of creating quality games having world class. With its headquarter in Hyderabad it aims in providing standout experiences for all types of gamers. It is specialized in creating games that can entertain and engage players from all corners of the globe.

Games 2Win: This organization being one of the top 10 game development companies in India owns more than 50 proprietary mobile games. These games have resulted in more than 150 million downloads with super strong monthly and a daily active user base which is 80 percent outside of India. As a game publisher, some of its popular game titles are-Stories for friends, International Fashion Stylist, Driving Academy, Parking Frenzy, High School Driving Test and lots more. For the Indian market, Power Cricket T20 holds the first place.

Octane Tech: This is another renowned Indian game development company which utilizes cutting edge technologies for creating engaging and distinct games. Octane Tech has got a full fledged creative game and application studio which is dedicatedly serving the market of smartphone since 2008.

Dhruva Interactive: Established in 1997 at Bengaluru, Dhruva Interactive has been serving the gaming industry on a global basis. It offers multiple services for game content creation across various genres and platforms. It has a strong game development team focused in creating engaging games.

Creatiosoft: This company with its headquarter in Noida, develops games for Android, Windows, iOS etc. Till date it has developed more than 100 games and apps. Some of the softwares it uses in creating games include: Angualjs, Nodejs etc.

Dream11: It helps in attracting and engaging gamers from all over the world. This another reputed brand influencing mobile games to serve sports enthusiasts.

Conclusion: From the above discussion you can now have a good idea about the names of top 10 game development companies in India and their contributions towards the mobile gaming sector. Based upon your aspirations, you may approach any one of the above mentioned ones.