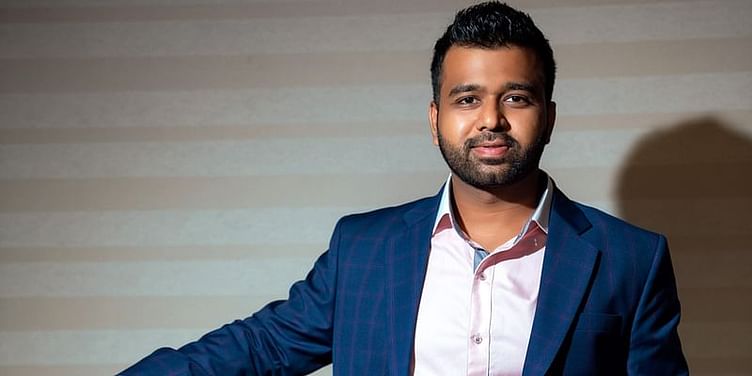 A part of Mittal Happy Cows Dairy Farms, Mr Milk has delivered A2 milk to 3,000 doorsteps in Pune and has recently expanded to Mumbai. Within a year of operation, it clocked Rs 1.8 crore revenue.

India has an adulterated milk problem. According to a survey carried out by FSSAI, 41 percent of raw and processed milk samples fall short of one or another quality parameter or standard. Such non-compliance in raw milk could either be due to the quality of feed and rearing practices or due to the milk being diluted.

Naresh Mittal, Founder of a leading Pune-based real estate company Mittal Group, realised how much the dairy industry in India was struggling. Digging more, he found that such adulterated milk, which also has preservatives and traces of growth hormones, has adverse effects on people’s health.

Being an entrepreneur since 1985 and having built various businesses across industries including education, packaging, and furniture, this problem prompted him to make a move in the dairy sector as well.

He started Mittal Happy Cows Dairy Farms in 2016 in Pune with an aim to provide high-quality milk to consumers and to tap into the niche market of A2 milk.

In an interaction with SMBStory, Neeraj Mittal, the second-generation entrepreneur and Director of the company says,

“A2 milk is close to a mother’s milk, an excellent source of calcium. It is healthier and easy to digest. We started this company to provide the highest quality of milk to people from desi cows, unlike A1 milk that is usually genetically modified.”

Mittal Happy Cows Dairy Farms was started using funds from the existing family-owned business — Mittal Group. Within two years, the company started selling milk to its friends and family without any branding, until 2019, when it launched the brand Mr Milk.

Delivering A2 milk to the doorstep

In the first year of operation, Mr Milk clocked Rs 1.8 crore revenue and Neeraj claims that the company has grown 200 percent in FY 20-21. He says such growth is due to increasing awareness of the consumption of quality, farm-fresh milk of desi cows.

Desi cows produce milk rich in A2 protein, and so when Neeraj’s father decided to set up the dairy farm, he bought 20 desi cows from Punjab, Gujarat, and Haryana.

“Crossbred cows give both A1 and A2 protein but when milk is sourced from different farms to meet the demand, these cows are also given hormonal injections to increase the yield. Hence, the quality of milk deteriorates,” Neeraj says.

Mr Milk does not procure milk from third-party sources, and has a single source working model. Right from procuring cows, operating processing units to last-mile delivery – everything is in-house.

“Our cows are nourished and nurtured with organically grown feed suitable for their needs. Our entire milking process is automated, hence there is no chance of adulteration. The calves are given priority for their mother’s milk. The entire process – right from procuring the cows to the distribution chain – is handled by us, assuring customers of the purity and integrity of our products,” Neeraj tells SMBStory.

Leveraging tech in the milking process, in 2016, the company also collaborated with a Swedish company – DeLaval, one of the pioneers in the world of milking technology.

To keep the cows comfortable and enable them to give quality and better yield, Neeraj says they installed water sprinklers, dairy fans, soft bedding, open paddocks for each shed, massage brushes, as well as keeping an adequate supply of fresh drinking water. The milking parlour is fully automated, with the milking clusters giving hand massage-like stimulation for milking, and the cows are bathed in shower tunnels to keep them clean and fresh.

Mr Milk now has more than 400 cows in farms spread over 85 acres that generate around 2,000 litres of milk per day. It successfully delivered full-fat A2 milk to the doorsteps of more than 3,000 homes, and has recently expanded to Mumbai in phase one, covering Sion, Chembur, Ghatkopar, Ville Parle, Bandra, Santacruz, and Khar.

Neeraj says that one of the major challenges they face is in sourcing cows. He narrates that while they bought 20 cows in the initial days, they ran the DNA test and fulfilled other medical procedures to ensure the cows were not cross-bred and given any chemicals. “This is an ongoing challenge as we have to be very careful with the cows we have in our farms,” he adds.

Another challenge Neeraj says that prevails in the industry is no control over the production of milk.

In 2019, Mr Milk also launched A2 paneer and in 2021, came up with curd. Mr Milk also makes ghee using the traditional binola method — where the milk is first made into curd, which is then churned into a cream that is used to make ghee. The product is also available on Amazon.

Neeraj says that the brand has a broad vision to reach pan India by replicating its farm model.

“We want to establish more farms across the country to deliver single source milk to consumers within 12 hours,” he adds.

Mr Milk has already expanded its wings to Mumbai in phase one, and is aiming to hit other areas such as Andheri, Borivali, Worli, and Nariman Point. It will also expand to Lonavala in the coming months, start producing bakery items, as well as enter into organic fruits and vegetables.